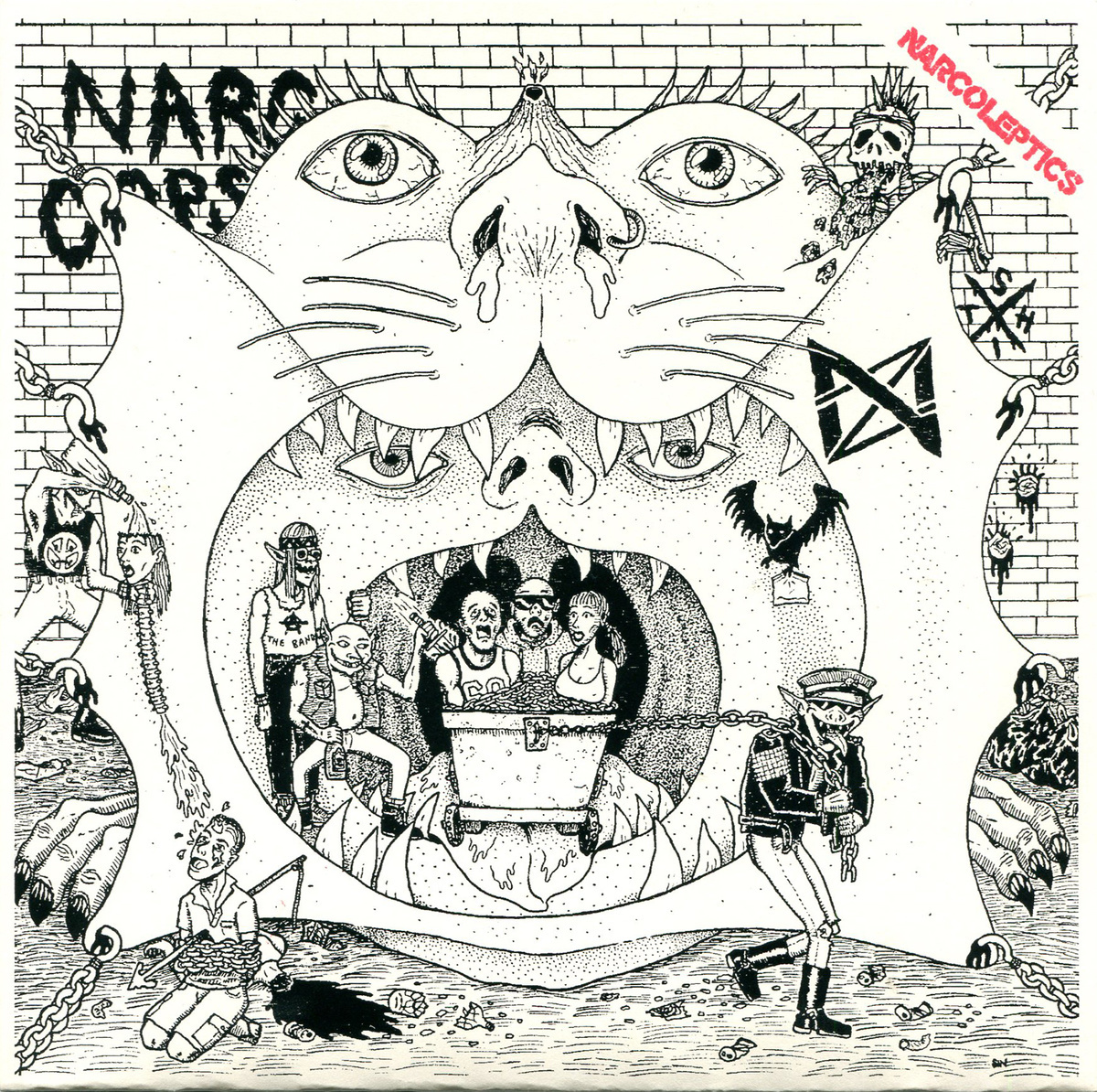 Raw to the bone chaotic hardcore that will have you spazzing the fuck out!!! A couple of weeks ago we covered the NARCOLEPTICS demo…Now these Raw Punk hellions are back with a new EP and it’s the fucking sonic attack that I live for!!! Unholy fuck this band jumps out of speakers into my body and has my whole being spazzing out! NARCOLEPTICS is the real deal and raw as OLD DIRTY BASTARD…I want this EP in my collection, like yesterday! Texas punk band KURRAKÄ’s 10-song self-titled LP is a blistering dark thrash attack that borrows elements from bands like Tozibabe, from the dark punk tradition of “Siniestro” Spanish bands like Paralasis Permanente, Morticia y Los Decrepitos, and Alaska y los Pegamoides; and (musically and viewpoint-wise) from the anarcho-punk tradition of bands like Dirt. Excuse as I jump out of my skin with Raw Punk excitement!!! The new RAZORHEADS 7″ is so so so fucking kick ass I want to inject into my veins. This should be played at every protest happening right now and the cops would not stand a chance. The intro the song Suffer is so on point…I would be so freaking happy when these New Jersey Punk’s release a full length…RAZORHEADS RULE SO HARD!