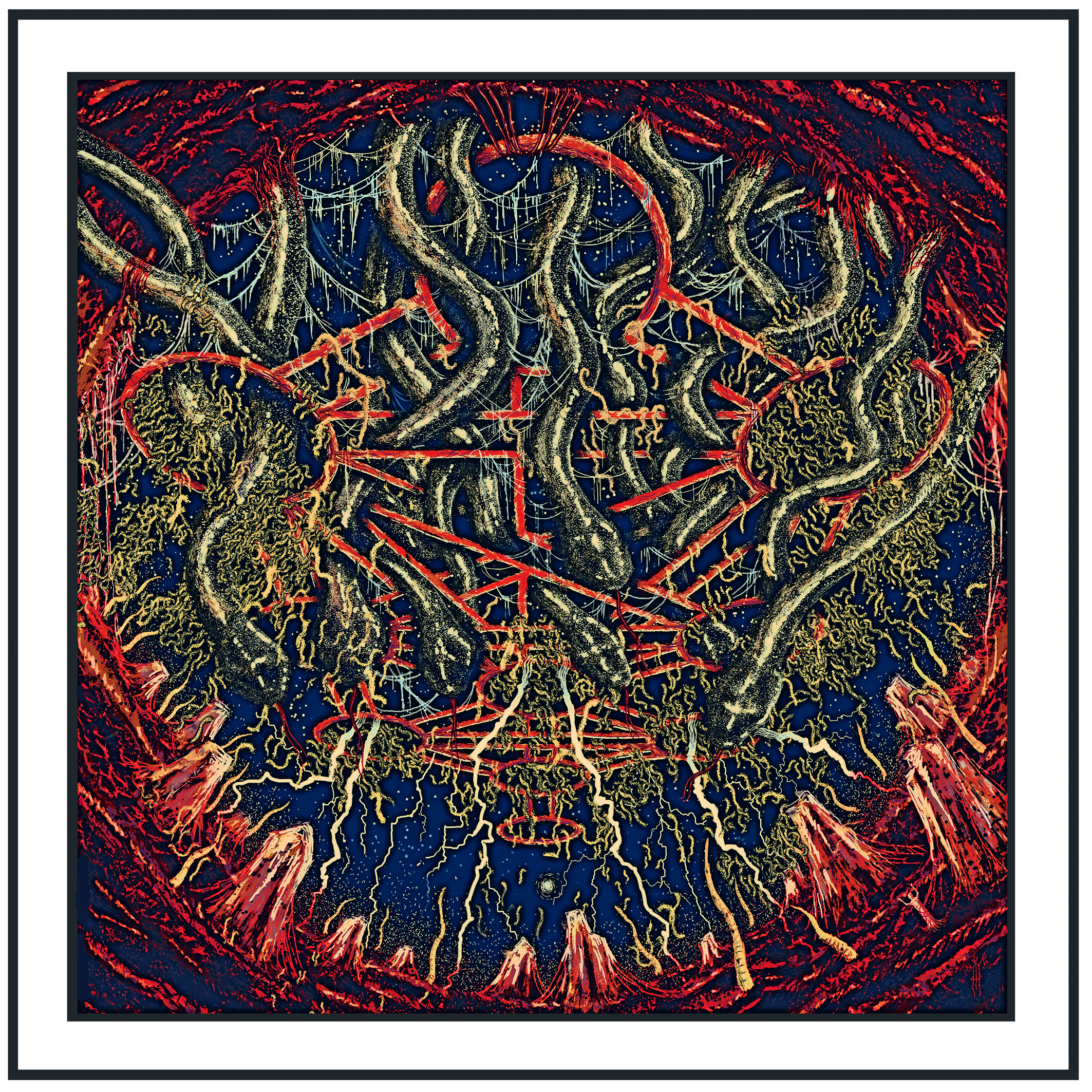 Forget music. Forget anything that resembles it. Now try to imagine the incomprehensible: the complete disintegration of all matter; unit by unit, piece by piece, cell by cell. Much like what takes place in the center of a black hole, the actual experience of listening to Typhonian Wormholes is essentially unrelatable. There are no words that can be formed that will allow you to actually imagine or even anticipate the endless eruption of anti-cosmic severity that comes through your speakers; all I can tell you is that it comes in the form of a relentless insistence upon all things unconventional and by way of wave after wave of chaotic sonic fury. In this context, it’s important to remember the subtitle of this release: Indecipherable Anti-Structural Formulæ. To an extent, this is anti music, and everything you think and feel should be informed by this concept.

For whatever you once defined as “heavy”, “out there,” or “extreme” has just been redefined in a single sulphorous breath through the median known as Tetragrammacide. Coming in at just under 20 minutes, Typhonian Wormholes: Indecipherable Anti-Structural Formulæ is a monolithic, alienating beast of abrupt sonic warfare that will scramble the brains of everyone on this feeble planet, ubermensch archetypes and subhuman scum alike. For instance, nothing can prepare oneself for the jarring, extraterrestrial, and all too unnerving “Introduction,” containing strange static noise intermingled with unintelligible fragments of a forlorn, distant, disembodied voice. This short intro was all it took to spark a very real fear of the unknown in me, as I felt in those moments of caustic confusion I had already been put on notice that the piece of “music” to come wasn’t going to follow any kind of script I had ever known.

And holy Hell, was I right.

“Paramilitant Entropic Initiation” is the title of the initial strike, and it’s from this point on that you can count on your eyelids to widen, your assholes to tighten, and everything in between to writhe in utter discomfort. Like a supernova, “Paramilitant…” erupts with a fury that shakes the foundation of the universe itself with a cacophony of sounds led by a deadly assault of cymbal heavy percussion joined by an indomitable, swarming wall of low strings and vocals that will send you into an unavoidable state of disarray.

I digress: this is something else. One does not simply “listen” to this recording, no – you are viciously, maliciously and unconditionally attacked by it, raped by it, and mentally murdered by it. Love or hate what is happening to you, you know from the very beginning that this is a recording you’ll never forget.

And if it’s not obvious enough already, it becomes very clear on “Intricate Acosmic Engineering” that Typhonian Wormholes is not going to let up, that in one fell 20 minute swoop, it’s going to redefine the term “relentless” with an overwhelming show of force that few will even understand. One of my favorite pieces, “Intricate…” is four minutes and twelve seconds of uncompromising brutality that is far from mindless. While the casual listener has no chance of penetrating its folds, repeated listens will reveal the endless intricacies of this death ode and the payoff for not getting too lost is the greatest of chaotic crescendos, a climax of blissful incineration – a communion with the void through endless genocide.

I can guarantee you’ve heard nothing quite like this and if you make it to the midway point, you’ll be greeted with a moment to catch your breath with an ominous, static filled interlude before “Extra-Terroristical Chaosophic Intelligence” grabs you by the throat with an overt – and over the top – style of militant intensity that history’s worst dictators could only dream of embodying. Supercharged with supernatural knowing, “Extra…” is littered with cymbal crashes, machine gun blasts, nuclear explosions, and a paralyzing barrage of harassing vocals that take their toll and seemingly never lose steam. Tetragrammacide is here not just to kill; they’re here to erase, they’re here to eliminate. This is sonic guerilla warfare at its finest and if you have anything left by the end of this track, then you’ll be treated to the domineering and all-consuming entropy of “Eructation of Anti-Existential Consciousness.” Flying through the wormhole, you emerge embraced by the welcoming arms of rapidly churning, ear drum destroying destruction as a complete wall of sound envelopes you by the two minute mark and yet, somehow, the anti-cosmic weapon that is Typhonian Wormholes seems to grow and grow.

Somehow, with each passing second, “Eructation” heightens its chaos, its volume, its overall strength and power, and leaves you with nothing but a shattered ego, a scarred mind, and an all too frightening “Outro” that brings you full circle, harkening back to its eerie, otherworldly beginnings. Dedicated to those “who walk the path of the Serpent,” Typhonian Wormholes: Indecipherable Anti-Structural Formulæ shows Tetragrammacide shedding their skin once more, and this time around they’ve created something akin to the most logical conclusion of their extreme ideology in the form of the ultimate audio embodiment of Chaos, the ultimate fist in the face of creation, and as far as I’m concerned, a release that should bring the underground to its knees. Full fucking support for this band and DEATH TO TETRAGRAMMATON!!! 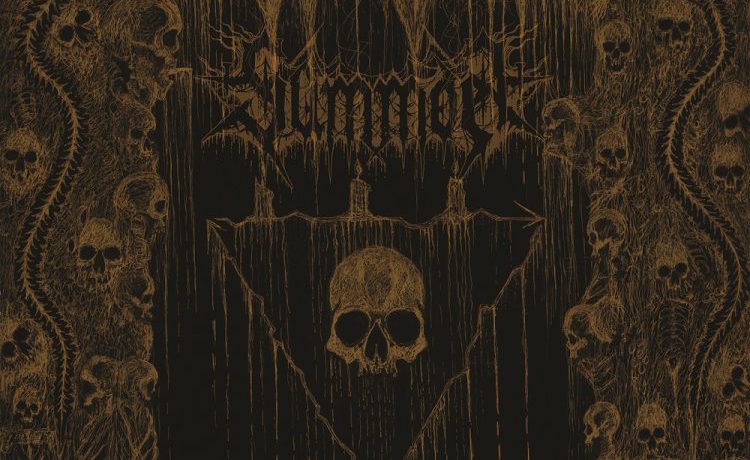