Run for your bongs! YIDHRA‘s new album Cult of Bathory will be released on Dec. 18th via Black Voodoo Records. This band cranks out the kind of black sun riffs that will turn your eyes red. CVLT Nation has been given the honor of sharing with you today their new song “Reign of Terror” off this killer album. Please read what Ted V. of YIDHRA had to say about this song – he sums it up beyond perfectly! Pre-order here!

Although “Reign of Terror” was written a while ago, it is tragically VERY topical today. What with the recent atrocities in Paris and all of the religious war BULLSHIT going on all over the world, it seems that as long as people blindly follow the antiquated doctrines of their chosen deities, the tale is destined to repeat itself in perpetuity. Another blight on humanity; the curse of “us against them” and self-righteous aggression.

We rehearsed the night after the Paris attacks, and truthfully, I wasn’t thinking about anything except for what we were doing at that moment. You know – block out the world and focus on the task at hand. But, unexpectedly, as the words to “Reign of Terror” blasted from my lips, their poignancy slugged me in the gut and instantly engulfed me in a wave of melancholy. I thought about the people we knew who were there and how senseless the whole incident was. A genuine exercise in futility. I was literally taken aback for a moment after we finished. Thankfully, it was the last song of the set, so we took a break and I could clear my head.

When Dave brought this song in, it was quite a contrast to what we had been doing and we were all instantly stoked to work on something new. The tempo, the energy and the progressions dictated the lyrical content from the get go. From the dawn of man’s quest to explain the unknown, there have been differing religious beliefs. What should have united us has divided us, and served as a catalyst for carnage and war. The truth is that there have been, and continue to be, extreme factions of every ‘popular’ religion dreamt up by man, who will stop at nothing to convert or kill in the name of their beloved “GOD.” It is pathetic and pointless, but it is also inevitable. – Ted V 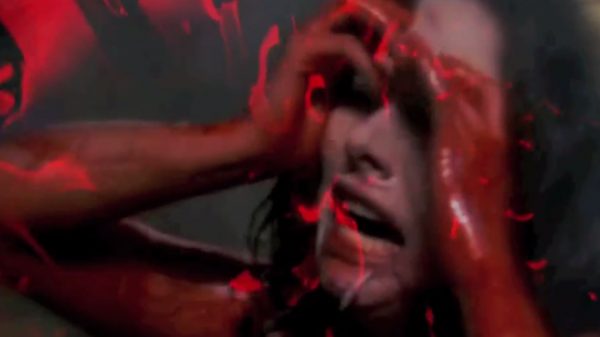 YIDHRA have the bloodlust, and on their new video for “Blood is the Harvest” of their album HEXED, you can almost taste it yourself!...