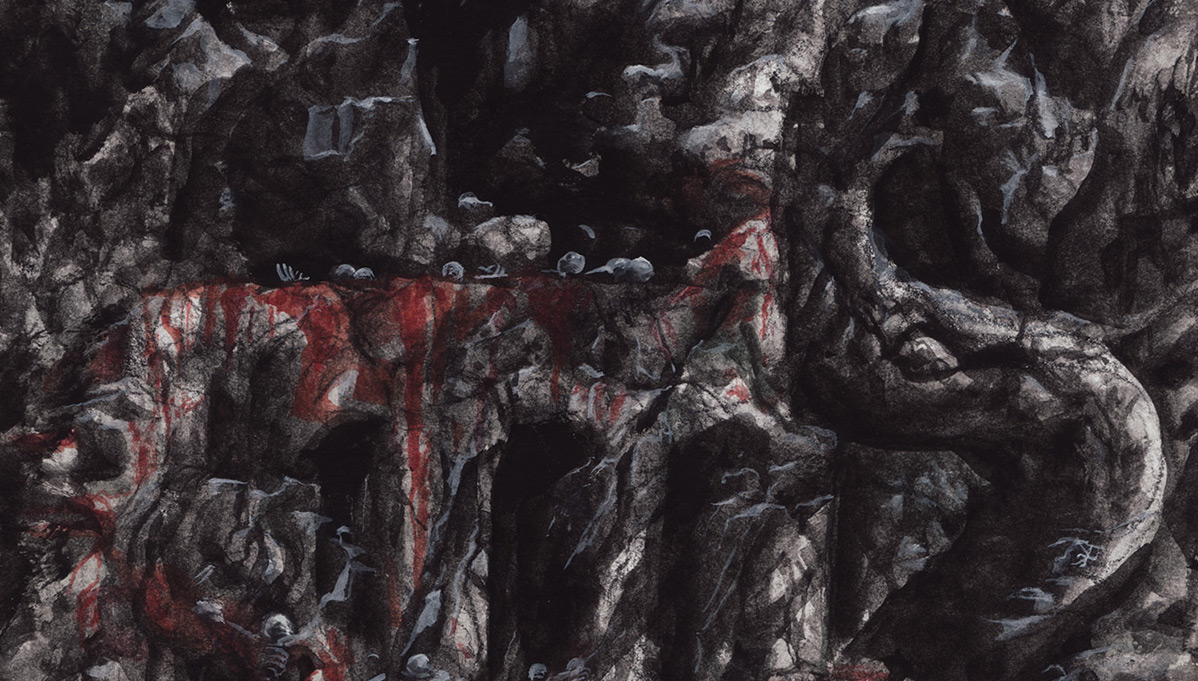 Hierophant is back with Spawned Abortions. An EP produced by Unholy Anarchy Records (out on September 7th) with two tracks that are utter chaos and absolute disgust, showing that Hierophant continues to crush it with each new song they conjure up.

The first track, Spawned Abortions, is shockingly brutal.“This new song summarizes this band and its total evolution since Mass Grave came out,” Lorenzo Gulminelli (vocals/guitar) says. “There is no room for happiness but only for chaos, for the grim, for an unconditional and absolute disgust towards the enormous surge of crud we are overwhelmed with every day.” In this song, Hierophant is giving death metal an intentionally rough and convoluted interpretation, one where furious hammering D-beat from back in the day leaves room for the cadenced pace, grooves, and power of an unmistakable death metal sound typical of a band like Bolt Thrower. It makes sense, then, that the second track on this 7” is, in fact, Realm of Chaos, the song from the 1989 album by the British death metal band.

“It is great to hear that the music that we created nearly 30 years ago is still kept alive and inspires other musicians from a younger generation,” Karl Willetts (Bolt Thrower/Memoriam) says about Hierophant’s cover. “We are proud of what we achieved with Bolt Thrower throughout our career, and Realm of Chaos was a defining moment for the band so many years ago — keep the death metal flag flying high!”

“They are one of the best death metal bands of all time,” Lorenzo explains, “and this is the reason why we chose them. Hail to death!”