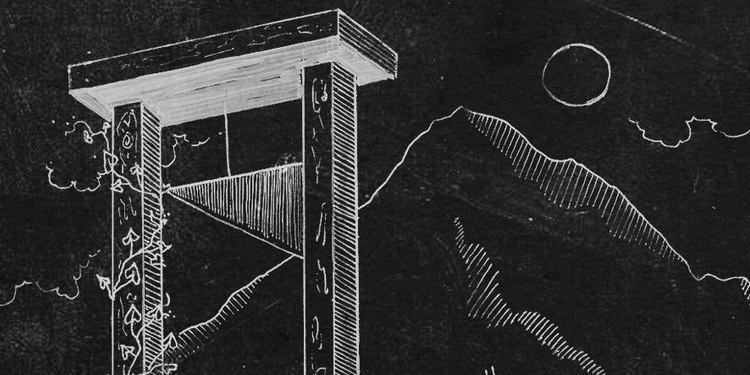 VVVLV is a band from Romania; I felt that they had a great new self-titled album and wanted to learn more. I asked Vlad the singer to introduce us to his band and learn more through their new songs. I was interested to hear from them, since they have anarchist views. Their style of music is particular, they blend metal with crust and they have a sludge sound. The guitar is so heavy with nice melodies and the drum hammers hard. I can’t wait to hear more from the band.

Who plays in the band?

How long have you been playing together?

V: Almost 3 years now. But we had some periods of inactivity since we live in different cities and it wasn’t always easy to come together to rehearse or play.

What inspires your music?

V: Musically, we try to make something that is raw and melodic at the same time. I guess we are basically a sludge band but we also have a lot of intersections with the punk scene, so you can feel it in our influences. DIY ethics are also very important to us. We come from a self-sustaining scene and we try to contribute with what we can.

Lyrically, a big inspiration is just everyday struggle and the hope that you can overcome. I try not to get too nihilistic. This genre has a rich history of pessimism and nihilism, but I try not to give in, even though the situation is not particularly good at the moment. It’s too easy to give into melancholia. Another thing I tried to accomplish with the songs is to capture glimpses of past struggles that I find to still relevant today. Of course you are very limited when it comes to songwriting, but I hope that after people listen to the songs they will be at least curious about what we’re talking about and do some research.

You say you are an anarchist band – can you define the type of anarchism you believe in?

V: Well, this is complicated. I don’t really believe in very fixed political identities, the world is too complicated for that. But if I would have to define in a few words the political influences behind the lyrics, I would say that they come from the tradition of social anarchism, as Bookchin puts it. Anarchism that is class conscious, materialistic, aware of historical contingencies and specificities, critical of gendered and ethnical hierarchies, that dares to see beyond the present and allows itself to be utopian and that, most importantly, understands that political action is collective action.

Who is your favourite anarchist author?

V: I don’t have a favorite. There are authors that have shaped my worldview in different ways, though. The first one that had a great impact was, of course, Murray Bookchin. He’s a real straight talker, hehe. Then there’s also Kropotkin. His “Mutual Aid: A Factor of Evolution” shaped not just the way I understood society, but also the way I came to see the so-called natural world and our place as a species in it.

In recent years, I became very interested in the Italian autonomist movement, authors like Tony Negri, Bifo Berardi and Silvia Federici. Not exactly in the anarchist tradition, but the two have a lot of intersections.

You have a new LP, did it take you a long time before you came up with the songs?

V: In a way, writing the songs came very naturally and most of the creative work was done in the first few months of the band. After that we just tweaked and made some minor adjustments. The recording process was a different story altogether. We did most of it DIY, in a lot of different spaces. We recorded the drums in a friend’s studio, then we did the guitars and vocals in different rehearsal rooms. Adi was in charge of the mixing and then we eventually sent the songs for mastering to Gary Brents from Cara Neir. All in all, it took about two years to finish the album. It was a lot of work, because of the distance that separates us and because we all have busy lives.

Since you have strong political views do you write the songs before the music is done or it comes after the music?

V: Usually the lyrics are written before the songs and then we just add them to the music. We do a fair share of “détournement,” as the Situationists called it, and integrate past works into our songs, that we see as relevant to the theme of the song. You can find excerpts from Gerrard Winstanley or Jacques Roux, historical figures that are not really classical leftist figures, to Raoul Vaneigem and his “Revolution of Everyday Life”.

“Inertia”: there’s an excerpt at the beginning from a speaker, who is it?

V: It’s from a public lecture by Murray Bookchin. And although this is the 3rd time I mention him, I really need to stress out that we are not Bookchin fanboys, hehe.

“Inertia” seems to be about the things t hat numb the mind – do you feel you have to fight to not fall for those things?

V: Actually, the song is more about dealing with this huge social apparatus of psychiatric control and preserving the human whole. The parallels between a modern science like psychiatry and religion are meant to stress out the very dogmatic and authoritarian character that science can take in an ultra-rationalized world. You can see this happening all around us – drug prescriptions are rising, yet more and more people succumb to mental illness, so there’s clearly something wrong with this system.

Do you fear groups that are blinded religious ideology?

V: I fear them just as much as I fear people that believe blindly in rationality and progress.

“Lotus Eater” seems to be more a personal struggle, can you tell us what it is about?

V: It’s about demystifying the idea that there is no alternative and that we are living the end of history, where nothing exceptional is really possible anymore. On a more personal level, it’s about being trapped in an alienated existence, where consumption has replaced more valuable human ideals and emotions.

Is “Homo Economicus” about all the things that we surround ourselves with, but we will never be satisfied with in the end?

V: Yes. It’s a critique of the great capitalist lie about human nature, that claims that we are all selfish creatures and that humans can only thrive through competition. The idea of the “Homo Economicus” is that man has become nothing more than a rational consumer. Thus capitalism, with its capacity to manufacture endless desires and needs, is the only system that can truly satisfy us. I think this is a very bleak vision of what life can truly be.

With “Homo Economicus,” you say at the end that Prometheus laughs – do you feel that we are permanently being punished for wanting?

V: I think that in the quest for endless consumption we are destroying the world around us. In a way, capitalism and industrial production were our Promethean fire. We gained a lot but failed to see the limits and we are now paying for our arrogance.

Les Enragés is a reference to the French revolution of 1789 – do you feel that this is what has to happen again?

V: No, I think that such historical events can only happen once. But again, it isn’t so much about the French Revolution, as about the sans-culottes and their fight for radical socialism. It’s very interesting if you study these kinds of events in depth and from the perspective of the regular people – the working classes that were involved in them. Because the history we learn in schools is usually the history of the dominant classes. So we hear about the French Revolution, Napoleon, the birth of the modern state, but we never learn about what the regular people, people like you and me, were actually fighting for. And if you take the time to do a bit of research, you will find out that they were waging the same class war we wage today. The song is a call for a bit of trans-historical solidarity. Is only a violent confrontation possible to fight the superior classes?

V: I honestly don’t know. In a way, I do get a bit melancholic when I read about great events like the French Revolution or the Russian Revolution, because it was a time where such great aspirations seemed actually possible and within reach. I try not to fetishize violence, but at the same time there is so much violence waged against the working classes, against women, against people of color. It does make you wish sometimes for a bit of payback.

“Minor Hypnoses” is about the media that keep us under their control – do you think there’s a way out of something so predominant in the world?

V: I think we need to be critical about technology and understand that it’s not devoid of any political or ideological content. Now we can easily produce our own media and our news, but so can everyone else. It’s getting tougher to tell lies from truth because we are bombarded with so much information from all sides. There is no more central point from where propaganda is produced. With the rise of the alt-right, you can see that the internet does have real political power, so I guess now the task becomes to be more aware and more critical.

Do you have alternative media that you follow to get your information?

V: I think you still need to follow mainstream media if you really want to be up to date to what’s going on in the world. Just be aware of their biases. There are, of course, a lot of leftist websites that produce very good content. From the top of my mind: recently I have really enjoyed KurdishQuestion.net, LeftEast for a more Eastern European standpoint, ItsGoingDown.org for the US.