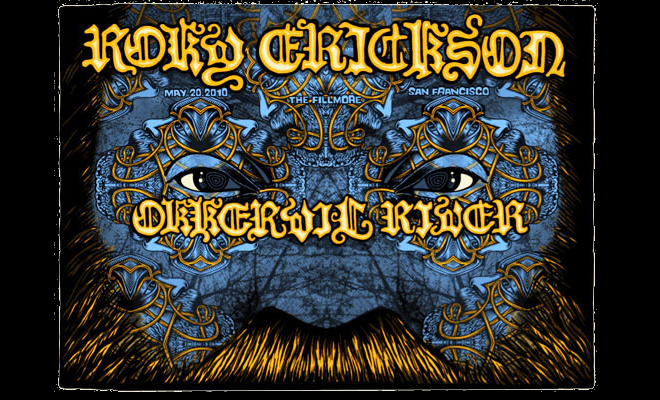 Besides having some incredible concerts – like Slint, Jesu and Godspeed You! Black Emperor – the 2014 Primavera Festival in Barcelona also gave me the chance to get to know a bunch of amazing visual artists.

I was so impressed by their works that I ended up doing interviews with my favorites. The first was with the Spanish artist Dani, the mind behind Münster Studio. Now it’s time to publish the second interview I did, with the great John Howard, from California.

With a “psychedelic vibe” on some of his posters, maybe a side effect of the Californian air, Howard has already worked with some of the greatest artists and bands in the world since he first started about 20 years ago – the list includes The Sonics, The Melvins, Swans, Sonic Youth, Unsane, High on Fire, Corrosion of Conformity, Napalm Death and Mudhoney, among many others.

To find out more about his great work (and to buy some of it), please check his official website: www.monkeyink.com

When did you start making posters for bands? And how did it happen?

Hi Luiz, it was nice to talk with you in Barcelona. My first poster was in the mid 90s for a show in San Francisco. I’d been laid off from my part-time job, so I decided to try to start making shit, and see if I could survive solely on doing something I cared about. I cared about art and music, so the combination evolved into making posters. An unexpected connection came about that put me in contact with Kim Deal of The Breeders, who was very cool. I asked to make a poster for them. She looked at the drawings that I’d sent to her, and said yes, and she asked me to put ‘Guided By Voices’ on an 8track in the picture. At the time, I had no idea who Guided By Voices were, but soon I did!

Do the bands usually tell you what they want on their poster? Or do they give you total freedom?

The people that I work with usually trust me to figure out the best way that I can visually express something about the music and the band. Often I just submerge myself into the music and start working, and watch for things to happen. Sometimes it’s good to have a conversation about things to better understand the person. That can come from research, too, like watching interviews and videos. Sometimes when working with music from another culture, I check-in about how symbols translate etc. But it’s good to leave most of the art direction to the music. Who usually approaches you for this? The bands directly, or their labels?

I like to work directly with the band. Often there is one person from the band that I mostly work with. Sometimes poster tour series are arranged by other artists or people in the scene, and each date is assigned to a group of artists. In that case, I’m working with a person who is working with the band. I’ve also done some work with labels for showcase-type shows.

You say on your website that you “illustrate the music.” What inspires you to create? The band’s music influences you directly?

Yeah. I put on the music and start drawing. I do not have a specific idea from the beginning. Sometimes the fifth time you hear an album, you suddenly comprehend something about it that you did not previously catch. Theoretically, I want to leave the art open enough throughout the process to fit that last bit in, too. Maybe even let it take over, if need be.

What’s the biggest challenge when you’re creating something? And do you choose the three to five colors that you usually work with?

Yes, I choose the colors, I draw and collage everything. Any background photos, I took the picture. Maybe the biggest challenge is to keep normal life on track while stealing big chunks of time to pour into figuring out these crazy drawings.

And is it essential that you like the music in order to work with a band? I ask that because you work with a lot of different bands, like The Sonics, Sonic Youth, Melvins, Acid Mothers Temple…

It is important that I am interested in the music that I’m working with, because it usually takes quite a few days to draw and design the poster, and I listen to the music while I create the images. Some music that I like is somewhat difficult, so sometimes it’s a challenge to go back in there…but, once I’m there, it’s cool. Do you have some favorite posters you have done?

I like the story of the picture about Sara, the woman who saved the buffalo. But usually, the picture that I am working on at the time is my favorite. As if it could be the best thing I have ever done, if I just get it right.

Some of your posters have a psychedelic vibe. Is that a consequence of living in California or is just a coincidence for some bands?

I’ve lived in the San Francisco Bay Area for quite a while, and I love some of the old psychedelic posters. But I did grow up in Kentucky, so I think there is a more earthy approach in my work. And also I came up through punk, so there is that edge. My friend calls me Hard Edge Psychedelic, and I think that’s a good description.

What other visual artists do you look up to as influences?

I look up to every kind of artist that’s trying to survive and make real, non-bullshit stuff. Those who try to stick to their guns. Everyone will have a different list of who they think fits this criteria, but I’m saying I respect the artist who feels that for themselves. This is the last one. Please tell me three records that changed your life and why they did it.

It’s funny you choose the number three, because I recently realized that I still have three of the first LPs that I ever owned, so I’ll answer with those.

The first record I ever got was Meet The Beatles. I was at my cousin’s house and she had the record. I played it so much that, to both our surprise, her Mother gave it to me! I felt bad for her about it, but I also played that record a million times as a child.

My second LP was David Bowie’s The Man Who Sold The World, which I found in a dime store cut-out bin. It has the Bowie drawing on the cover, which I loved. My Mother was amazing enough to buy it for me.

And finally the first LP that I bought with my own money was The Rolling Stones Exile on Main Street, which was a huge record for me at the time. By then I was into Black Sabbath, too. Things went downhill quickly from there, and haven’t stopped as of yet. 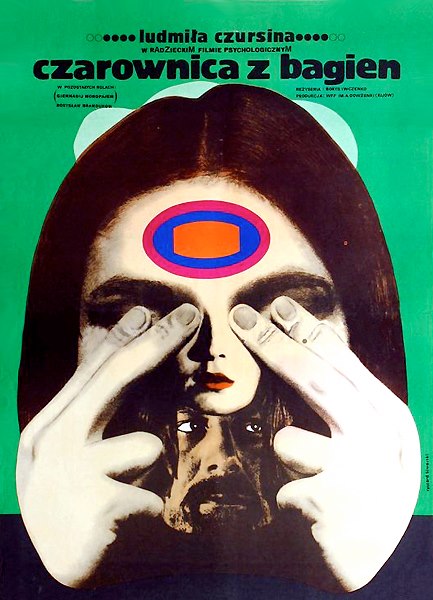 The 1960s and 1970s were a great time for graphic design, especially of the surreal kind. One artist whose posters have gone down in...

The Surreal Posters of Frieder Grindler

Frieder Grindler is a German artist who is well-known for his surreal and avant garde poster design. He is a pioneer of graphic design,...