SALEM’S POT is one of those bands we’ve had our eye on ever since Dan over at Riding Easy put them on our radar. For the past few weeks, we’ve been digging into their new album, Pronounce This!, and these psychedelic doom mongers didn’t disappoint us with this weird trip, set to hit the streets on July 22nd via Riding Easy (pre-order here). We’re very happy to be able to share some of their sounds with you today, the lead off track, “Tranny Takes a Trip.” You can also read our interview with Salem’s Pot below, and find out a bit more about these mysterious Swedes…

Let’s get right to it – why did you name the opening track of your new LP “Tranny Takes A Trip”?
It was written in the streets of Oslo after a gig. I couldn’t sleep so I walked around the city all night, still wearing make up. The title is a word-play on “Granny takes a trip,” which was a store in London during the sixties. Since I usually wear drag on stage, it felt suitable.
What kind of drugs have you been taking since your last release, because I hear new a direction in your sound?
Well, not so many actually. We’re trying to cut down on the self destruction, it just hurts people. The new direction is basically what we’ve always wanted to do, we just needed some new band members and a second guitar to make it happen. Everyone is more involved in the song writing as well and we never wanted to restrict ourselves to a certain genre. A catchy tune is a catchy tune, regardless if it’s doom or disco. If you had to describe Pronounce This! as a film or art movement, what would it be & why?
Probably The Room. Just like the movie we didn’t really have any direction at all.  Each song/scene is different from the other and you can’t really know what to expect. Hopefully, the listeners will have the same feeling as watching that flick and when the credits roll they’ll have no idea what just happened.
The one song that surprised me the most was the Country song – what’s the story behind that song?
Pretty much the same as all the other songs. Sin. I’m a huge fan of decadent country music and was writing folk/country-tunes before we even started the band. I’d like to think that country is even more rock & roll than actual rock & roll. Trevor from Beastmaker, which I think are one of the best doom bands around, sings harmonies on that song, and that says a lot. In my opinion, it might be the heaviest song on the album.
I have always wondered – why do you brothers hide your faces?
Social phobia, self neglect and stage fright. Also, we have always been bored by seeing bands playing the same riff for an hour in their favorite t-shirt. We want to put on a weird show; nobody cared who we were until we put on those stupid masks. And it’s nice to be anonymous in our home town.
Tell the world something about your band that we don’t know.
They already know enough as the lyrics are pretty revealing…But ok, we like Big Star.
If you were teenagers during the 70’s, would you have been Bikers or Hippies?
Probably some kind of hybrid. I was trying to re-live the 70’s as a teenager and I still do in a sense. Never owned a motorcycle, though, and the world is still fucked, so I don’t really have any hopes that there is ever gonna be peace.
Have you ever partied with Dan from Riding Easy? Does he really smoke that much weed?
Yes. And yes. When we met him at Roadburn – he hadn’t smoked for two days and you could definitely tell. We had to ask a Dutch fan to buy it for him, since you needed to be a Dutch citizen, but it all worked out in the end.
Will there be a North American tour this year?
We really hope so, otherwise we’ll definitely try to come next year.
Tags:riding easysalem's pot 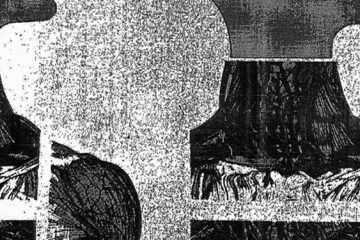 CVLT Nation’s Albums of the Year for 2016 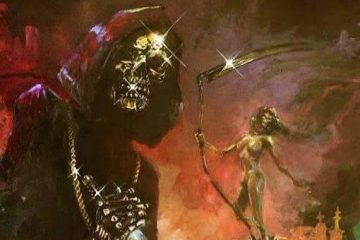