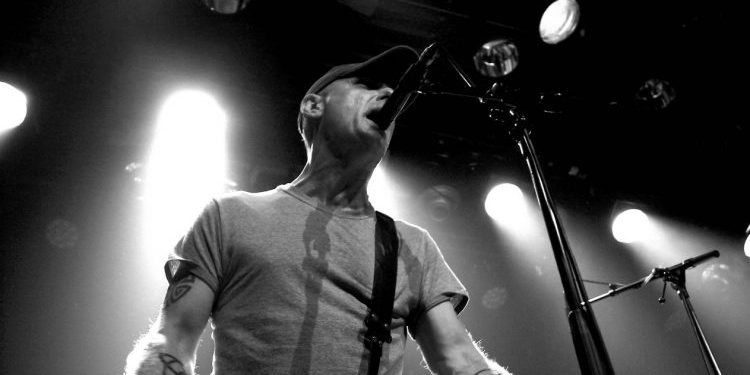 Unsane, the influential noise rock trio that formed in New York City in 1988, played at Southern Lord Europe Fest in Amsterdam. I talked with Chris Spencer, vocalist and guitarist, about the new album and much more. Your last album, Sterilize, came after Wreck (2012). How long did it take to release?

It didn’t take long to release, it took a while to make. Our drummer, Vincent Signorelli, was living in Mexico and he tore a muscle, which became an abscess and then got infected. He ended up with sepsis and, basically, it took about four years for him to get back to normal. He walks with a cane now, but he can still play the drums great. So we were just kind of waiting to see if he was going to be OK. And then we did some shows last year, some big festivals and it was great. He played great, so we decided to make a new record

How does a typical Unsane song come together from beginning to end?

It depends. Initially, either I or Dave Curran (the bass player) have the initial idea. A lot of times we work with drum machines, just kind of doing shit at our own houses, coming up with initial time signatures. We work on that for a while, develop it into the basic song structure and then we all get together and start working on vocals in a live context. And then I go back and kind of fool around on my own a bit, because I have kind of a small studio in my house.

How would you compare this new album to others?

I don’t know really. It’s like apples and oranges. Each record is almost like a photograph of a different time period, of what’s going on in our lives. I think now, with the new one, there’s more of a theme of the change in humanity. Like the way people now are less close, from having a device, and sort of how the rich are getting richer and the poor are getting poorer. There’s this huge division and the world is going into the future from what initially our first record would have been: crazy urban commentary to psychotic craziness and drug abuse. Really positive stuff, you know. Why did you choose Sterilize for the name of the album?

Sterilize is kind of a mixture between Vinny’s whole blood thing and also just the thing about how people really have changed. It’s almost like a cultural homogenization. Everything is cleaned up. And really, in terms of New York, where I grew up, it’s ridiculous. Now there’s a Starbucks where there used to be CBGB.

Can you talk a bit more about the song-writing process? Do you think it has changed since the beginning of your career?

I hate to use an old joke that may have a grain of truth to it, but I’m a little smarter now than I was at the time. Unsane has always kind of been about this raw feeling, just sincerity. I’m not saying I’m any less sincere, but now I maybe think about it more. Before, there was a lot of spontaneity and just crazy crap going on in my life that really took over. And now there’s a little more depth, a little more thought about the lyrics.

You’re from the United States. Do you think that the political situation in your country affects your perception as artists?

Totally. What inspires you to write a song called “We’re fucked”? We have a fucking joke of a president; it’s horrible. My mother is the sweetest person ever and even she said to me “I wish someone would shoot him.” So yeah, we’re fucked. It’s weird because with someone like that rising to power, a lot of the ugliness in other countries comes up. It just sort of sets a tone globally.

Sterilize was released by Southern Lord. How did that collaboration come about? How do you feel about this collaboration and your last album?

We tend to work with friends at labels, with someone you can sit down with and look in the eyes, not with big labels or something. So we had put out our last album, Wreck, with Jello Biafra and Alternative Tentacles, and we were going to go with him again, but we spent more time on it. We went into Gatos Trail Studio in Joshua Tree, which has this big drum room. We spent a few months working independently and then we got there and put it all together. And Dave, our bass player, actually recorded it. It was really great. It was just the three of us hanging out in the desert in this giant recording studio, having good times.

You have eight studio albums, three live albums and three compilation albums. Where do you find the inspiration to continue playing together?

Friendship. We’re all good friends. It’s true. And we all love what we do, we love playing in this band. Originally, the two guys that were with me were friends of mine from school. But then our lives got kind of crazy when we weren’t doing so well. Our drummer got into heroin abuse and died of an overdose. And then Vinny came in, the drummer who has been with us since 1992. Which was, Jesus Christ, 25 years ago – so I think he’s earned the right to be called the permanent drummer at this point. And then in 1994, the bass player left because life was getting crazy and we were touring too much. And then we got Dave. So you kind of start something, and attract people who have the inclination to play that kind of thing. Originally, I was sort teaching people how to play bass, and then later you get people that are really into music and are like, “Man, I would love to do that.” So friendship is everything for us.

Do you think things have changed, musically speaking, since the beginning of your career?

Totally, the world is just a completely opposite place. At the time, in 1988, it seemed like there were tons of bands. But no, now there are tons of bands and with the Internet you can just look at whatever you want. At the time, if you wanted to see a band live and they were not Black Flag or somebody with videos all over the place that you could borrow or copy, you would have to go to a live show. Now you can see 20 different live shows from this tour over the past month on the Internet. So in that respect, it really has changed drastically. Also, with Southern Lord maybe we’ll make money off digital downloads, which is obviously easy to do, but vinyl has really been the thing. For a band like us, vinyl is a good medium. It’s just thicker-sounding. What bands have you been listening to lately?

I’m kind of addicted to an eight record box set of Jimi Hendrix live. It’s kind of crazy, because he was just on tons of drugs and doing all kinds of crazy crap.

There’s this band from Kansas City that I really love. They used to be called Fucking Bummer, and now they’re just called Bummer. And there’s also a band from Connecticut we played with few times and they play noise rock. What we started out doing is now a genre, strangely enough. It’s just really aggressive, noisy… well, you know what it is. It’s really cool. I never thought that what we did would become a genre. I mean, we’re not the only ones, obviously, but there was a whole scene of that kind of thing. We called it scum rock in New York. Like, the gutter rock of New York.

Who’s your favorite artist? Or who inspires you as a musician?

There’s Harmonia, a German band from the 70’s that I really like. I also like a lot of Eno’s stuff. And Joy Division, you know, very influential kind of stuff.

You’re from New York. What’s the music scene in your city like right now?

I don’t know. I moved. It was so shitty. My whole neighborhood became like a college bar neighborhood. I would walk out my front door and there were just drunk college students partying. Fuck that, I didn’t want to live in that. And then it became too expensive to get a place anywhere else. So my brother had bought a piece of land in northern California and he was fixing it up, just north of San Francisco. And I had just been touring a lot and it sounded nice, so I decided to move out there.

Do you have any side projects?

No, not at the moment. I’m totally focused on Unsane right now. Because Vinny is healthy now and we’re all good. And who knows how long we’ll be able to do this. Nothing in life is permanent.

What do you see in the future for Unsane?

More touring, starting work on another record and getting it out quicker this time. And things are going really well with Southern Lord, too. So now we have a good label to work with as well. 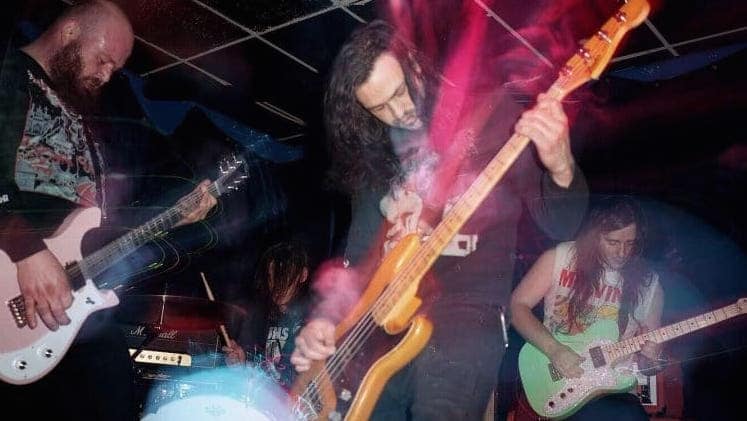 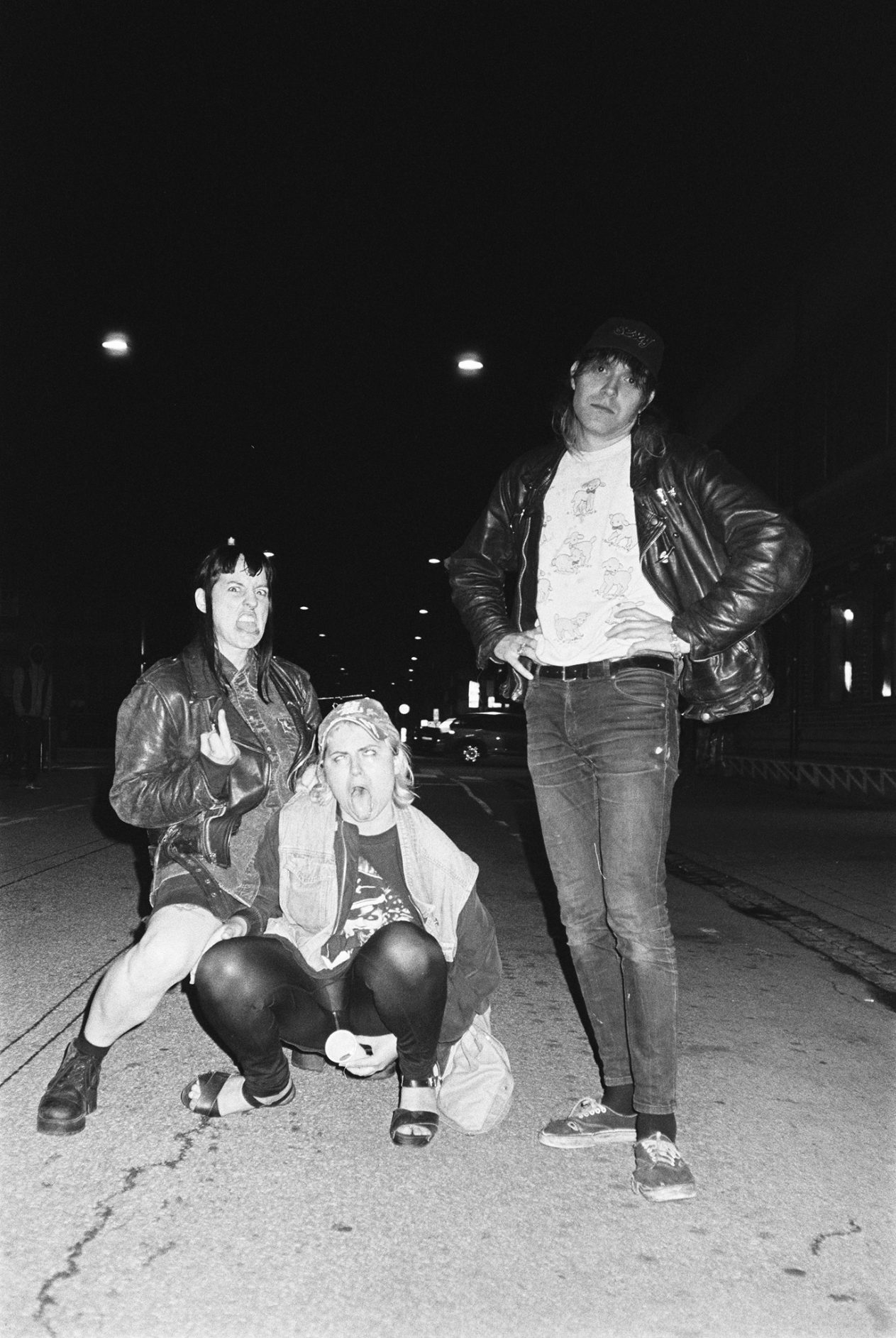 Berlin’s infamous noise rock squad CUNTROACHES will be unleashing their first ever vinyl release through Teratology Sound & Vision and Instruments Of Discipline on...