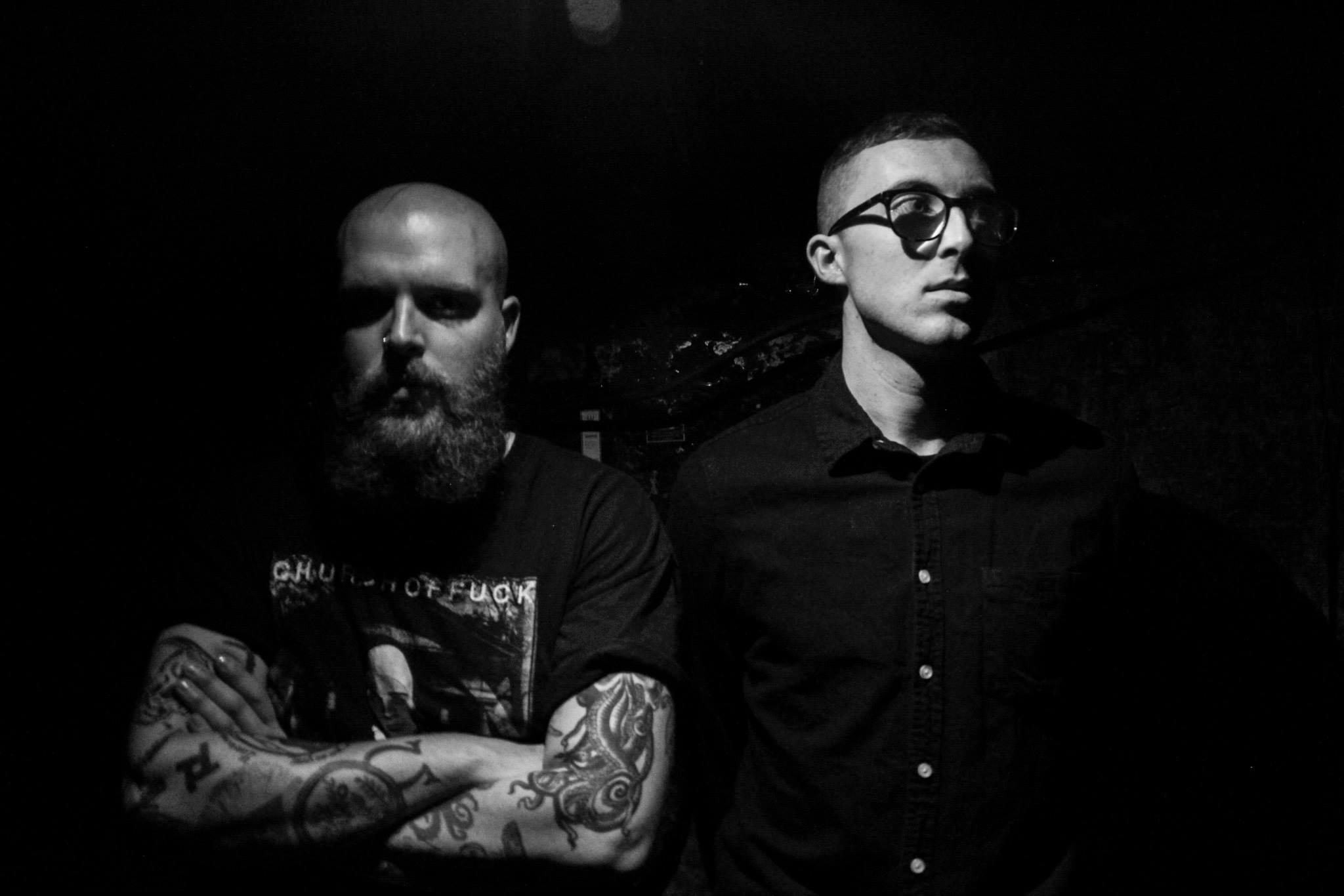 Caïna has emerged from the misty shadows of splits and EPs released during the course of several years. Behold then, the surfacing of their scintillating, highly-evolved new release care of Broken Limbs Records, the much-talked-about Setter of Unseen Snares. I myself took repeat listens to the album as I penned the review for CVLT Nation. Now, Caïna has granted CVLT Nation a look into what makes for a breakthrough release, one that is unexpected, far-removed from the comfort of releasing albums closely resembling one another for the sake of a band’s fanbase. In an age where stereotyping is difficult to do without, Caïna releases an album that destroys templates and cliches. Now, they share their unique vision with us.

First off, guys, I’d like to thank you for sitting down to talk to us. I expect that you have a busy schedule in light of the reception seen by Setter of Unseen Snares. Tell us if the experience of releasing this latest album has been enjoyable.
My pleasure, thanks for requesting the interview. I’m a big fan of the site so I’m thrilled to be asked.
As the release was delayed for quite a few months (it was finished in May last year and released only in January), getting the album out there was a long and sometimes stressful road, but the reception has blown everyone involved away completely and it’s been more than worth it. It’s strange to be having such a pronounced ‘second wind’ 10 years into my career, but I’m not complaining. Name your favorite track on Setter of Unseen Snares and tell us why.
A lot of people say they think “Orphan” is the best track on the record, but my personal favourite is “Vowbound.” It does everything I wanted the whole record to do in just over 3 minutes. I wanted this album to be totally economical and spare, so I’m really happy with that song, as whilst it’s really brief, it’s a total synergy of all the emotions and sounds I wanted SOUS to communicate.

This album is a great departure from some of the music you’ve recorded in the past. Were you guys just tired of doing things one way and were intent on creating something different this time?
Caïna has always been a project that I use to explore whatever I wanted, unconstrained by genre. With the ten year anniversary of the project (then) looming, I decided it was time to move in a more condensed, focused, band-like direction, but it was because I was particularly dissatisfied with my previous way of working.

What music do you listen to these days? Have any of these acts inspired some part of Setter of Unseen Snares?
That’s two different questions really, as with this album I deliberately wanted to evoke the music I enjoyed when I was younger – a genuine return to the roots. So as well as coming back to the black metal of my early demos, there’s a lot of influence from bands like Tragedy, Cro-Mags, NIN, Ministry, Prong, Amebix, Today is the Day and others. I listened to a lot of that stuff again in order to get in the right mood for the album, but day to day I listen to a pretty wide variety of stuff, from black metal and doom to electronica and pop and beyond. I’m sat here with Nitzer Ebb on my headphones right now and Hateful Abandon queued up after it. No one can assign a label to Setter of Unseen Snares. It isn’t black metal anymore. It isn’t post-metal, or punk, or ambient, or industrial, but sounds like an amalgamation of all these styles. Was there a conscious attempt at incorporating different elements into your sound?
I see different musical genres as building materials with unique properties that you can use to construct whatever you want. I’m of the opinion that you shouldn’t create with an inherent frame of reference, you have to build your own in order to tackle whatever project it is you’re currently engaged with. Even within metal itself – if we’re a truly musically literate and creative culture, people shouldn’t have to justify everything they do in terms of convention and genre stereotypes. That to me feels contrived.

Did you jam any of these songs out? Sounds virtually impossible, except for some of the straight-forward black metal segments maybe. The slower sections sound like there are samples too. How did the songwriting process come about?
I wrote and performed this album alone (except for the 3 other vocal contributions), so no there was no real jamming. The songwriting process essentially consisted of me shutting myself away for two weeks in the little office we have in our apartment, getting fucked up and playing guitar non stop. The only sample on the album is from the introduction – everything else is treated guitars, there’s no synthesizers or anything.

There are almost no mid-tempo mosh segments, which has been a signature of second-wave influenced black metal bands releasing albums as of late. How do you see a listener responding to Setter of Unseen Snares? Do you imagine the listener quietly contemplating while listening to the album? Do Caïna fans go up to you and tell you that the album is more meditative than those of bands that just want to rock hard, so to speak?
It sounds super egotistical, but I don’t really think about the listener when I’m making music. Call it ignorance, call it self-indulgence, whatever, but music is principally about self-expression for me. I’m over the moon when someone likes what I’m doing, but mostly it’s not really something I spend a lot of time thinking about. The album strikes me as that of incredible balance and proficiency. Have fans responded by taking to the moshpit during live shows or do they stare at you guys and listen intently, as though in a trance?
Our live lineup ranges between just being one person (me) to up to five people, so it’s hard to describe a ‘typical’ performance. But generally we get stares and nodding more than anything else. Funnily enough people get more physical at the solo or duo noise shows than at the ‘metal’ shows.

At this juncture, the gloves are off. Caïna can go anywhere between here and Willie Nelson. Would you be so kind as to share your plans for the future with us?
I generally plan about a year in advance, and we’re doing a lot of live shows in the next 12 months. With that in mind, the stuff I’m currently writing for our upcoming splits is similar in sound to the SOUS material, so it can be incorporated into the live set with greater ease, only a lot more extreme and metal-orientated. I’m really enjoying playing heavier music again and I don’t plan to go back to my ‘softer’ side any time soon. Also there’s a big change up in that Laurence (Taylor, Cold Fell) has joined the band as lead vocalist, the first person to permanently be invited to join Caïna. I’m still going to be taking on some vocal duties, but I felt the project needed some fresh air and new insights, which Laurence brings in spades. What would you have done if not this album? Would we see a better version of past releases, or are we more likely to hear something totally out-there?
This album pretty much fell into my head fully formed – I tend to focus on one idea at a time, so there’s no discarded album ideas sitting around. I don’t really believe in revisiting old ideas though, so it’s unlikely that I’ll ever make the same album twice. At least, I hope not.

Thank you for doing this interview with me. More power to you and your future efforts.