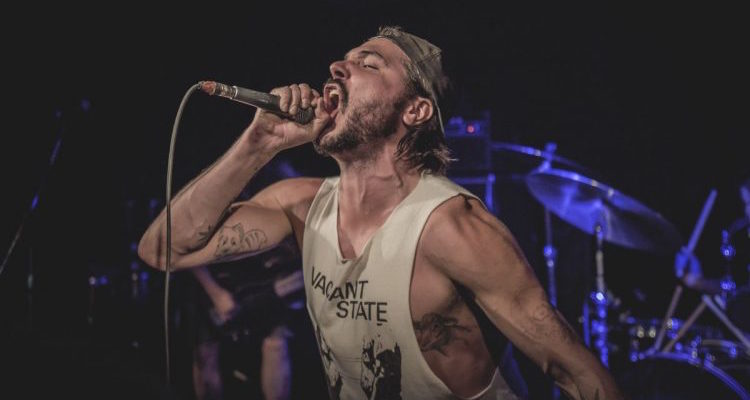 I suppose, looking in from the outside, one of the big differences between Beacon of Faith and its predecessor is the amount of time between releases. What can you tell us about that? I understand that not all band members living in the same city has been a factor. Do you care to tell us what you think, in your eyes, distinguishes the new record from previous efforts?

Andrew Drury: The distance between band members definitely had an impact on the amount of time it took for the record to come out. We also recorded it almost a year ago. We’ve been sitting on this thing for too long. The songwriting process basically stayed the same, though. Danny writes all the music and records demos in his basement, by himself. Once we’re finally in the same room to play the songs together, there’s actually not too much tweaking to finalize the tunes. I’ll write lyrics to the demos in my bedroom and will sometimes have a certain phrasing that totally works in my head, but when it comes time to yell it, there’s no chance I can make it happen. The voices in my head are stronger than the voice from my mouth!

More rock, less suck. It’s spacier, dreamier, and more cohesive. Each song can stand out on its own, but still works jammed in-between its album-mates. We’re still pissed off, but ain’t scared to immerse ourselves into a blanket of forbearing haze.

I definitely found that on Bloodmines, there was a sense of urgency, especially in terms of the lyrics, something that I at least partially attributed to you telling me the lyrics weren’t quite finished, less than a week before you began recording. Did you think that having substantially longer to refine your output shows on the new record?

AD: I still like to leave my lyric writing to the last minute, because I work best under pressure. “The last minute” has a different meaning this time around, though. I’d sometimes have a new batch of like 4 songs to get down before a jam. Once Danny sends demos, I try to get cracking on them right away with rough ideas, mainly to get the phrasings I want stuck in my head. Then when I know a jam is coming up, I’ll hunker down. I definitely had more time to edit and change shit up before the studio this time. I enjoyed the process. Another lyric question: I find your lyrics to be very experiential for the most part. While aggressive music isn’t always the ideal platform for getting a message across, I still see a fair amount of audience members screaming your words back at you. What does that feel like?

AD: I’m constantly blown away when people know my words. I’m not worthy. A lot of my lyrics are cryptic enough that they can be relatable to most people’s lives and struggles. I mainly like it, cause I get a break from yelling as loud as I can for a sec.

Owing to all being quite busy outside of the band, you don’t play shows all that frequently, however in Vancouver they tend to be quite well attended. You made a little jaunt down the west coast back in February, in support of All Pigs Must Die. How did that go for you guys? Also, I’m a bit jealous that we didn’t get to see All Pigs Must Die even once.

AD: That was my favourite tour we’ve ever done. The shows were all well-attended and crowds were super responsive. APMD were all great dudes. We shared a common sense of humor and blasted a lot of good ol’ wordplay. Nick and Danny both stopped eating meat over a year ago, so it kinda turned into a bit of a veggie food tour, too. Sean was vegan when I met him and he still fucks with that shit hard. 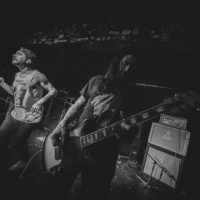 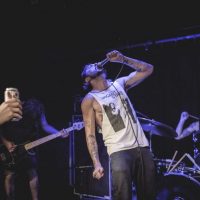 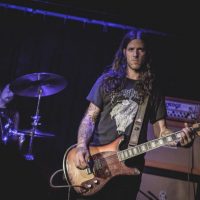 What was your favourite show of the tour? Did the audience consist of at least 60% drummers having their minds blown by seeing both Nick Yacyshyn and Ben Koller on the same night at the same venue?

AD: San Diego was my favourite show of the tour, with LA coming a close second. The crowd was rowdy in SD and the venue (Soda Bar) was the perfect size. Our buds in GRVR were all there. They’re the sweetest. My friend, Tyler tattooed me and Danny after the show, too. I fell asleep during mine. We also had a bunch of buds at the LA show, too. I ended up shooting a handgun after it and drove my friend, Austin’s truck through some road barriers (on purpose.) Good times.

Big ups the the Griever guys! All A+ dudes in our book. While a couple of the new tunes have made it onto your set lists well in advance of the record’s release, are their any plans for doing a tour for it, mini or otherwise?

AD: What’s a tour? We’re Europe-bound as soon as we can make it happen.

We’ll talk Erosion and Sumac when the time comes, but are there any fresh projects anyone’s involved in that you’re at liberty to talk about?

AD: Danny is now drumming in Total Isolation, up in Kelowna. He’s also got Blunt Object, Drag and The Breech Boys. I wanted him to call it The Breach Boys, but I guess it’s about babies being dropped, not criminals being stopped. Sean’s got Slow Learners, but I’m not sure how active they are. He’s pretty isolated out where he lives. Not that that’s a bad thing. His place is amazing. I’d text Nick to see if he’s got anting else, but he’s literally on an airplane to Spain with Sumac right now. Prick. I’m playing bass in Vaults and I’ve got a pretty-non-active thing going called Indestructibility.

Any favourite releases so far this year?

AD: The new ICEAGE album rips. Those kids are pretty progressive and swell sounding. I’m very excited for the new CRAFT album that’s about to drop.

Finally, anything you’d like to say to our readers?

AD: Punk ain’t the clothes you wear. Attempt to make a difference and never care what other people think. Fuck pretentious snobs. Take ‘er all in when ya can. Thanks.