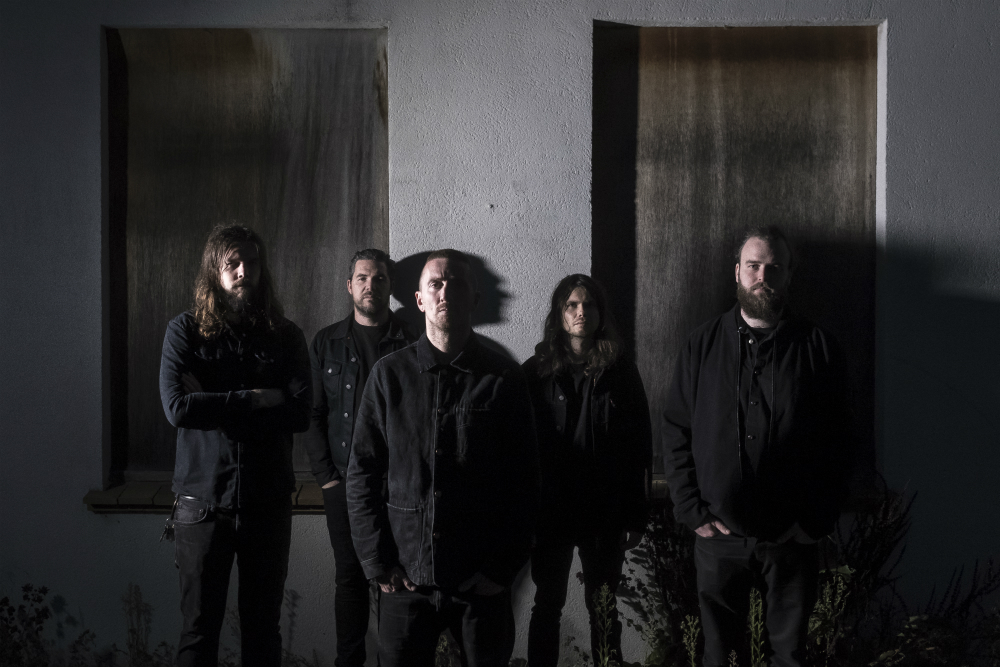 Mass VI (2017), the new Amenra album, is not only their best record, but most probably the best one of 2017, a year full of incredible releases from artists like Oxbow, Chelsea Wolfe, Protomartyr, Grave Pleasures, among many others.

Recorded with the legendary Billy Anderson (Neurosis, Sleep, Melvins), the new album from the Belgian quintet brings a kind of refinement on what they did on previous works, like Mass IV and Mass V (also recorded with Billy) with a collection of strong, emotional and powerful songs.

From the crushing opening with “Children of the Eye” until the cathartic finale with “Daiken,” the record only gets better and better with each listen, and reinforces the essential role of music in the world.

Recently, I had the chance to interview Colin H. Van Eeckhout, the singer of Amenra, about the new record, how was to work with Billy Anderson again, their recent tour with Neurosis and Converge, the concerts that changed his life and what he is most proud of in his career with the band, among other things.

Mass VI is your first full-length since 2012. Why did it take so long?

Colin: Because it took us a while to have a valid reason to write the album. We believe it’s necessity and sincerity that feeds the music, to reach new levels in intensity.

Were you maybe a little bit more cautious with the songs and everything after such a powerful and important record like Mass V?

No, we don’t compare. We always give it our best, our all.

With 40 minutes and 4 main songs, the whole album sounds really, really strong, from the opening with “Children of the Eye” until the cathartic finale with “Diaken,” it sounds like you guys really thought over and over about all the details, transitions and all that is involved on the album.

We do and we don’t. It all comes really instinctively and organically. Throughout the writing, you quickly feel where what song needs to be and you add whatever is ‘lacking’ to your impression.

This is your second album with Billy Anderson. How was to work with him again?

It was nice. We had that moment in history of Mass V in common. And the recording went a lot smoother, there was less stress involved. Everybody seemed a little more sure of themselves. We are really thankful that he was willing to fly out here, just to be surrounded by some Flemish guys for two weeks.

Were you maybe more comfortable together now? I know he was the first producer outside your circle with whom you worked.

Yes, and I can’t imagine anyone else doing a better job.

You made a really interesting decision to have two versions of the record, one mixed by Billy Anderson and mastered by Justin Weis and another mixed and mastered by Jack Shirley – I haven’t been able to listen to both yet. So I have some questions about this. Do you have a favorite one?

I don’t. In my eyes, they both have their assets, so an honest answer could be that, for me, some elements of either would make it perfect. The others have more black and white favorites.

And what’s the idea behind this – to give two looks over the same material for you and the fans?

Especially for us. We always have trouble finishing a recording process. Everything is always so final. With Mass V, we made different mixes for the LP as for the the CD, even in structure sometime, or lengths…We wondered how it would sound to let the same recordings go through Jack’s hands. And we had the means to, so we did. We saw it as some sort of study and exercise in nuance.

And how did you get to Jack – was because of his work with Oathbreaker, in which Lennart also plays?

Yes, Lennart pointed us to him, and me and Mathieu had worked with him on ‘Absent in Body’ (collaboration between Colin, Mathieu and Scott Kelly, from Neurosis).

Mass VI sounds like an evolution from Mass IV and Mass V, where I think you kind of found your own sound. Were you guys ever afraid to get kind of locked in one particular type of sound, like an “Amenra sound,” let’s say, during the writing/production process on this new one?

Having an Amenra sound sounds exactly like what we want to have.

The cover of this new record (the two versions) is probably the most strong and explicit in your career. How did you get into them? And what was the main idea behind showing these animals?

They’re all animals from our area in Belgium. We wanted the imagery to be close to our skin, as we always try to. We worked with renowned artist Stephan Vanfleteren. I had seen his work in the past, and it always caught my eyes with a certain urgency. It always demands respect, attention. That’s what I always long for in Amenra aesthetics. A couple of months after that, I saw an interview with him on national television here. And then it was clear to us that he was going to be the man to aim our arrows at.

We met a couple of times to talk about the band, the music and its artistic emotional intention. It quickly appeared to be clear what was going to happen. We chose the swan as the main image to the album. Its gracious beauty and fierce nature bring you to a halt. The dual nature of the lifeforce coming from this animal, and its motionless elegance after death, seemed to be the perfect visual representation of Mass VI. There is beauty in all dark things. Your performance is really, really powerful on this record, not just the screams, but also the clean vocals, which are sounding better than ever. Did you get some sort of training for this kind of vocals lately?

No, I just let my inner voice guide me.

And do you feel some sort of evolution because of the acoustic concerts and your solo career as CHVE?

Yes, I suppose I have grown a little more sure or certain about my vocal abilities. The solo/acoustic performances and lots of projects I helped on were good internships.

Still about this: do you feel maybe more exposed singing with your clean voice? And what are your inspirations for this – I can remember of Maynard James Keenan (Tool and A Perfect Circle) when I hear you?

It does feel different, its way closer to your heart than anything else. Maynard is definitely an inspiration, as David Eugene Edwards, Mark Lanegan, Nick Cave and whomever succeeds in talking to my heart or soul through music. They formed me in a way.

You sing in three different languages on this record, English, Flemish and French. Is there a special meaning for you to sing in each one?

I was drawn to different languages depending on what I was trying to tell. I love how an emotion always has one language to tell its story that little bit more intensely, that little bit more truthful than another. Sounds and poetic nature shifts from one language to another depending on the words chosen for a story to tell. Flemish and French will always be “our” languages, you know? Close to our bodies and hearts.

And how did you choose which lyric should be in each language?

It comes naturally. The voice in my head starts the process.

You recently did a tour on US with Neurosis and Converge. How was this experience? And do you feel a special connection with these bands?

It was one of the most beautiful moments in our ‘career’. It amazed us how much Neurosis and Converge took us under their wings. It was really mindblowing for us. They shared a bus with us, we got to use their backline, they made sure we had soundchecks and so forth. Good times all around. Beautiful people every last one of them. Both bands stood firm in their own musical endeavour. They have pursued their vision like not a lot of bands have, and they always inspired us to do the same. Follow our intuition. Our hearts.

Since we are talking about this. Amenra is one of the most impressive bands I’ve seen on a stage in my life. When I saw you guys in Portugal, at Amplifest 2015, it really touched me in a lot of ways. Was there one or more concerts that you saw in your life that also connected with you in such a profound way?

I think Tool on the Undertow tour. David Eugene Edwards solo. Gutter Twins. Those are the first ones that come to mind.

Bands like Amenra, Neurosis, Cult of Luna, Oathbreaker, Converge, among others, are getting more attention than ever on these last years. Do you think your work and the whole genre (that is often called as post-metal/alternative metal/avantgarde) is being more recognized lately?

I don’t know, I never make the calculation. Maybe it’s harder to walk around us now.

This is the last one. What are you most proud of in your career with Amenra?

Every day makes me proud, man. Amenra formed me as a human being and will define my persona for the rest of my days left here on Earth. I’ve made my choice. This is what I will be doing until I die. This is what I am here for. I take the most pride in being surrounded by the warmest and most genuine friends and bandmembers there can be. 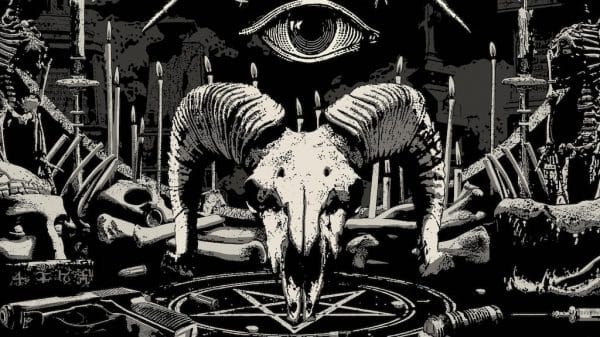 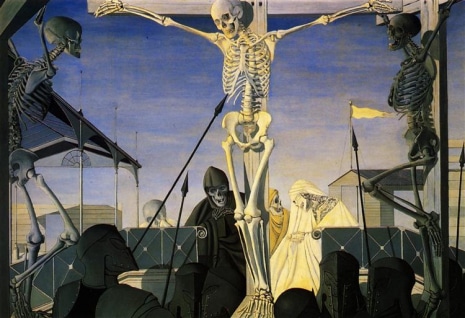