Yo Sean! Great to hear from you Brother! Hope you cats are good – I can see you are mad busy as ever!! 🙂

Yeah, swamped here man! Just about to do a few headlining UK shows and about to announce some festival dates for 2015…We are also working on the follow up LP to Stealing Fire From Heaven – which is shaping up like a beastly spectral miasma!

What was the creative spark that set off 11Paranoias? What is the meaning behind the name?

Me, Mark and Mike started space jamming whilst Mike was playing guitar for RamSS last tour, it sounded so cool and tripped out, we decided it was well worth taking somewhere…

The date of foundation – 11/11/11 – led to the twinning of the then 11 dimensions quantum theory – and the idea of being something – paranoid – in all dimensions simultaneously bloomed like a grotesque parasitical flower in my mind!! I could hear it growing! I can still feel it taking over! What kind of power does THC play in connecting you with the cosmos so that you can write the magical riffs that fuel the 11Paranoias listening experience?

Good question – I think we all take it for granted that nothing happens unless The Stone is properly on! Never tried playing without THC, and of course the indispensable and inevitable CBD, so I would say it plays a pivotal role!! Mass bodily highs are as imperative as the cerebral, certainly…the life and colour, dynamics and movement that come from The Stone gives us all we need to trip forth! It guarantees the savage psych ‘tone’ and ‘surrealsurroundsound’ that is what we are!

What visual artist – be them painter, illustrator or filmmaker – has had the most influence on the band?

Probably Max Ernst so far, as he influenced me to make the collage/screen-printed covers for Superunnatural and Spectralbeastiaries, and the poster I printed, ‘The 11 Deadly Elements,’ which was one of his pieces, with which I applied the method he used to make it by jamming with it and adding further collage features from our first two records. A clear parallel of his artwork and our music came into life…like a parasitic bloom from the mind! The cover for Stealing Fire from Heaven – the incredible ‘Temptation of St Anthony’ 1945 is probably the apex of the Ernst influence/jam from beyond the grave!! There are endless influences screaming to be heard from the beginning of time…

I feel that your latest album, Stealing Fire From Heaven, has been the most focused 11Paranoias record…was there anything special going on for the band while that album was being recorded?

Yes, there was a lot more going on. We were still developing our sound with Nathan, who was learning to jam out in the 11th dimension – which is not as straightforward as many may think! Having to let yourself go fully into the void of the cosmic jam is something not very many people we have met can manage…so we are of course thrilled for Nathan to be taking the time manipulation seat as confidently and mindlessly as he has! Everyone stepped everything up when we went into the studio…of course, there was no rehearsal or preparation for the content of the two days of recording – that would be most boring – and we used the power of The Solstice to its fullest extent to eek the best out of our inner and animal selves..plenty of Atavistic Resurgence! If you had to describe 11Paranoias as a strain of weed, what kind of mind-altering properties would it have? Also, would this strain be indica or sativa dominate?

Sure – it would be mainly Indica with a fat dash of Sativa high! Probably a Skunk #1 (more commonly known nowadays as “cheese”) crossed with a delirious Haze of some description would be pretty sweet…pretty much what I am used to, really. But our strain would take you on a full out-of-body-trip, which can be experienced as an entire lifetime, and not necessarily yours! So, a cross between my dream weed and DMT!! Yeah, that would be a good starting point…

What places, known or unknown, do you want to take your fans when they have Stealing Fire From Heaven blasting out of their speakers?

Happy to give a couple of clues to vistas used or referenced within The 11th Dimension!:

The dream laden nature of landscapes as envisaged by the likes of Arthur Machen, Clark Ashton Smith, Algernon Blackwood; the post-apocalyptic utopian(!) new world of Riddley Walker; the Pagan necessity of John Bowans Robin Redbreast – without which there we would never have had Wickerman! This is a question that I could spend the next week answering, and you would only have a tiny idea of what there is to impart… I prefer to leave the listener to have an all-encompassing experience of their own making – something they conjure for themselves…just roll with it, let it take you where it will…

Talk to us about the power of reverb, feedback and transcendental riffs, and the place they have in the 11Paranoias creative circle.

Where would we be without all those beautiful ingredients!!!! They are all things we use to convey feeling and often the sense of falling or vertigo…as well as impossibly huge space, whether inner or outer. I don’t think we really consciously think about these tools, we just wield them in a very naturalistic way. They often set the tone and mood of our jams. Of course, we prefer to use classic sounding vintage gear for this, especially in the studio, but I don’t like getting techy as it seems to suck the magic out of what we are doing…

Why has the band entered the studio so soon after releasing an album, and what can we expect from the upcoming record?

I always said on the summer solstice when we laid down Stealing Fire from Heaven – if this is as awesome as we all wanted it to be, then we would celebrate by recording the follow up on the winter solstice! We all laughed and agreed…and that is what’s happened! The plan is to record at every solstice…so here we go!!
This new one is a total mind-bending space trip of vertiginous proportions! It is coming along nicely, and is another big step up from SFFH, which I am still reeling from – don’t forget, we have only lived with each new LP as long as you guys!! We are not bored with the riffs that most bands have played hundreds of times before they record them…they have only just been born – they have entire lives ahead of them which we will live together!

How much fun are you having in 11Paranoias? Do you have more freedom with this project than with your past musical experiences?

Too much!! Haha! 11PARANOIAS is the coolest band I could imagine being in, really…everything is fun and a breeze and the output is verging on insane! There is more freedom with 11PARANOIAS because there are no rules, and our imagination is the only limit…which seems fantastically engorged at the moment!

One of the best things is everyone’s positive attitude..nearly everything is ‘Yes’ from everyone…can’t knock it, so I won’t!

Having spent so much time in the heavy UK underground, do you feel that this has shaped the the way you approach your music? Do you want to bring something new to the scene?

I have always ignored everything else and pursued my musical vision with heavy blinkers bound to my head! In fact, they seem to grow from my skull like psychic antlers…or a parasitic flower!! I appreciate what others are doing, but have no interest in gaining inspiration from it – my influences are ancient, sealed; safely entombed and stowed in another sphere to be dreamily gazed upon when I care to…as time drags by I rarely look in on those influences anymore…

I get bored very easily with the mundane and obvious…I operate with immediate spark and am always chasing the split-second moment of creation…For example, with my vokill approach I have no restrictions – I couldn’t sing in the same style all the time or I would stop after a week or two; I would suffocate if I were to stop experimenting. So yes, always pushing forwards and struggling to create new and vivid visions within heavy music – still trying to open minds by drawing something new down from The Spheres and from The Shadows…I love to dwell and work in the unseen, the peripheral and the ‘automatic’…I am obsessed with imaginary detail of things that themselves often don’t even exist…well, not in this dull dimension we are forced to suffer anyway!…blah blah blah…

While creating Stealing Fire from Heaven, did you know that you know were creating one of the most cosmic doom records of 2014?

Ha! No, not really – I was so busy making Stealing Fire From Heaven in my own bubble I wasn’t really aware of anything else…We were sure we had brought something substantial in from the stars that was mind-altering – because we all felt it in the studio – we don’t really think beyond the gut felt communion we are all participating in at the time. We are happy with it, and do like how it grabs you and throws your perception around in an often unexpected ways…it feels fresh and urgent, and I can’t wait to be playing those songs more live. As a label, Ritual Productions is really known for creating unreal packaging. Could you talk about how important art direction and presentation is 11 Paranoias?

Ritual Productions is the best label in any world! We are extremely privileged to be working with this Ritual…it is more than a label really, it is a cosmic and earthbound home and a base for our lunacy and experimentation! Cris at Ritual is a visionary and blinding designer – a real perfectionist who knows what looks and feels and sounds great. She puts abnormal amounts of care and thought into the presentation of the music and artwork, and really gets what we are doing, as well as often pushing us beyond what we are expecting – especially when it comes to packaging. All of Ritual’s’ Rites are awesome!! Long Live Ritual!!

Brother!!! Miss you and want to hang out like the old days in the east London warehouse – smoking just as much weed as now and talking about Amebix, Motorhead and Venom – in that order!!! Yeeeeaaaahhh! Would love to get 11PARANOIAS over to your side of the pond!

Miss you too, those days are fresh in my mind! Thank you Adam for an awesome, cosmic interview…and for bringing your parasitic blooms to CVLT Nation! 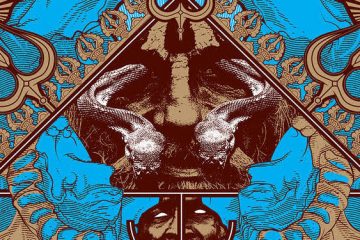 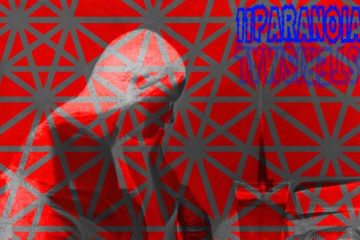 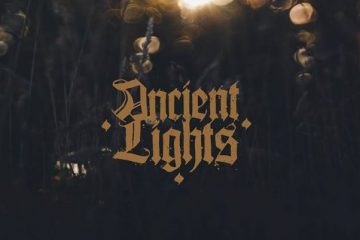