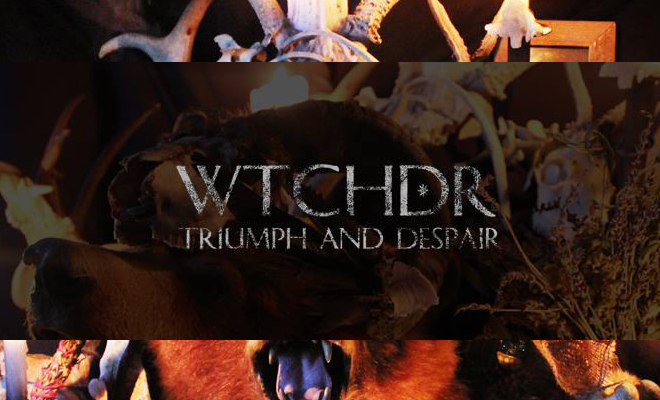 CVLT Nation is stoked to bring you WTCHDR‘s new full-length Triumph and Despair streaming below! This blistering release cracks open your skull with unrelenting riffage and punishing beats! Once the last note of this 20-min album leaves it’s cage, if your brain isn’t in a bloody puddle on the floor, hit play again and let the audio violence begin again! You can pick up the digital release on their Bandcamp starting today, and the tape will be out on April 26th to coincide with their album release show at The Astoria in Vancouver. Pummel your eardrums and hit play on Triumph and Despair below! All songs written and performed by WTCHDR

Guest vocals on “I Think I Can” by Andrew Drury (BAPTISTS)