I had to work Thursday night, so Friday morning, about 2am, I headed to Washington, DC for the inauguration and women’s march. I had mixed feelings about both. Either this shit is either going to be really beautiful, and really bring people together in a way that Kellyanne Conway and the rest of Trump’s Brotherhood of Evil Mutants are desperately trying to rip apart. Or a bombshell of human garbage are going to eat a political Chipotle burrito, and really let loose. There is no need to rehash the fear, concern, and fart-filler words of the shit show of the 2016 election. Things in America are tense, for both sides. Both parties. Black, white, yellow, man, woman, cat, dog, bird, even shitty snakes….the entire world realizes we are about embark on a funky expedition into a political ruling that has never existed in a such a technologically-dependent, lazy, entitled, and apathetic world before. I don’t need to tell you that a reality star won the election, just like failed actor turned governor Ronald Reagan did…and how the use of social media has effected every aspect of the election. Pros, cons, fakes, truth, nudes, dudes, boobs, whatever….so I was very much interested in the possibilities of riots and mayhem, and the beauty of women coming together with the support of whomever chose to join them. This idea of a bubble-bursting America never dawned on a vast number of the population. As a documentarian and social justice satirist (I just made that shit up!), I obviously just spent the last paragraph juicing my own propagated opinion….I really want to document both sides. A) Because fuck Trump. B) Because why do people buy his wolf tickets? I think making good pictures requires opinion to not stand in the way of representation of differing sides to a battle that really has no answer other than: Americans are fed up, and don’t really know where to place their energy, other than blasting each other on social media, which is as pointless as thinking that Line dancing isn’t just the Hustle for white people. I digress. High five if you made it this far.

Friday morning I had a weird surreal moment watching my friend Devin Yalkin photographing the protests, and post a live instagram stream while I was also watching the news, and saw him run across the street on the news while watching it via his live feed. Technology is bonkers. I made my way down to where the action was going down around Ave I and 13th street. Protesters had lit a trashcan on fire and people were burning Trump shirts. There was a Black man on the corner yelling “Fuck Trump, buy one of these shirts to burn, so I can feed my family.” Within minutes, a police van approached the scene and someone threw a brick through the passenger window. The crowd momentarily scattered.

I made my way down to the entrance of the Bulls on Parade, and was frankly bored. Nothing about the Presidential parade, or Trump supporters, really seemed interesting to make photographs of.  I did overhear (missed the photograph) this Trump dude that looked like that dickbag from CREED call some girls whores after they asked him if he could even spell his own name, and ask them when was the last time they “went on safari.”  I have no idea what that meant. I wandered around for a few more hours and made some photographs. Cool story.

Saturday was the Women’s March. I arrived at the historic Mall about 11am, after a hellish train commute full of pink hats and people singing such inspirational jams, as “This land is our land” (which it wasn’t until we slaughtered a race of people and took it over) and “We shall overcome” (which was also ironic listening to a subway train full of white people…).

The Mall was packed, and sure enough, it was impossible to get anywhere near the speaking stage. I was honestly really looking forward to maybe seeing Maxwell. That dude can sing like a motherfucker. People kept coming and coming and coming. The signs were fantastic, and people’s attitudes were great. The overall vibe was really inspiring. Toddlers to the elderly, all shapes and sizes, colors and genders.  I really don’t like being in big crowds, and other than a disruptive situation going on in my stomach after drinking too much coffee, coupled with the sheer panic of realizing my entitled white ass had to go use a port-a-potty that had been sitting out for two days, I’ve never felt so calm in a sea of millions or possibly billions of people. The march started around 1pm. Initially heading down Independence Ave down to the White House, the Mall and surrounding areas were so packed, that at its start, the March spread (from my witnessing) at least as far south as Independence, north to the mall, Constitution Ave, and Pennsylvania Ave. It was wall-to-wall people. Probably the best vibe of a crowd I’ve ever experienced. I photographed all the way up to the White House and decided it might be a good move to get out of the city before everyone tries to leave. Seeing a wall of people that extended at least 10 Avenues, and double that in streets was mind blowing.

I really wanted to see some shit set on fire (besides a trashcan) and burn down the white house. I believe in violence when needed, and think sometimes people need to just get knocked out. I honestly didn’t really sit down to write this because I wanted to. I was gonna say a few things and post my photographs, but it just kinda came out.  I know this a metal site, and this is not about how Lars is the worst drummer ever, or about some new sick atmospheric Black Metal band that recorded all their guitars threw their mom’s panties in a cemetery on a boat blessed by Odin’s cousin Jerry from Queens. But the Women’s March was the first step not in showing a political system that we don’t buy their bullshit, but the first step in showing the rest of the country that we aren’t going to be divided, and our strength will grow in numbers, and we are all here for each other as motherfucking humans.  It was really beautiful. I might even say “Oh dude, it was so sick!!” It’s ok to shed a tear through your corpse paint, or do a little whammy bar squeal. It’s ok to have fucking feelings and share them with a community. That is progress.

Alright, that’s probably the last political thing I will write until 4 years from now when Trump gets elected again, and I can finally drink Mountain Dew out of a drinking fountain. 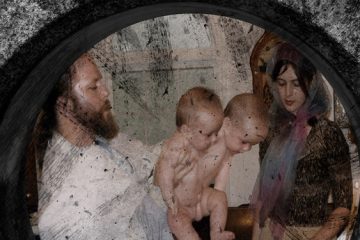 A Look At The Artists Behind the “Still Screaming” Photography Event 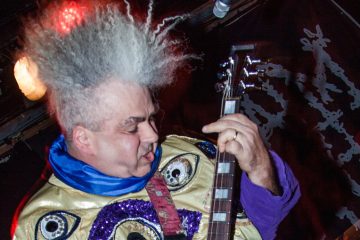