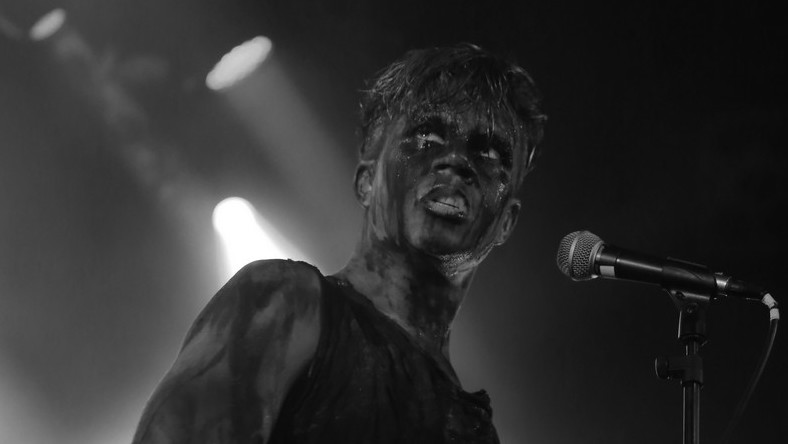 Brothers of the Sonic Cloth opened the day up on the main stage. Tad Doyle of grunge band Tad lays down heavy slabs of riff, not dissimilar to Yob. It’s a big opening to the day, even with a guitar string breakage Tad entertains the crowd with a solo vocal performance. Having missed Mispyrming’s two previous sets on Thursday and Friday as the venues were at full to capacity before they even started, I made sure I got there early to see the Icelandic black metal band everyone was talking about. And they did not disappoint – as soon as they started, the atmosphere was intense and dark and the packed out crowd loved it. Converge – Blood Moon with guest musicians Chelsea Wolfe, Ben Chisholm, Stephen Brodsky and Steve Von Till. It’s amazing how many down tempo, melodic tracks Converge have created. When you think of Converge, you think of frantic, brutal, untamed, unbridled chaos. How do their more thoughtful, melodic tracks fare live? The answer is they are something unique, something special. A re-imagining of tracks with guests, and the band have put a lot of effort into making sure it’s done with the utmost care, maintaining their integrity and artistic vision. Thirty years of Neurosis. With an extensive back catalogue, it’s impossible to predict an exact set list. But rest assured, no one will leave disappointed. Twenty minutes before they are due to start, the main stage is filled to the rafters. From start to finish, Neurosis are every bit the heralded cult heroes that they have become. The true artistic vision is represented in their changing form as they smash through tracks from every era of their thirty years of existence.

Brothers of the sonic cloth