Hey hey Friday. A miracle of this year’s edition was that me and my faithful companions finally managed to snatch a room in the city after two year’s commuting from the surrounding areas. The difference between the two was remarkable, not least because we could skip chasing after the last pre-midnight trains, thus having to miss out on a whole lot of bands and parties. Being in the actual city centre again meant being significantly more connected to Tilburg under the Roadburn spell, having the time to stroll around and grab a coffee and breakfast in one of the quaint and quiet side-streets, to check out a number of quirky, independent local design and music shops, to hang out with friends. In general, just having the opportunity to be even more chill cos the venues were just a five minute walk down the street. That was so good.

Anyhow, the day kicked off with Motorpsycho rocking it out on the Main Stage. Last time I’ve seen them, they had the whole audience captivated in a three-hour-long jam, in an oversubscribed and sold-out venue on the home turf. It wasn’t any different this time around as people were swinging and swaying, dancing, not blinking and enjoying the good ol’ fun. The same mood lingered on in the Green Room with Kairon;IRSE! (not a typo), one of Svart Records’ experimental proggy offspring. I had a random, bouncer-looking guy standing next to me, who  started prancing around, telling me ecstatically how he discovered the band only recently and was completely in love with them. It was his favourite band now. The same guy also told me he loved Genesis. Coincidentally, I myself have heard the band in my friend’s home just some months ago and was curious about them having the ability to play some of their tunes live. I was totally reassured as I watched one of their complex instrumentals shifting rhythm patterns and tempo, their intricate musicianship shining brightly through the layers of sound. Kairon;IRSE! was described in press as a blend of Gentle Giant, Yes and King Crimson. Not convinced yet? Apparently, they ‘couldn’t be more prog if they fell into infinity through a topographic ocean’. Oh, and sharing a guitarist with Oranssi Pazuzu doesn’t hurt either.

On the other side of the street, inside the appropriately atmospheric and chokingly stuffy Het Patronaat, everything was ready for Thom Wasluck to take it to the stage. The bleak cover of ‘Below The House’ was projected onto the backdrop while the front was occupied by a wall of cabinets, amps, pedals and syths. Thom’s project Planning For Burial was to have two appearances under the festival, with one being in Cul de Sac, tiny club notoriously impossible to get into, so I wasn’t taking any chances. PFB can’t be easily described as it’s so gloomily eclectic and versatile yet soul-crushing and soothing at the same time. ‘Below The House’ was probably one of my favourite records of the last year and I felt incredibly fortunate to have the chance to see some of the songs performed live in front of my eyes. It was everything I hoped it to be. If you were seeking some place to warm yourself, body and soul, Main Stage venue during Godflesh set was not it. Handpicked by Roadburn’s own curator, Godflesh performing ‘Selfless’ in its entirety, was a brilliant choice for those of us who missed them at the festival in the past. The show was laden with tormenting heaviness and intensity, a soundtrack of worlds being reduced to ashes. We also just have to give it up to Justing Broadrick for being the unofficial MVP of the festival. Apart from performing with Godflesh, he joined with The Bug under the name of Zonal to deliver a show feat. Moor Mother, and another one where he teamed up with Scatterwound as a third guitarist. A true renaissance man. But the night was not over yet and what we needed was a change of mood, and thus the only remedy for the Godflesh set was the punky grooviness of Grave Pleasures. No stranger to Roadburn, Matt McNerney was back with the finest troupe of euphonious rascals to date. Adding a couple of  Beastmilk evergreens to the mix, they thrilled and delighted the audience across the venue. All pumped-up, we danced into the night to the beats of ‘Genocidal Crush’. Creepy Historical Photos That Will Haunt Your Nightmares 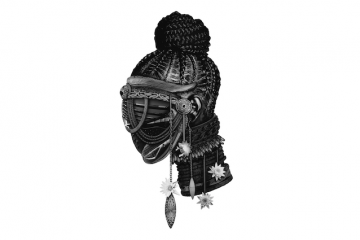 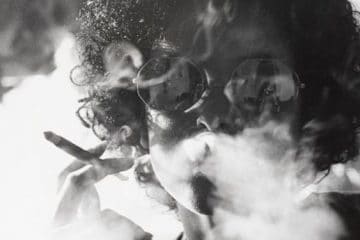 Profound and Prolific: The confrontational art of ADRIAN PIPER 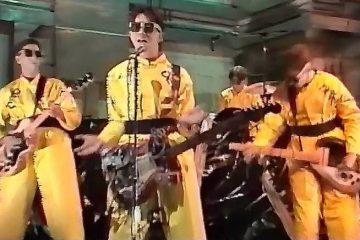