Friday night, and the week had been a rough one: overtime at work every day since Monday, along with a nasty cold that snuck up on me just the night before this year’s instalment of The Power of The Riff was slated to begin. It was safe to say that I was ready to leave the week’s worries behind me and enjoy the festivities. The chill in the night air melted around me as I pulled open Complex’s sturdy door, just as I’d done many times before. A sense of familiarity enveloped me, and I was ready for the evening to begin.

First up on the bill were Los Angeles locals Deth Crux, a band whom I’d seen at this same venue several times before. Their performances seem to get better and better each time I catch them, and tonight was no exception. Despite what I expected would be a clash of genres between Deth Crux’s catchy death rock and the harsher powerviolence/thrash of Despise You and Excel, everyone seemed to be enjoying themselves and the venue quickly filled to capacity. The fact that this show was sold out became more than evident when pits opened up for both Despise You and Excel. Fans who chose not to be a part of the chaos were crammed into every nook and cranny of the 250-person venue, headbanging away. Although I’m typically not a fan of thrash, both bands had poignant lyrics that stuck with me, reading, at times, almost as poetry. Energized yet at the same time thoroughly exhausted, I made my exit shortly before the pre-party ended, trying in vain to get enough sleep to make it through the first official night of The Power of the Riff at the Regent Theater the next day. Work is relentless this time of year, so I arrived late to both Saturday’s and Sunday’s events. Pelican were already on stage sounding phenomenal as I walked down the Regent Theater’s indoor hallway. Their intertwining melodies accompanied by soaring visuals presented on the projector screen seemed to create a trance-like state for the audience, myself included. Incantation took to the stage next. Frontman John McEntee wasted no time riling up the audience with his stage presence and crushing form of death metal. Excitement was almost tangible in the air throughout their set, growing more and more ever-present as headliner Wolves in the Throne Room’s set drew closer.

Never having seen Wolves live before, I wasn’t sure what to expect. They certainly did not disappoint; their performance seemed as transcendent and ethereal as their records. The fog swirling in the air seemed to have transported the audience to another plane entirely as black metal guitar riffs echoed throughout the venue. WOLVES IN THE THRONE ROOM After a slightly better night’s rest I was ready for the second and final day of the festival. I managed to arrive just in time to see the second band, Obliterations, begin to play. One of their songs in particular, “Middle of the End” seemed like a more than fitting way to end 2016, doing an excellent job of encapsulating everyone’s frustration with the current political climate. Up next was Gatecreeper, captivating the audience with a short yet intense set of their brand of crusty death metal.

On almost the opposite side of the spectrum, Kowloon Walled City floored me with a wall of emotion. Their hypnotic riffs combined with Scott Evan’s monotonous vocals create a surprising rollercoaster of ups and downs, evoking a feeling of desperation – a feeling supplemented by NAILS’ performance, which followed. NAILS were certainly a highlight for many attendees, judging by the size of the pit. Many fans screamed lyrics, reaching up towards the band, allowing the pummeling rage to overtake their bodies.

Neurosis, the headliner of the night, was just as intense, but in a different way. Scott Kelly and Steve Von Till’s combined vocals were likely some of the most powerful of the weekend. Their set evoked a very “us against the world” feel, a theme fairly prevalent not only throughout The Power of the Riff, but the entirety of this year. All in all, I believe the fest was just what Los Angeles needed – there’s nothing quite like being in a room full of very different people, all united by a shared interest: good music. Nowadays, a sense of unity is something that we most definitely are lacking. In this article:Despise You, Deth Crux, Diana Lungu, excel, neurosis, obliterations, SOUTHERN LORD, The Power Of the Riff, TPOTR 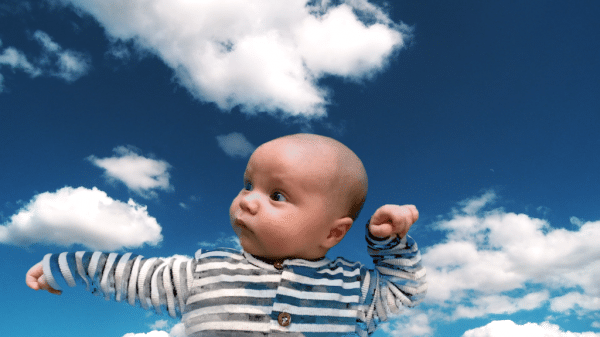 Fall in love with the Grunge of LAUGHING MATTER “NEW LOVE”

The 90s is when everything started to go downhill for me. So it’s ironic that LAUGHING MATTER is giving me such Dinosaur Jr. vibes...