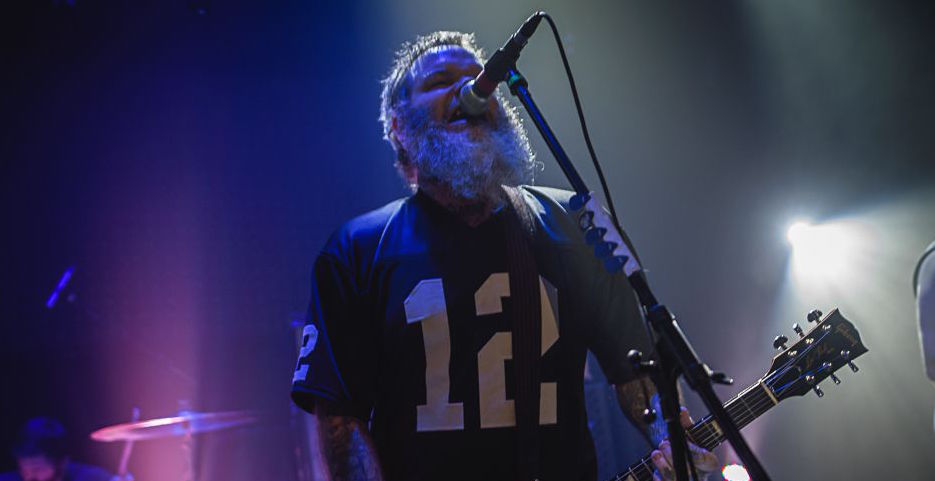 Neurosis, with Yob and Sumac

Going into this show, there was no doubt in my mind that – based on the bill alone – expectations were very high. A common objection among concertgoers was that the choice of venue really was less than ideal – after all, it is more night club than it is concert venue. That said, when it comes to a show of this calibre, typically the way it’s decided which promoter gets to present it is determined by who can make the most enticing bid for it. This is one of the realities of business – doubly so of the music one. As far as describing the show itself goes, I’ll be keeping it as brief as possible. Words can’t really do it any justice, and you were either there or you weren’t. You should have been there.

Sumac kicked the night off with a solid set. Correct me if I’m wrong, but they just seem to get that little bit tighter each time I see them. I can’t rule out that I might be biased on some level – after all the band is comprised by three of my musical heroes – but I strongly feel that anyone would be hard-pressed to find fault with the set they delivered.

I’ve often joked that I consider Yob the Pink Floyd of aggressive music, but their set on this bill actually made me realize how much veracity there is to that statement. As difficult as it is to try to pigeonhole the band, there’s something inextricably their own to everything they do. As much as they aren’t shy to admit their influences, Mike Scheidt doesn’t borrow; he possesses. They were the perfect choice for the middle slot of the bill.

There is honestly no way to describe Neurosis’ set. This was, from my understanding, their first performance in Vancouver since the mid-or-late 90s. They played flawlessly and did not disappoint. It’s reassuring to see a band at the forefront of the evolution of aggressive music still be at the top of their game 30+ years into their careers as musicians. I recall looking around the room at one point, and becoming very aware that I was definitely not the only one in complete and utter awe. This was the show of the year.

In this article:neurosis, sumac, vaNCOUVER, yob