Meghan 2017-07-18
Meghan · July 18, 2017
0 2 3.7k 0
Photos: Ali En
Saturday, June 10th at The Rickshaw Theatre (& Black Lab)
Day three fell on me like a bag of bricks. Again, the early start caused me to miss Brulvahnatu and Xiphoid Dementia, but I was fortunate enough to catch the twisted and chaotic black death of Triumvir Foul, a band who is trying to carry on the torch of Knelt Rote – with great results, in my opinion. While slightly more abstract and intelligible, their music is equally ugly and punishing, and their recent signing to Invictus Prod and Fallen Empire respectively should be seen as a clear sign of the Portland band’s unstoppable ascension to dominance.
What followed was my favorite set of the whole fest, as after a mind-boggling reunion show at last year’s California Deathfest, which I also witnessed, Rites Of Thy Degringolade took the stage once again to teach everyone a serious lesson in violence and antagonism. While Rites is a much more concrete and traditional metal band than the rest, their absurd musicianship, and the abject hatred and seething hostility with which they play is just something that places them on a whole new level. Their riffs are timeless and their attitude is unmistakeable as they take the old teachings of Slayer, Venom, and Celtic Frost and use them to create an utter war zone in the venue, literally bombarding the crowd with a cascading onslaught of razor sharp riffs that cut through the crowd like a swarm of razors. An absolutely triumphant display of hatred and violence brought to its extreme consequences with the mere rudiments of metal, and further glorified by a total lack of pretentiousness or of pompous experimentation.
New Zealand death merchants and Dark Descent rising stars Heresiarch also brought some serious pain to the audience’s flesh and were undoubtedly another highlight of the fest. While they are considered a twin entity to Diocletian, I would have to say that in the live environment they are their own thing. Almost more an exaggeratedly hateful hardcore band than a war metal band, on stage Heresiarch are utter punishers of unequaled ignorance. Many thoughts came to mind as they played, the main one being that I felt like I was listening to Integrity though a black hole of war-torn hatred – or something similar. Their riffs are extremely stripped down, cold, soulless and utterly hostile, and their stage presence has “punk” qualities you can’t quite put your finger on, which are surely deviated, but which feel real and apparent.
Necroholocaust lead the crowd toward the end of the night with my second most favorite set of the fest. Their meathead, bonehead, caveman war metal is like none other. While they bask in the cliches of the genre covered in black hoods, huge chains, implausibly ridiculous gauntlets, black eye makeup and all the obvious decorative elements of the case, the music is something you can not forget for the life of you. It sounds like being smashed against a stone wall by a horde of Neanderthals and then pulverized in a nuclear shockwave. It is of an ignorance and primitivism that is hard to believe it is so awesome and ridiculous. Throughout their whole set, I felt like the whole venue was regressing to a state of utter barbarism and that Necroholocaust were orchestrating this disgusting ceremonial with immeasurable pride and tyranny. Truly a spectacle to behold.
With my ears still ringing, I found it implausible for Revenge – even in their now legendary reputation as a live killing machine – to match what Necroholocaust had put me through. Boy, was I wrong. It took Vermin, Haasiophis, and J.Read a good 2-3 songs to fine tune their sound and become compact and well-oiled onstage, but once they got in the zone, their grind was inescapable. The hatred was literally poured on the crowd from stage with dump trucks. The war was unleashed with the force of a thousand cataclysms. The sonic holocaust was achieved forcefully, bluntly, mercilessly, and with no remorse. The chaos unleashed was immeasurable and the violence out of this world. It was a race at the edge of mankind with Necroholocaust to determine which band in the end was the most tyrannically hostile of the night, and I’d have to call this a tie, as both bands literally self imploded under the weight of their own destruction. Nevertheless, Necroholocaust was a band I was unfamiliar with and still sounded new and vaguely “fresh” to me VS Revenge, who I’ve seen multiple times, so I guess the prize of most exaggeratedly abhorrent goes to them, but fuck, both bands nearly reduced me to my knees.
All in all, Covenant Festival was a treat for the ears, a feast for the eyes, and a plight for the flesh. All the bands were meticulously picked by the organizers to provoke an extreme and long lasting reaction in the attendees, and I can’t but stress how it was an experience hard to forget for this reason. The cream of the crop of all that is senselessly brutal these days came together through the sapient minds of the Covenant, and took the stage one after the other in an authentic feeding frenzy of aural violence. The organization was impeccable, the vendors top notch, the price was right, the image and overall look and feel of the fest were astounding and I can’t wait to see what next year’s edition will look like.
RICKSHAW THEATRE:
REVENGE
Necroholocaust
Rites Of Thy Degringolade
BLACK LAB:
Blood Incantation
Human Agony
Negative Vortex
Tags:COVENANT FestNecroholocaustrevengeRickshaw TheatreRites of thy DegringoladeTriumvir Foul

Chechnya’s head says gays are ‘devils’ and ‘not people’ 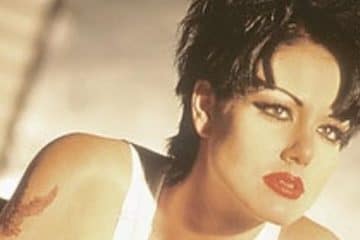 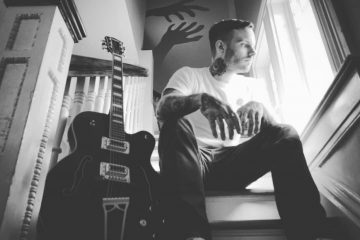 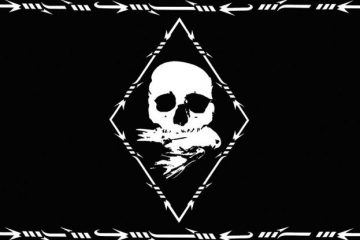