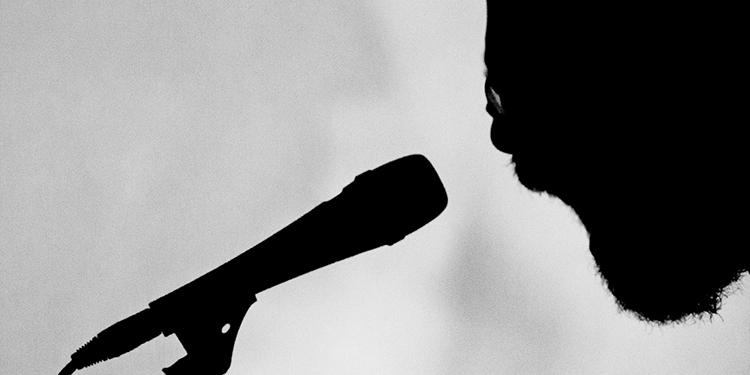 You know, you start these days thinking “Man, I don’t know where the fuck I’m gonna end up” and you want to like the freedom of that ambiguity but you don’t because it’s Sunday and when you’re unsure of the future well aware that the machinations are about to come cranking the very next fucking day you tend to kick the zen of possibility square in the dick and start to fretting about real prescient shit like rent and insurance premiums and how ingloriously a libido can wane before you can’t bother with POV porn anymore because you KNOW FULL WELL THAT’S NOT YOUR JOHNSON and you just get stuck in an eddy swirling around stress and stupor until suddenly all your Wolf Eyes shirts don’t fit and then what?

Then what, the fuck, indeed?

So you go to the noise show because you’re tired, so tired, SO GODDAMN TIRED and besides, your tinnitus needs a nemesis and you’ve taken up a lazy sense of everyman disassociation and you think, maybe, you’ll rattle your skull straight but that’s absurd because noise – more often than not – is just briefcases and laptops and nothing about that interests in (visually, experientially) in the slightest and no one’s ever saved themselves from drowning by sinking and if you don’t abandon this second person shit pretty soon you’re gonna start craving upstate folk art which is a fate worse than…

Today, TONIGHT you’re neck deep in the nightmare of a thousand bats crawling up the walls of Plato’s cave. Pulses and pounds bled out by the ounce. There is no mouth, only memory. Only the animal narrative scratched into your skin and, sure, some of it’s played out as dutifully drab as an abscess but some of it is transformative, horrific. Desperate and damning and all but wholly incomprehensible to the well-fed outlier which – let’s face it – you’re pretty shitkicking sure is you.

No one can tell you from the shadows.