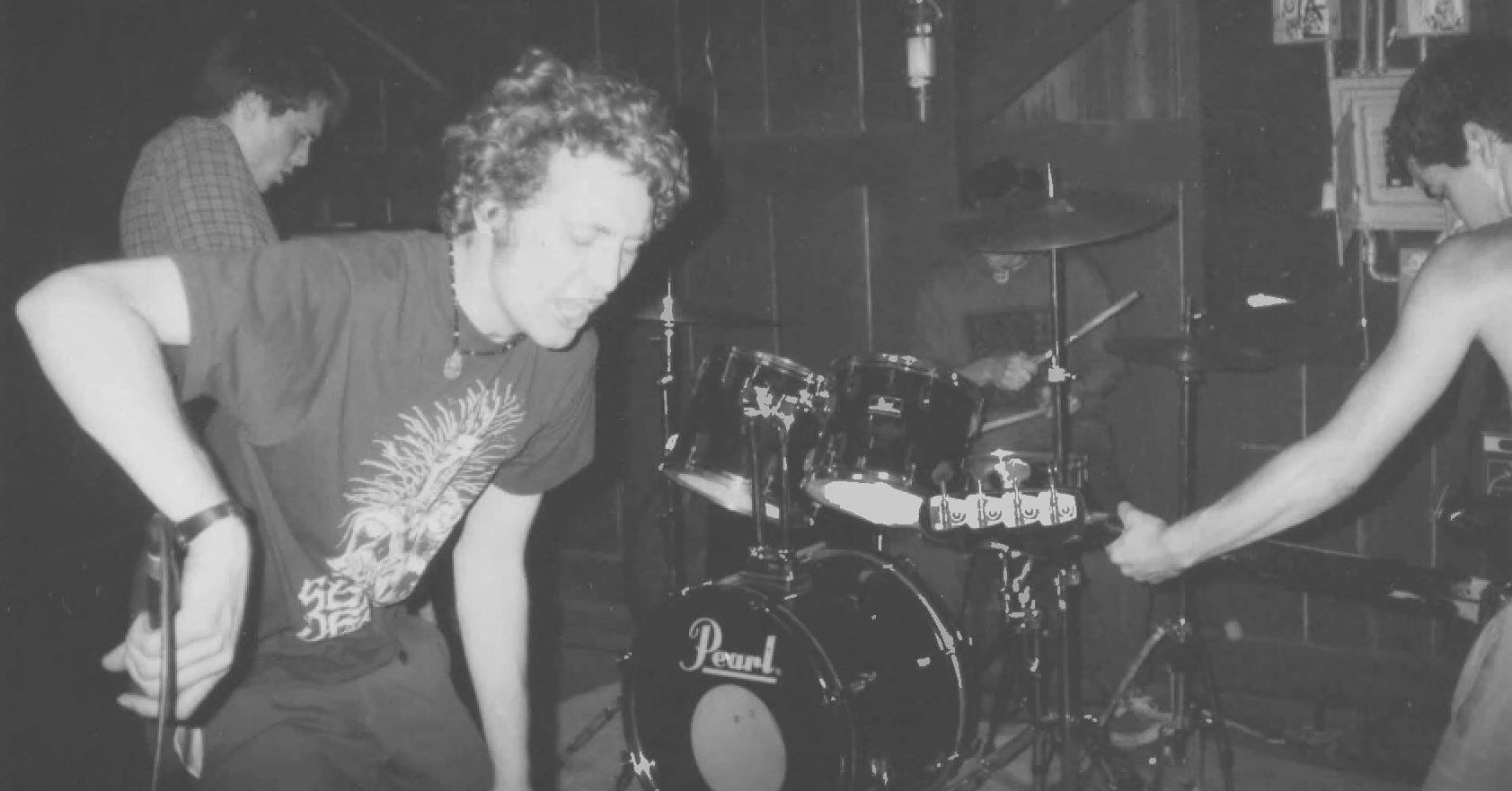 Hey y’all I want to share this extremely sick album from END OF THE LINE that was created in the summer of 1991. I’ve got to say that this band fucking rules and that their aggro, angular energy is really captivating. Imagine putting your reality in a whirlwind of sonic chaos — the outcome would sound like one this band tunes. Real Talk, the word “unhinged” comes to my mind as I listen to this record. It’s pretty rad that Three One G is releasing this record on Sept. 16th because it gives us all a chance to hear how killer bands from the 90’s were. I feel so honored to share with y’all the END OF THE LINE album in full below, plus some SICK footage of one of their shows from 1991!

End of the Line, the short-lived San Diego hardcore band that was in the right place at the right time. Existing during summer 1991, its membership boasted Matt Anderson, Scott Bartoloni and Aaron Montaigne of seminal 90s band Heroin, who, for the most part, had switched instruments. Further intensifying this lineup was leather-throated vocalist Cory Linstrum. A mutual appreciation of Bl’ast!, Faith, Void and SSD acted as its starting point, leading the band down the left hand path of chaotic punk and hardcore. EOTL played a dozen shows during its brief reign. Its teeth were cut appearing alongside Aspirin Feast, Say No More, Struggle, Undertow, Downcast, Media Children and Blatz (among others), before obtaining an opening slot on a Born Against/Rorschach show. The display of raw pandemonium unleashed that evening saw End of the Line’s buzz spread to the East Coast as these bands returned from tour. Rapidly a bidding war began with EOTL in the middle. Vermiform offered a seven-inch deal, while Ebullition dangled the opportunity of a full length. The band chose the full length. Having previously recorded three tracks, EOTL now had the opportunity to record the rest of its set for posterity.

In this article:End Of The Line, Featured