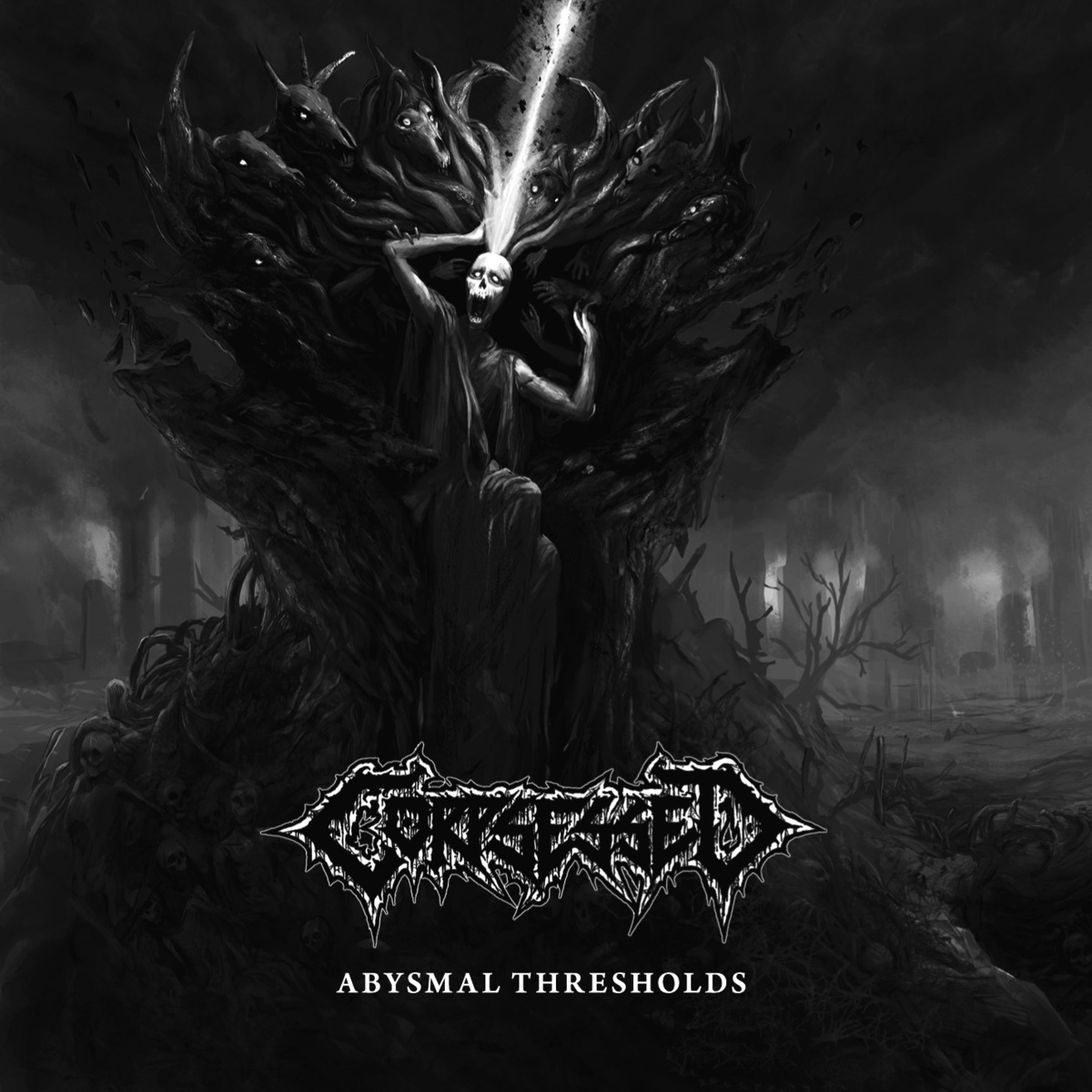 Finally! After nearly three years of being teased with their excellent EP The Dagger and The Chalice, Dark Descent has fully unleashed the debut full length from Corpsessed. With the kind of expectations set by the band with such a stellar EP, it’s evident they’ve spent much of this time to hone and refine their attack over the ten track, 47 minute melee. The performance itself sounds tighter and more layered, giving the songs a stronger sense of cohesion, both individually and as a whole.

Furthermore, Abysmal Thresholds is strengthened by a light sprinkling of synth that takes a great song like “Trepanation” and thrusts it into the realm of orchestrated brilliance. The overall effect of “Sovereign” is aided by its presence in a similar way as well. Excluding its inclusion as the intro for “Ravening Tides,” its use is, indeed, quite subtle, but becomes more noticeable with each and every play.

For a band that was already good at summoning that eerie sound Finnish Death Metal acts are often so keen at employing, Corpsessed have really vaulted their songwriting to next level status in terms of atmosphere.

“But dude, does it have riffs?”

Yes. Lots of them, actually. Not to mention the tone is absolutely killer. The riff set on Abysmal Thresholds is strong and chock-full of the dark, hypnotizing melodicism of their homeland and the roiling, murky blasphemy of Incantation. The latter especially when the songs slow down. In fact, my initial reaction to this album was that the band is leaning more in that direction, as many of the songs take on the vibe of Incantation, particularly when those trademark pinch harmonics come into play, but on the whole, the blending of their separate influences is an undoubted success.

The vocals could maybe be a tad higher in the mix at times, but they still come across as a driving force at key moments when the band is working their magic, adding a layer of dark orations to the already subversive soundscape that towers above modern man with indiscriminate reckoning. Abysmal Thresholds is everything I wanted in this band’s debut and then some. Armed with tools originating on each side of the Atlantic, Corpsessed have cemented their ascension in the Death Metal ranks.