I have been waiting close to two years for this split to come out. While I wish it had come out earlier, it was so worth the wait. Holy fucking shit. I’d heard the demo version of Column Of Heaven’s material on the Precipice tape, and of course it was amazing on that version, and is still amazing in its revised form. Suffering Luna’s material is all new to me, and I am so blown away by it, even more than I expected to be.

I don’t want to just rehash my review of Precipice for Column Of Heaven‘s side, because it definitely is not the same. For example, the opening track, “Nothing,” has been changed from a 10 second burst of grind to a 35 second burst of pulsing power electronics that sounds like something you’d hear from Anenzaphalia. Another big difference is that the mix is much cleaner (not necessarily a bad thing, although it took a bit to adjust to, since I was used to the Precipice mix) and so everything that’s going on is out in the open, actually giving this an ominous, overwhelming feeling equal to what they accomplished on the Mission From God LP (and really everything they’ve put out). And, since that LP, Column Of Heaven have been integrating black/death influences into their music; and its usage has gone from tinges to being the core of what they are doing here. The material on the Demonology tape (later on the split 7″ with Radioactive Vomit) had heavy black/death leanings, but this material pushes it even further to the point that I’d risk saying they are primarily playing black/death. They are totally bestial here, and their bludgeoning assault isn’t stopped by their integration of terrifying, intense power electronics tracks; it’s made even more punishing. I’m so sad that this band is no more, they were truly one of the best and I seriously consider myself ridiculously lucky to have gotten to see them. I’ve heard that Andrew Nolan’s new band is even filthier and possibly better than Column Of Heaven (how does he keep doing it?), but I have yet to hear it for myself. So here’s to hoping a demo surfaces soon.

But don’t forget this is a split LP. When I heard that there was going to be a split between Column Of Heaven and Suffering Luna, I was in disbelief. Two absolutely incredible, powerhouse, out-there as fuck bands on the same record? Sign me the fuck up. Suffering Luna‘s side holds its own against Column Of Heaven’s, which should come as no surprise to anyone familiar with them. Their split with Dystopia is legendary, even though most people (wrongly) tend to only pay attention to Dystopia’s side; their split with Gasp is truly deranged and weird in a way that hip glove-wearing punks can only dream of touching (then again, I think listening to grind and noise isn’t cool for them anymore). On this split, Suffering Luna goes all out (as they are wont to do), entwining filthy riffs with power electronics and samples, somewhat reminiscent of later era Man Is The Bastard (see: Thoughtless) but with less prog riffing and more jamming and their trademark heavy reliance on samples. Oh, and I guess I should mention that their side is only one track, and that the track is over 17 minutes long. Some people might be deterred by that, but trust me, this track is paced perfectly and when it’s over you’ll probably wish it wasn’t (that’s how I feel every time I hear it, anyway). This shit is totally fucked in the way that only a band like Suffering Luna could hope to achieve. Now hopefully they’ll tour someday. For those of you who saw this review and thought “tl;dr” here’s a more concise version: fucking download this and listen to it because I can guarantee that it is without a doubt one of the best things 2016 has to offer. Official seal of approval from me, the internet’s #1 punk bully and hater of fun. Also, I split the tracks, since Nerve Altar’s bandcamp has all of Column Of Heaven’s side as a single track. Okay, I’m done, have at it.

In this article:COLUMN OF HEAVEN, fucked by noise, Suffering Luna

When it comes to the original West Coast Power Violence scene, one band has always managed to stay as a truly outsider group –... 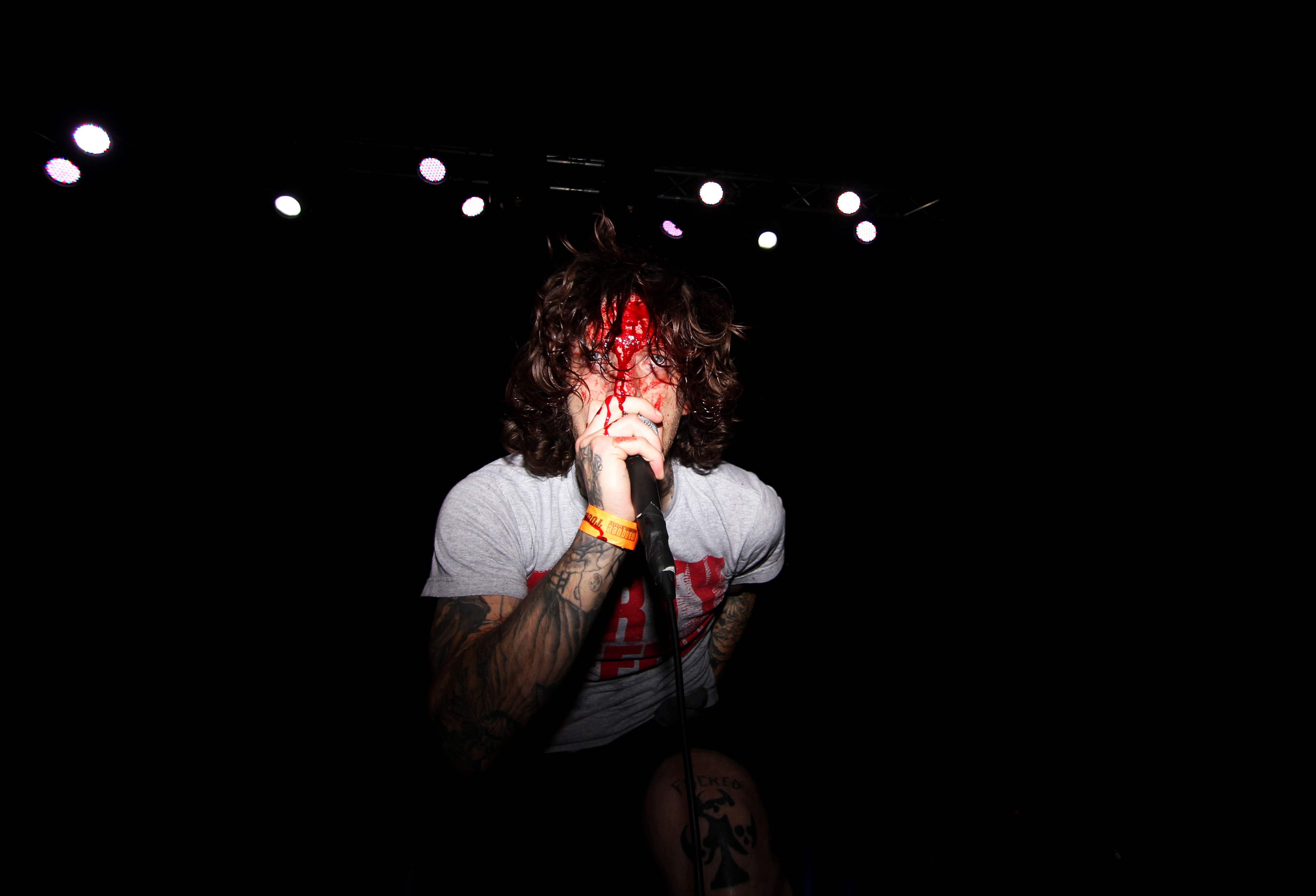 Day two of King of the Monsters Fest featured a robust lineup that included a pair of headlining reunions by 90s’ hardcore pioneers Groundwork...