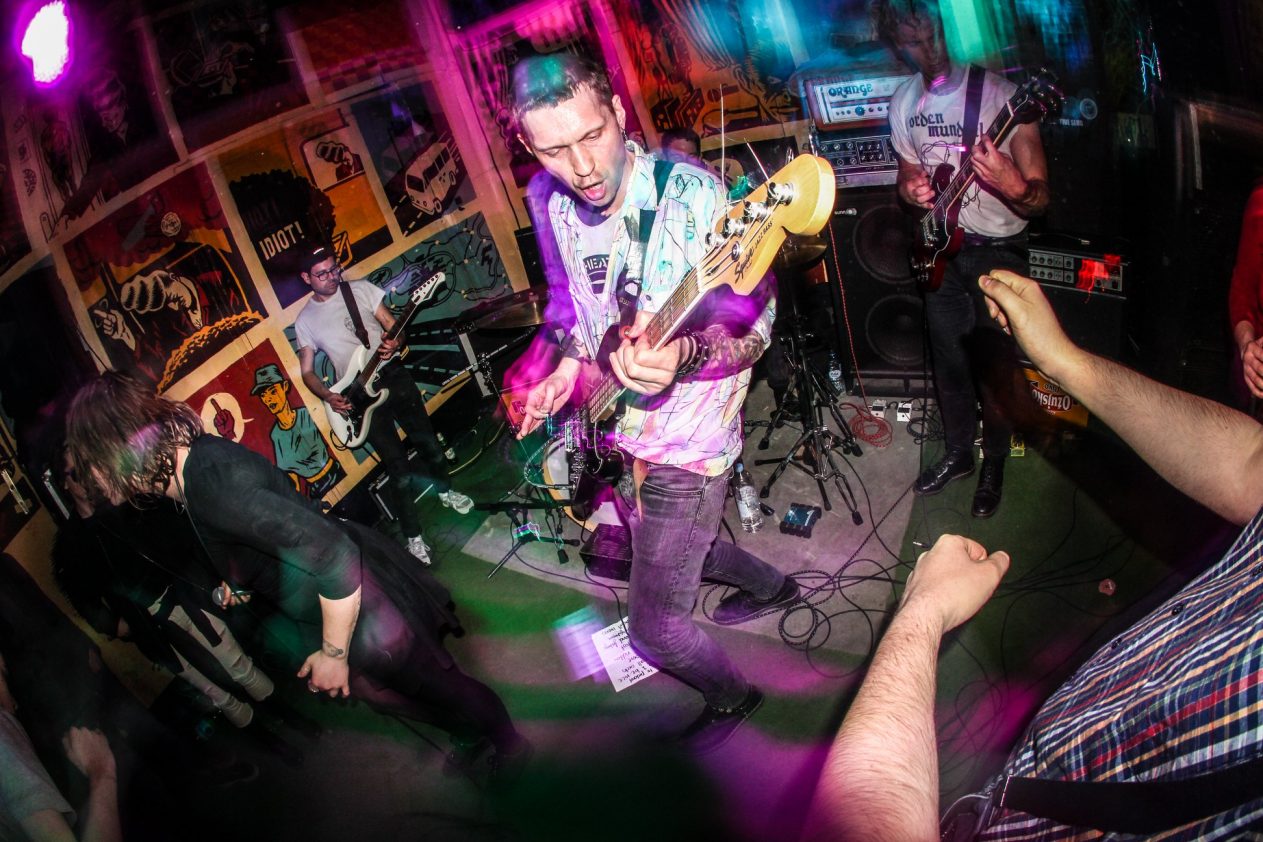 When a band has the word “leather” in their name, usually you either think of something like Judas Priest or you go the Velvet Underground route. Well, Cold Leather sound like neither. In fact, they probably sound as if no punk band had existed from ’74 on. They play those tasty classic rock type riffs with a groovy rhythm section and have the same sexy teenage urgency that you feel when you listen to The Runaways. It’s like they were punks before there was punk – and I don’t mean power-pop. I’m thinking about that period of time when rock was dangerous and sexual and it wasn’t necessary to differentiate it from all the commercial bands’ bullshit. And believe me, if Cold Leather have one fault, is that the short duration of their single and demo leaves us wanting more. For a whole lot more.

Sure, there are plenty of bands out there that play like pros, but what makes the difference in the devotion we feel for our favorite bands is the feeling. And these guys feel like the real stuff, their songwriting is catchy as something out of Generation X’s universe and their attitude is cool and casual as if they shared their DNA with a street-walking cheetah. But these guys are far as hell from L.A. or N.Y or any other US city you might be thinking of by now. They’re from Berlin, even though it’s impossible to tell that from the way they sound, especially on tracks like “Smile and be nice” or “Endless dance,” both on their 2016 excellent demo which makes you totally understand Emma Goldman when she equated dancing to the revolution. After that demo, Cold Leather released a 7’’ that is at least as good as their first release. Do you know when a band just isn’t capable of writing anything but hit singles every time they pick up their instruments? If these guys were on some lame-ass big label and were left alone, they would probably be huge. Or at least they would deserve to be if that’s what they wanted, but I get a feeling that being big is not on their priority list, if nothing else because of the fact that they are simple, nice people who just want to have fun.

When you listen to Marc and Marian explaining that they spent a lot of nights just talking about this band before it even existed, you get why they are passionate about what they do, and that shit is contagious like yawning at some shitty yuppie office. And that’s great, because it makes us fall even more deeply in love with Cold Leather, and right now with all the millions of bands that keep popping out like mushrooms and not of the magic variety, it’s wonderful to feel connected and feel that this just might be “my band.” Like back when we taped underground stuff from friends and listened to it to exhaustion as if it was the fucking hit parade. So when Marc tells us that they were super excited when they finally met in the practice room, we can almost feel it. Particularly when he talks about how the singer, Nadja, got there with a skateboard in her hand and just fucking delivered like a scene from some 70s movie like “Lords of Dogtown” or “Almost Famous.” All that pretty much leeches into their songs, “Hag-ridden” being the most notorious case, especially when Nadja keeps singing about running. That’s when you kind of feel that, yes, the old world is behind you so you better run. Where to? It makes no difference, as long as you do it.

Probably the crazy drive you feel emanating from Cold Leather is due to the fact that Berlin has became a sort of melting pot where people from all different places in the world gather just to do their thing. And even though their songs are kind of happy, no punk is true if he or she is happy about the current state of things. But, like Marc explained, not all bands have to sound grim and dirty in order to mean what they say, and well, none of the members has any shame in expressing their devotion to the classic rock sound, which definitely influences the band in the best possible manner, because all that bloated ridiculous stuff is left out. That pretty much helps in making sense when Marc tells us that he has a love-hate relationship with punk these days, because he loves its essence but only likes 2% of the bands. Besides classic rock and some Oi stuff, reading – especially about older punks – seems to be a definite influence, and anything from Viv Albertine to Peter Hook goes, which means that these guys are open to a bunch of different stuff. That shows on their songs, of which fortunately there will be more, since they are planning to release a 12’’ sometime in late spring. In the meantime, just try to not go crazy with each other, Marc tells us. And have fun and enjoy, because listening to Cold Leather sounds like anything and everything might happen and just the fact that you’re left with that feeling is a pure fucking blast. 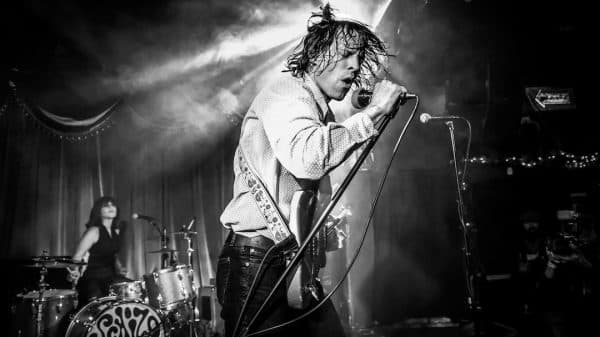