On the 4th of October Los Angeles hosted a very special dual headlining show at the fully packed Regent Theater in Downtown LA, featuring hour plus sets by Russian Circles and Chelsea Wolfe.

Russian Circles played an amazing and powerful show as always. In my opinion one of the best live experiences one can have, and, honestly, should… at least once. Their music and performance are so incredibly powerful, that it doesn’t matter that they never talk from stage or use any other gimmicks, because they don’t need to. The music itself is enough to captivate the attention of the listener and take one on an unforgettable progressive journey. Their shows are also always supported by spectacular stage lights and just the right amount of fog. I would like to take a moment here and thank whoever is in charge of visuals and lights for the band, both as a spectator and as a photographer. Especially as a photographer… Thank you…

On top of a flawless performance, Russian Circles presented an unexpected yet a very special treat to the ones attending, by playing a song together with Chelsea Wolfe… Just then you thought you couldn’t have too much awesomeness on one stage. I personally love how their music works together; it’s different, yet it has the same basic mood, the melancholy, contemplation, and complexity, which are just served in different ways.

Chelsea herself brought a completely different type of doom on stage… More gentle, subtler, and lonelier. Her music makes you listen carefully to what is going on. And I believe the essential part of enjoying it, is being aware of what it makes you feel, which brings the wonder of having several hundreds of people in one room with the same amount of personalized responses to it, unified by the attention to the source of this magic. Her music also sounds very different live compared to the album version, it’s more powerful and real, given there’s a full band performing. It’s neither bad nor good, just different, because her voice still stays sweet, distant, and haunting, yet the extra heaviness of a live setting brings out a different color to it. And the lights… The performance wasn’t accompanied by much light, leaving the stage almost completely dark most of the time, with just a few hints on where to guide your attention. If Russian Circles is like a night city, quiet and sophisticated, yet well lit allowing you to walk anywhere to find meaning, Chelsea is more like a distant full moon over a rural dirt road. Distant and pale, yet it is the only guiding light around.

Side note. As a photographer, I am often at the mercy of the crowd to capture any good shots, especially at shows like this, with no photo pit. And thus I judge the experience not just on the artist and the performance, and light, but on the crowd as well, since I believe that the energy the artist radiates attracts a certain type of people. And I must say that this show had one of the most polite and friendly crowds, with the majority of people being happy to help me move around and get access to the angles I needed. Something worth noting. 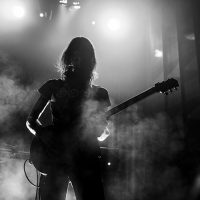 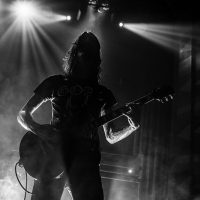 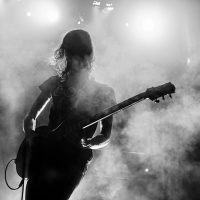 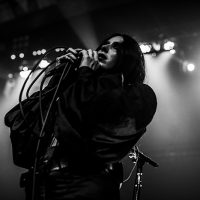 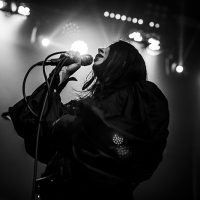 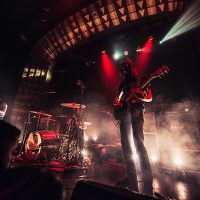 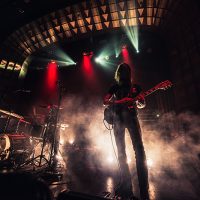 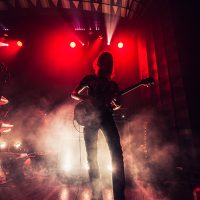 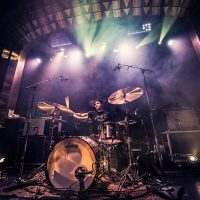 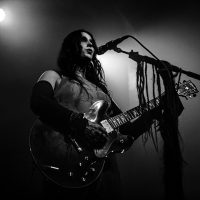 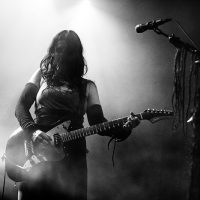 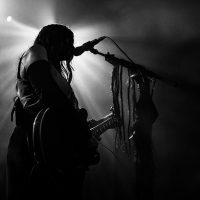 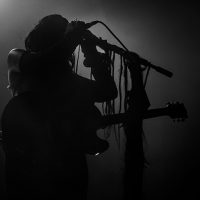 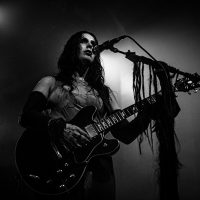 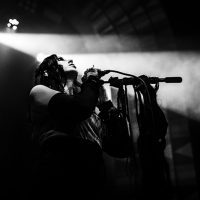 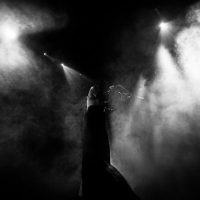 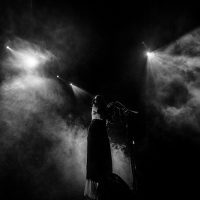 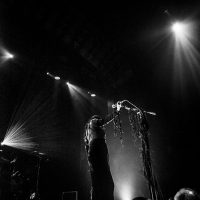