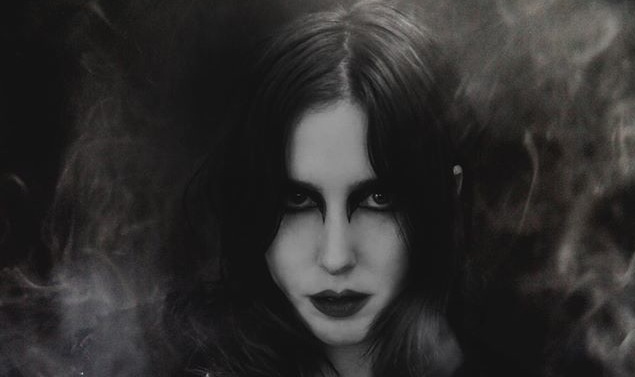 It is quite difficult to pinpoint Chelsea Wolfe’s music. Throughout her career, the sonic palette that she uses has been extraordinarily extensive. Examples of her unique perspective on music are evident in her numerous other works and collaborations, which span from destructive traditional black metal, with the sickening cover of “Spell of Destruction,” to rap, with her contribution in the White Horse project, offering vocals to Notorious B.I.G.‘s “Hypnotize.” Now if the latter does not prove her versatility, then I do not know what does.

Since the beginning of her career, Wolfe seems to be unstoppably active. From the release of Soundtrack VHS back in 2010, she has been putting out record after record almost each year. The Grime and The Glow along with Αποκάλυψις showed the realisation of Wolfe’s sonic vision. Both albums were great, featuring amazing songs with the trippy soundscapes and ethereal vocals stealing the show. However, it seemed as if Wolfe was being a bit rigid with her compositions back then. Even though the elements of folk, doom and drone coexist very well within the albums, it seemed like something was missing.

Pain Is Beauty , released in 2013 came to remedy that. At that time, it felt like Wolfe was further expanding her vision. The music as a result became more experimental, the guitar work got even more intriguing and the inclusion of electronic influences felt like a breath of fresh air. The darkness still prevailed in Pain Is Beauty, and was even augmented when compared to Wolfe’s earlier works – something that is also apparent in Abyss, her newest album.

The ritualistic vibe is one of the key aspect of Abyss. Even though that was part of Wolfe’s previous works, it has really has blossomed in this record. The aura that most of the songs transmit has that heavy veil of ancient, ceremonial liturgy. The pace helps greatly with that, as does the heavy, distorted rhythm section, creating craters with each passing hit. From the hallucinogenic opening of “Carrion Flowers” to the calmer moments of “Iron Moon” and the upbeat parts of “Grey Days,” the album retains its towering approach. The synthetic percussion shows the affection of Wolfe for electronic offerings, something that becomes apparent in other moments of Abyss as well, as is the case with parts of “After The Fall.”

What ties in greatly with the ritual that Wolfe conducts is the dense background that accompanies it. The construction of the ambiance is key to achieve that result. The opening track manages to bind the darkness perfectly with its heavy atmosphere, and the unbelievable craftsmanship of “Grey Days” awakes a dreamlike aura. There are then some quite diverse moments, with the calmer and more surreal “Maw” and “Survive,” while “Simple Death” takes things to another level in terms of its elusive appearance and stunning beauty. The melancholy is overflowing, reaching new heights of darkness.

The way in which her vocals are placed with the music is something devilishly genius, and apart from granting us just great performances, Wolfe is also open to experimenting further with her voice, something that she also did in her previous albums. Switching from the ethereal vocals of “Colour of Blood” to the retro performance of “Dragged Out,” and from the big, imposing quality of “Grey Days” to the twisted, distorted offering of “Iron Moon,” she grants us some of her best vocal work.

It is really a winning combination in terms of how Wolfe not only structures her music, but how well she knows what different blends will bring the desired result. So as the ritualistic vibe and the dense ambiance construct an imposing, asphyxiating monument, her psychedelic tendencies top it all off. The ending of “Iron Moon” reveals the harsher side of Wolfe’s psychedelic nature perfectly, while the more old-school induced psychedelia really shines in “Maw.” But, Wolfe is also able to turn the hazy fumes of psychedelia to a more bitter offering, as she does in “Colour of Blood” and in a more destructive form in “After The Fall.” The lead work further contributes on this unearthly feeling, offering a plethora of otherworldly tones, for example in “Carrion Flowers” and “After The Fall,” while at times they even take a sinister outlook, as happens in “Dragged Out.”

Even though all the above are the basis of Wolfe’s music, there is still more beneath the surface. At heart there is a very strong folk vibe, no matter how experimental it might appear, after the heavy processing that the initial idea encountered. But there are moments when that origin comes to the surface in its darkest form. “Crazy Love” is such a moment, with Wolfe choosing a solitary setting, encompassing just her amazing voice and a guitar, to present the bare bones of her music. The song is magnificent, and it retains the grim vibe of the rest of the album, while it also acts as a nice change of pace for Abyss. “Survive” is the other song that flirts so closely with the dark folk mentality of Wolfe, even though it never completely embraces it. The song retains a menacing façade, which is finally broken into a majestic sonic assault. Of course, then there is the more straightforward part of Wolfe’s music, and that is her leaning towards doom metal. The heavy riffs are not absent in Abyss, and their outbreaks are almost cathartic when they occur. From the old-school doom induced “Iron Moon,” Wolfe shows that mindset, something that takes on an even heavier personification in “Dragged Out.” Even though a perfect outbreak does not seem to occur with riffs just pummelling down, the inclusion of this doomy aura really alters the tone of the album in parts, resulting in a very unique approach.

Abyss is a damned dark album. A listen to the final title track will be enough for anyone to understand that. The dim aura, with the piercing piano and violin give the finishing blow to a great record. It really shows that Chelsea Wolfe is still pushing, picking up from Pain Is Beauty, extending her unique view on dark experimental music, which shines (for lack of a better word) in Abyss. So consider yourself warned! And remember: “And when you gaze long into an Abyss the Abyss also gazes into you”