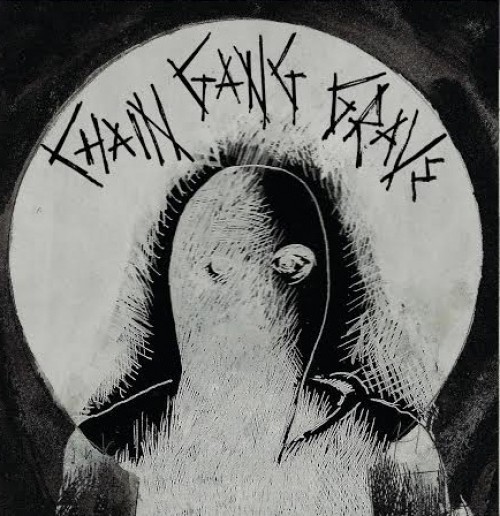 In the post-9/11 world in which we all live, there have been many bands that play aggressive or weird styles of music who have had their records used for the purpose of enhanced interrogation (the nice way of saying torture) on captured enemy combatants. Bands like Slayer and Skinny Puppy are among a list of many that have had their music used to ruin the days of suspected terrorists. If you ask me, I’d say that being forced to listen to either band would be awful, but still tolerable, even after hearing Reign In Blood 200,000,000,000,000,000,000 times. If the United States government really wants to leave mental and emotional scars on suspected terrorists by using music, they should be using the sweet melodies of New York’s Chain Gang Grave, and just for the sake of clarity I mean that in the best way possible. In January of 2014, CGG cursed the world with a six song EP titled When Your Friends Become Cops, a work of art that is not for those with weak ears. When Your Friends Become Cops is as noisy and loud as it is dark and weird and successfully encompasses a wide variety of sounds making it close to impossible to classify Chain Gang Grave as any particular genre.

This EP could please fans of Merzbow or Cult Ritual just as easily as it could please fans of Cold Cave and Flipper. The fact of the matter is that bands like this are hard to come by and this kind of sound is the equivalent to a movie where the bad guys win and hero goes down in flames. Its quite simple really, if you’re the kind of person that likes entertainment that plays by the rules, Chain Gang Grave isn’t for you.  Find out how tolerant of obscure music you really are and give their EP a thorough listen and keep some band aids handy, your ears may need them.