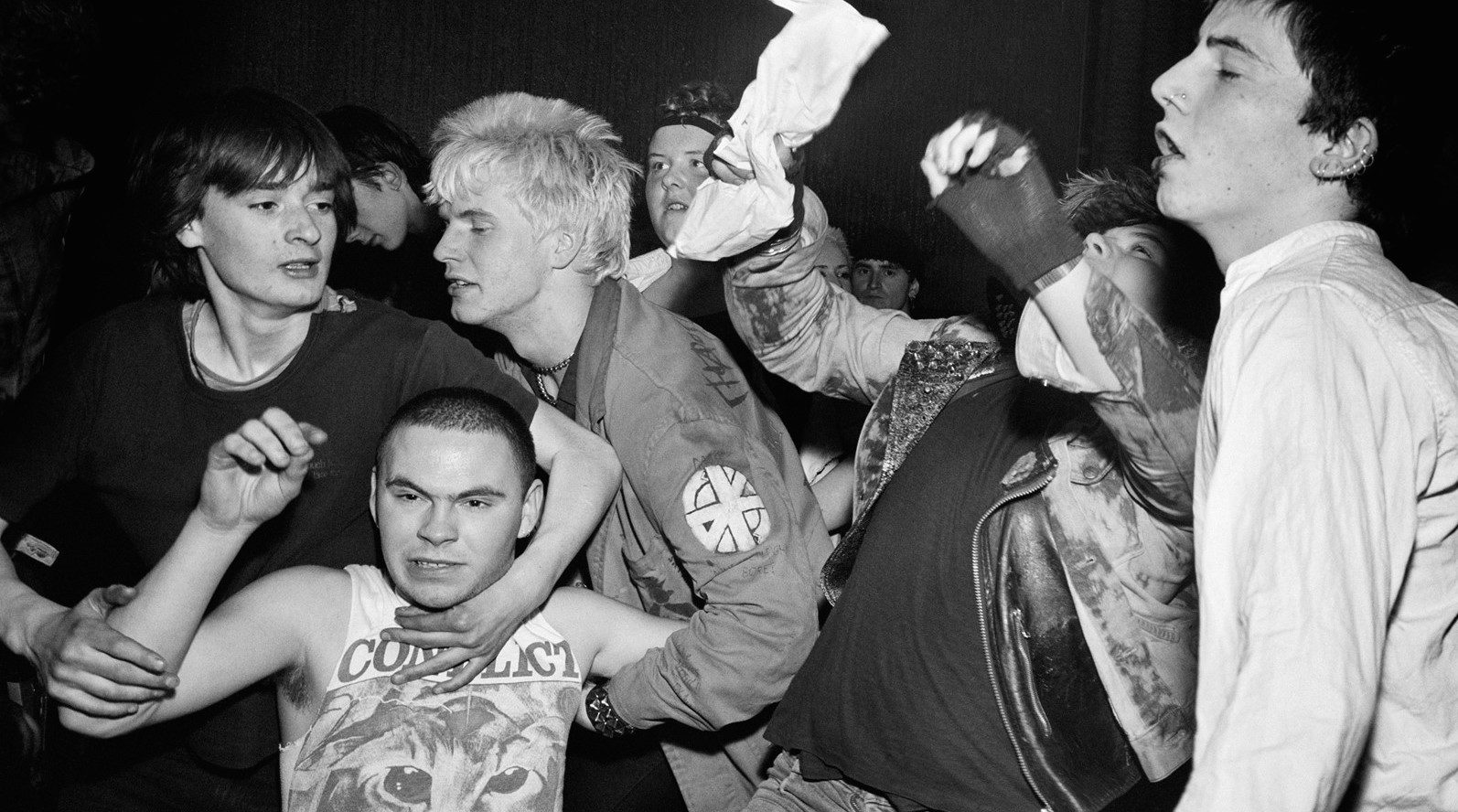 via I-D all photos by Chris Killip

There’s a sequence of photographs from Chris Killip’s new book The Station that feature a young blonde man with spiky hair, wearing an anarchist punk tank top and a chunky chain necklace locked together with a padlock. The series has been designed to look like a film strip, as if the photographs were all taken on the same night, but from the slight nuances of his hairstyle — more gel, a little crimping — Killip knows they were actually shot on three separate evenings at the legendary northern club in Gateshead, where he spent many a Saturday night in 1985.

“They would come in exactly the same outfit week after week,” the photographer explains. “It didn’t vary because they didn’t have the money to perfect another outfit.” This was Margaret Thatcher’s Britain, after all, and youth unemployment was at an all-time high. The northeast of England was deindustrializing rapidly and mining, shipbuilding and steelwork industries had put a freeze on hiring, leaving working class communities without jobs. Many of the local punks who partied at The Station were at the miners’ strikes during the day, battling truncheon-wielding policemen, recruited from the south, on the picket lines.

Between March and October 1985, Killip visited The Station almost 20 times. Armed with a large Linhoff flatbed plate camera, a big American Norman flash head and a jacket with pockets large enough to carry his 4×5 inch slides. Killip describes his look as that of a newspaper man from the 50s or “a poor man’s imitation of Weegee the Famous.” Yet no one seemed to bat an eyelid at his eccentric attire. “I think that my oddness and my seriousness about it was enough somehow,” he says.

The Station is published by Steidl.

Inside, everything was painted matte black from the floors to the ceiling and walls. There was almost no light except for the one directed at the stage, and the music of bands like Sleep Creature and the Vampires, Hellbastard, Blasphemy, Conflict and Toxic Waste blasting from the speakers made it almost impossible for Killip to see and focus. “It was a phenomenal venue,” he says. Although Killip would leave exhausted with his ears ringing as he lay in his bed, the wild energy and strong sense of community that the club fostered made The Station so much more interesting than the other nightclubs in Newcastle at the time.

One that to its devoted pilgrims meant even more: “People felt the place belonged to them, it was their space… a celebration of their identity as punks,” Killip says. “[It] had a terrific importance, which I didn’t understand at the time as much as I do now.”

The Station was run by the left-leaning and politically active Gateshead Musicians Collective, who received money from The Prince’s Trust with the help of a man named Patrick Conway at the local library. It’s aim was to support new talent by giving them a space to rehearse in, and bring bands from around the world to play in Britain. In May 1985, they hosted The Clash — who were, of course, the original punk rock pioneers — for an impromptu gig, a bootleg recording of which still exists today. Tickets cost between 50p and £1.50, but for those that couldn’t afford it, an enduring passion for punk music would get you in the door. Read full story HERE. 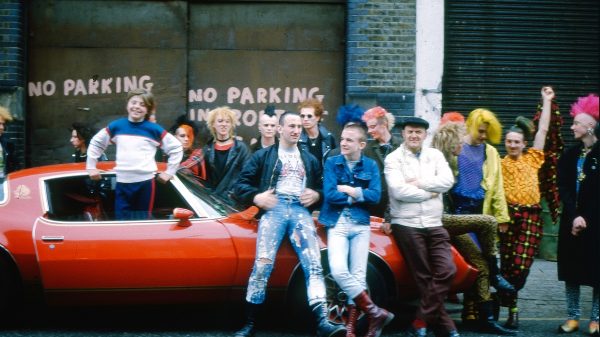 Is there life after youth? I don’t think you die when you age into adulthood, but you have to hold on to your youth!... 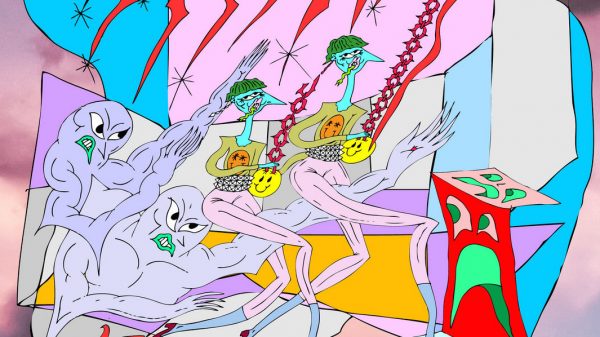 By now, you’re all probably exhausted by the constant devolving of the human race as we glide forward into global uncertainty. Without the release... 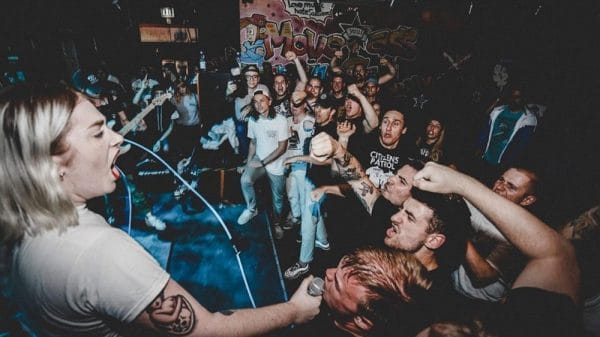 Tune into the new UKHC web Series by David Tan

I have never met David Tan in person but today we want to give him his roses! He is an important part of the...