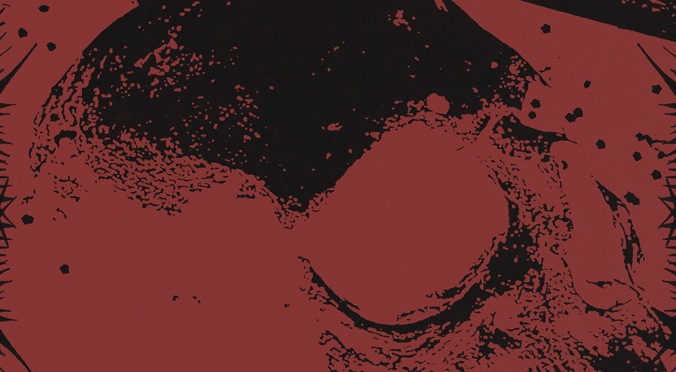 Ok. So, my first reaction to hearing this record was, “What the fuck? Whooo!” and there I went, doing the kissy face while I struggled to pummel my kit along with the music. The culprit – a band called Caveman Cult and their aforementioned destructo-holocausto-blitzkrieg-fucking-musical-murder-mayhem-release, Rituals of Savagery. Is Caveman Cult a supergroup? So do the bandmembers intend to create the most brutal music possible? You’ll laugh when I tell you that Suffoctaion’s Effigy of the Forgotten was once pegged The Guiness Book of World Records’ heaviest album ever. That distinction should now belong to Caveman Cult’s Rituals of Savagery. Al Necro swears by it. Most brutal band ever! Mortician will bow at Caveman Cult’s altar, folks. Everyone should. No hype. No label-fucking-pandering. Shit, I’ve been listening to this for hours and I’m insanely tired from drumming along.

No fucking genre tags please. They’re not war metal, bestial metal, death metal. They’re fucking crazy, and crazy is the way I like it. Crazy isn’t enough by the way. This is some catchy brutality sometimes. I’m spinning around in my room like I’ve taken too much lithium. You can listen to this music. It’s not just a blastbeat played to the tune of a tremolo-riff formulaic derivative drivel we have here. This could be special. Caveman Cult better have plans past 2015, coz I’m rooting for them all the way, brothers and sisters. We should expect greater things from this band. I doubt they’ll go softer and softer on us with each subsequent release, until they basically sound like Barry Manilow. So if you please, I would like to introduce my favorite album all year: Not that they needed another intro from me. I still did it, because believe it or not friends of the Cvlt, Caveman Cult is the Cvlt that Cvlt Nation stands up for. I’m only too happy to pass this info along with you all so Caveman Cvlt releases more music to help puree concrete. Al Necro approved.

Don’t tell me how to write my reviews, buster. You want to see just how much I love this EP? Check this out and become the next savage to take on another army of marauding insects in the sewers. I poured some termite killer into a drain and boy, watch the cockroaches and crazy critters come panicking out like their nervous systems were yanked out of their filthy mouths. It was the most disgusting thing ever! Cockroaches the size of golf balls. Fat ones too!

No highlight tracks here. Five tracks of sacrilegious slaughter. But do check out “Skullcrushed and Sodomized” on for size. Primitive fucking metal the way you won’t want to ruin with genre tags – war, bestial, death metal? Fuck it!