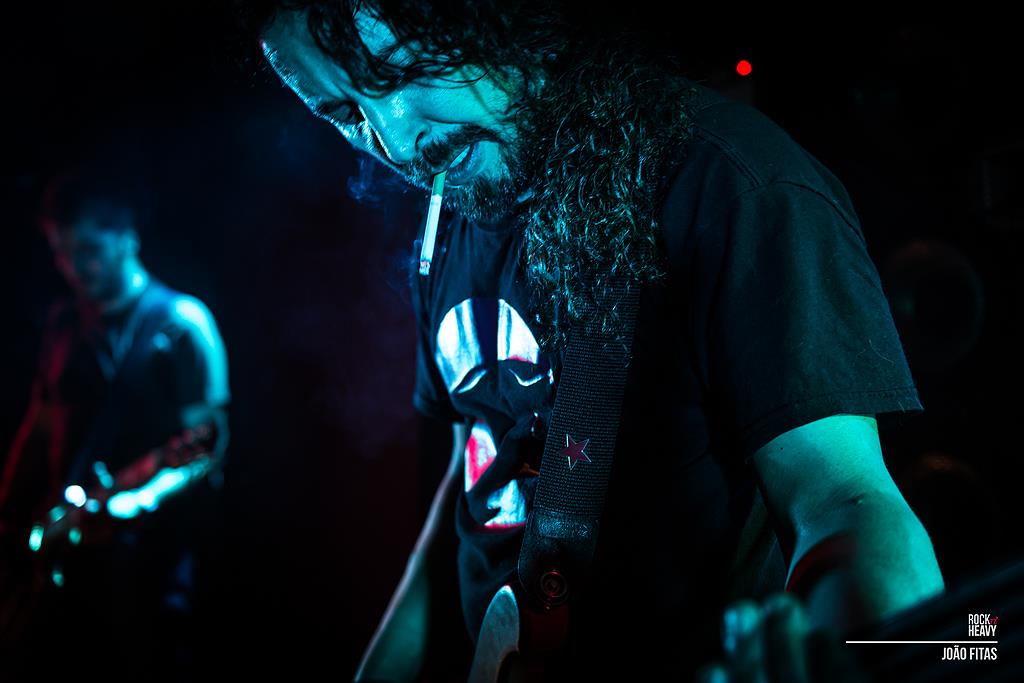 I always wanted to write this: Fuck Post-Rock. After rock, there’s nothing worth listening to. It’s either rock or it isn’t. And Post-rock is rock, even if it doesn’t follow the same rules. At least when it began, because now, there’s a post-rock band under every other rock (pun intended). We can safely say that the genre is pretty worn out and most bands just sound lazy and uninspired and are probably instrumental because they’re sick of singers shenanigans.

So what makes Catacombe different?
I always like to divide bands by feeling: no matter how virtuous they may be, it’s all about sounding heartfelt and sincere. That’s why I rather listen to Força Macabra than U2. It doesn’t mean Catacombe don’t know how to rock their stuff, because they hit the nail right on the goddamn head. It does mean that their shit comes straight from the gut, and they don’t limit themselves to the typical quiet-loud dynamics, or those uninspired Explosions In The Sky/Mogwai or Neurosis/Isis rip-offs.

Their songs are definitely emotional and do have that larger than life feeling and summon landscapes as you’d expect on the genre, but instead of hanging around on the comfort zone, they also drift to a more primal region of music. There’s some screaming and some angelical girl singing to keep things interesting and it’s not easy to tell where the songs are going next. Also, the fact that these guys are from the north of Portugal seems to leave a mark on their sound, since there’s an almost ethereal sense of Lusitanismo, kind of like Moonspell communicate but in a totally different manner.

Even though there’s clearly a narrative throughout the whole of “Scintilla”, no two songs sound alike and when we get to the end of the record, there’s a definitive feeling of closure, instead of one of repetition. No wonder “Scintilla” was produced by James Plotkin, a guy that has played with Scorn and Khanate and remixed stuff like Isis, Pelican or Earth.
“Scintilla” was a collaboration between 7 different labels: Regulator Records, Narshardaa Records, Dingleberry records, Raging planet, Init Records, Ikaros Records and Araki Records and all of the artwork and the record itself make for a perfect complement of the sound, one of dark haunting storytelling.