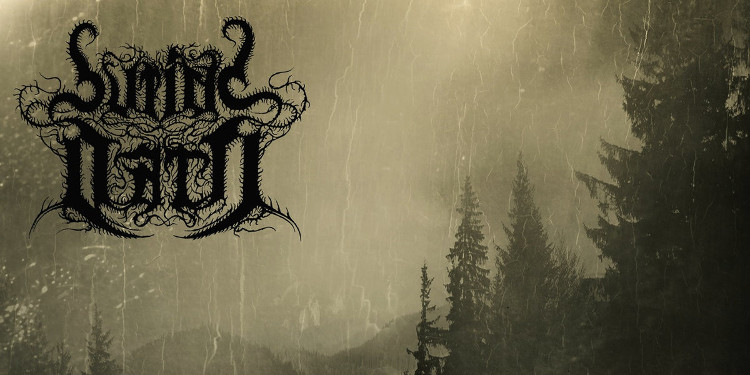 The comrades Vendetta never cease to amaze. This glorious german label is fearless in its output both in quantity (an amazing amount of releases this year), both in quality – and you will be again able to verify this second fact by checking out this new Burial Oath album they just released – yet another staggering chapter in the endless string of amazing Vendetta releases.

Showcasing a vaguely seductive black and roll aesthetic, Ohio-based black metal horde Burial Oath have worked with Vendetta to bring us one of the most compelling and thought-provoking black metal albums of the year. Beyond the Vale of Shadowlands is their debut album released last June and it is an enigmatic listen to say the least. The folk-tinged intro “The Ritual” kicks things off on a deeply moving note soon giving way to the epic “appalachian”-like gallop of “A Graven Wintertide”. You would be lead to think that cascadian-like nature-worship is the defining trait of the record from its first moments, but you’d stumble upon an easily rushed conclusion. “Coffin Nails” soon proves that Burial Oath walk the line of ambiguity with their music and take the listener in many different places with their music. With this track we’re set up against a vile and threatening black and roll hellride, where the band lets their “punk” roots roam free reaching break-neck intensity in the vein of Carpathian Forrest or Whiskey Ritual. “Sol Av Svart” is yet another sharp turn the band takes to confuse and kick the listener around, taking its sound and style with this track in the realm of “punisher” black metal, and reaching the grim and unforgiving rawness of bands like Craft and Watain…

“Transcendent Void” and “Deathymn” carry forth in this seemly unstoppable hell-bent roller coaster ride though the various realms of Scandinavian black metal opening up for a more melodic and groove driven approach to black metal which reminded me of early Shining or Taake, and their sweet and sleek riffs shrouded in melody and a keen sense oaf catchiness bring forth one of the most direct and irresistible moments of the record. Announced by a ritualistic and earthy acoustic guitar passage – “Beyond the Vale of shadowlands” appears to be the only true “cascadian” moment in the album as the band gives in to a doomy and desolate alloy of  more “magmatic” black metal that swells like a deluge materializing a sense of vastness and desolation and of mediative introspection. Here I heard echoes of Skagos and Velnias, as Burial Oath indulge in a very eerie and folk-tinged moment of true nature-worshipping majesty within this track. The closing track – “A Womb of Cosmic Bane” is again a classically grim and immediately recognizable ode to classic Scandinavian black metal with its putrid mid tempos, inconsolable atmospheres, and furious execution seething with bitterness. All in all Beyond the Vale of Shadowlands is a classically triumphant black metal album that speaks to the listener in the many of the most iconic tongues of black metal, taking the listener on an unforgettable ride through the many manifestations and most glorified moments of the genre –  appearing in the end as something tremendously evocative and devastatingly iconic and proud. Remaining copies (vinyl and CDs) can be grabbed through  Vendetta here.