The Brvtalist is proud to present the new release from Houston-based industrial outfit Spit Mask. Out now on Glasgow’s Clan Destine Records, Swallow is a punishing amalgamation of Zoth Ommog, early 80’s punk, power electronics and dark, dungeon fetishism. While just being active since 2015, Spit Mask has quickly plowed through the scene’s mediocrity with an aggressive style and oozing sexuality that is both raw and hypnotic.

Swallow is a six-track cassette release that is the perfect summation of duo’s core. “Permission” opens things up with infectious, rolling percussion that bleeds in to vocalist Bryan Jackson’s perfectly distorted screams. One of my favorite tracks is “Blacksheet” (brvtal B.D.S.M. reference). which nicely showcases Rachel Jackson’s prowess on electronics and you can really pick up the elements that make up the band. “Hard Commands” is the first track offered from the release which utilizes a great vocal sample and drives us with its catchy, cruel energy. “Push of Speech” closes things out with a slowed down pace and seductive, almost Dark Wave feel with Rachel bringing us to the bitter end.

The whole EP is a stellar example of evil industrial and electronic music that also maintains an energetic, club-ready feel. After being sucked in by the release, we knew we wanted to get in touch with the band to find out more. The duo took some time out for a short Q&A and you can find our conversation below.

The Brvtalist: Talk about the inception of Spit Mask and each of your artistic backgrounds.

Spit Mask (Rachel Jackson): Spit Mask was formed in Houston, TX in early 2015.  It consists of Bryan Jackson on vocals and myself on electronics/vocals. Spit Mask is my first band, but I have a musical background in piano and music theory. Bryan’s been in many projects from punk to hardcore to noise rock, but the most notable would be My Luck, Black Congress, and The Jonbenet.  In January of 2015 my husband got sober. He encouraged the idea of us playing together for years, and I thought the timing was finally right. Starting a new project has been a healthy and productive vice for him – keeping himself preoccupied, busy, and fulfilled.

TB: I love that you guys are an industrial band but with elements of punk, power electronics and infuse fetish concepts as well. What are some of your influences from music, art, film, culture, etc?

SM: I think the punk feel comes from Bryan’s punk band(s) background which is then met with my love and passion for Industrial music. I’d say we draw inspiration from Sleep Chamber, Women of Sodom, Leæther Strip, seeing the Robert Mapplethorpe exhibit at the Getty in LA, our times spent at Pandora’s Box in NY and La Delour Esquise in LA, Doris Kloster, John Sutcliffe’s fashion design, and the art of sex.

TB: Talk about the idea or concept behind Swallow. What did you want to do with this record and how does it build on previous material?

SM: When writing Swallow, we really wanted to push the boundaries of comfort and pack each song with aggression, while staying pretty true to what we define straight forward 80s industrial music to be. Our previous material was definitely industrial, but we were still developing and dabbling more into the noise side of the genre. Our songs weren’t as fast and energetic and I think we really found our niche with this EP. Even though each song may feel intense or even vicious, they’re really all just love songs in our own way. Each song plays a part in defining who we both are now as a unit and how we came to be that unit. TB: What’s next for the band?

SM: We took a few months off to write and practice our new material but are now back to playing shows. Our next show is Nite School in Austin, TX at Cheer Up Charlie’s on August 11th with JT Whitfield (Chondritic Sound,) Amulets, and Private Service. We have a few more shows in the works, including a Halloween show in New Orleans.

We would like to thank Spit Mask for taking the time to speak with us and to Clan Destine Records for releasing such a great piece of industrial music. We instantly became fans of the duo and look forward to seeing them live in addition to hearing more material. Swallow is shipping now and you can pick up your copy on Clan Destine’s Bandcamp. For more information, also visit Facebook and Soundcloud. 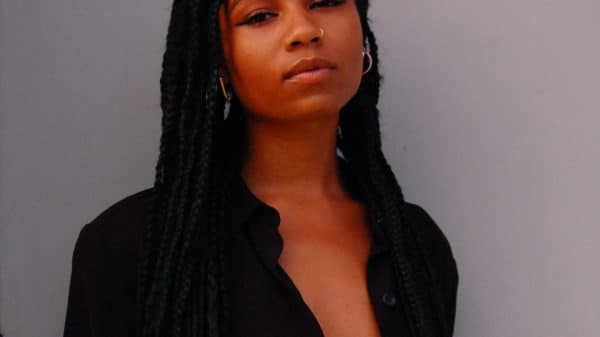 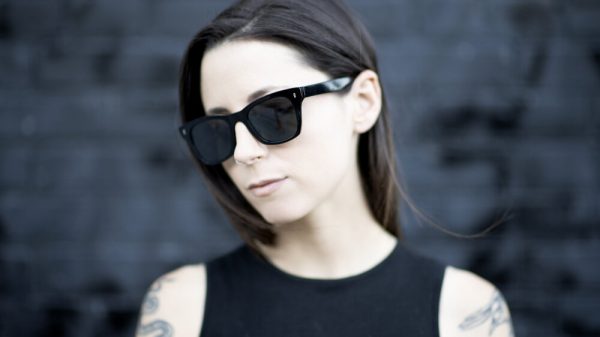 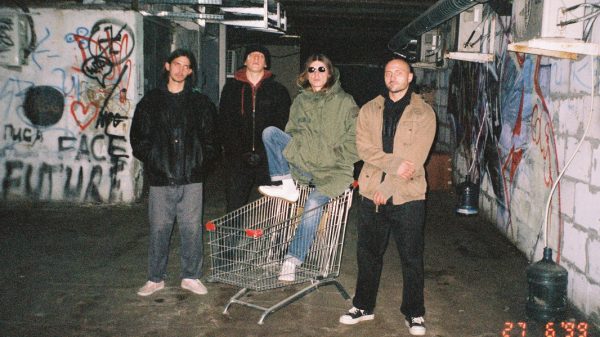 Thank you Jeremy from The Brvtalist Beyond The Filth! Q&A plus a mix from Moscow’s NO SEX.  Emerging from beneath a frigid Moscow comes the blistering... 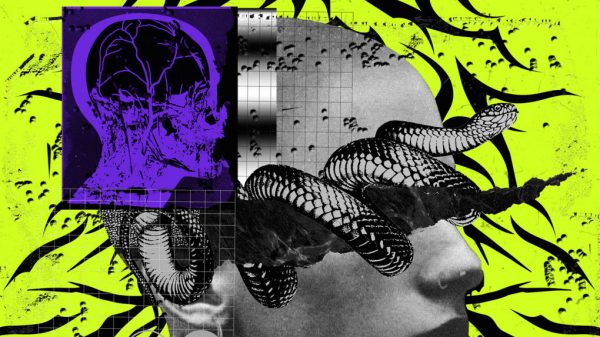 Text via THE BRVTALIST We are proud to present the Nerve Turmoil (Aahan Remix). This massive work comes off madwoman’s Psychedelic Force, which is...