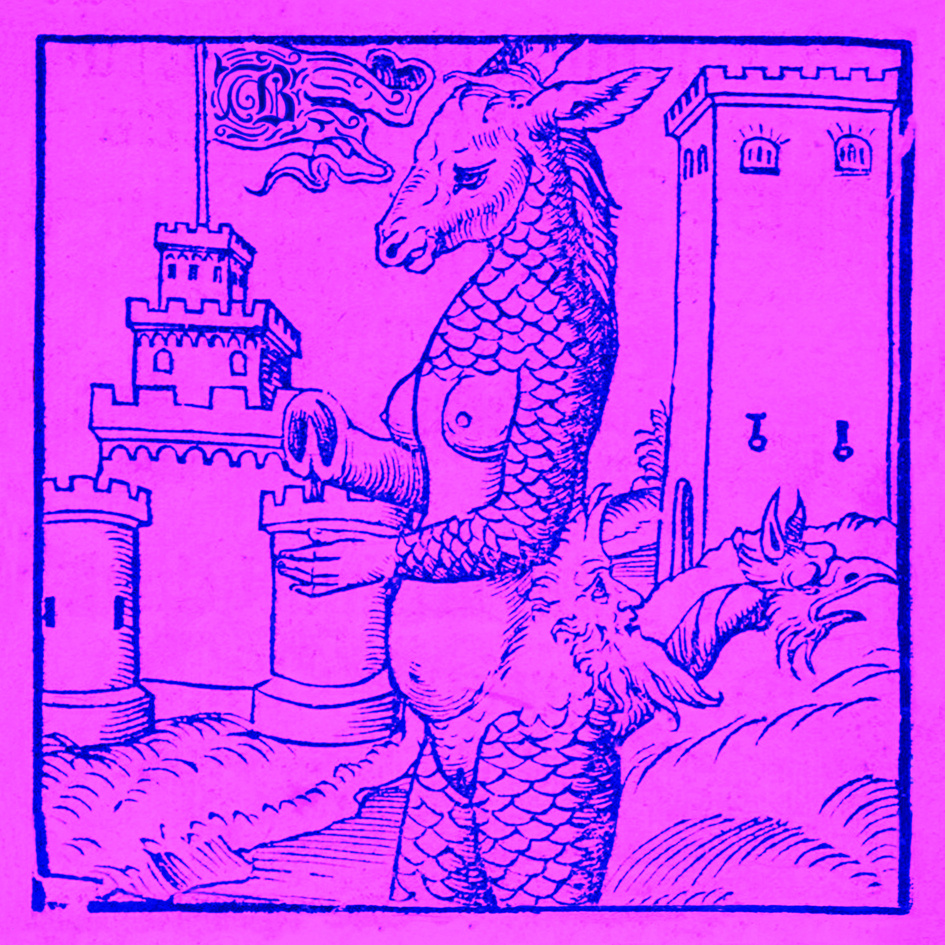 Brume were brought into existence when guitarist Jamie McCathie left the UK to join Sussie McMullan (bass/vocals), with the goal being the creation of heavy doom music. That event took place in the beginning of 2014, and it really seems like this band is working fast. Since then, they were joined by drummer Jordan Perkins-Lewis, finalising the Brume line-up and readying to unleash their debut album. The recording process occurred in the end of 2014, with Brume heading into Sharkbite Studios – where other heavy acts such as High On Fire, Acid King and Sleep have recorded material – to bring Donkey into light.

The band has a strong leaning towards the more hazy and hallucinogenic side of doom. The opening track reveals as much as it appears through the doom/stoner haze, with the weight of the track rooted to old-school doom metal and its intoxicating vibe found in its stoner counterpart. This hybrid state is also apparent in “Even If Love,” unleashing a contagious groove. That part of their sound brings them quite close to acts such as Windhand, with the weight of the guitars, the fuzzier tonality and the vocal delivery reminiscent of this great act from Virginia. But despite their doom/stoner tendencies, there are a number of occasions on Donkey where the band stands more solidly on the heavier side of the doom domain. The riffs of “Win” do not feature the same haziness that was found in the aforementioned tracks, with their purpose being to constantly pummel you down with their sheer weight. On the more energetic side of doom is “Help Me,” another track that has something of Windhand embedded in its DNA, with the heavy groove especially stealing the show.

It comes down, though, to the structure that Brume follows with their tracks. There isn’t much variation in this album, although that doesn’t work as a disadvantage for the band. On the contrary, the different cycles that the opening track goes through make for an imposing offering when combined with the weight that they are able to produce. The addition of some changes, and especially the clean part and the ferocious attack near the end, help in including the necessary switches without overdoing it. The modus operandi is similar with “Win” in terms of the relentless approach that the band follows, something that is also present in the more energetic and in your face “Help Me.” The guitar leads and solos also manage to compliment Brume’s  remorseless quality. The stand-out is found on “Even If Love,” since it takes on a more schizoid and dissonant tone, becoming in the process more of a face-melter.

However, Brume still understand more about how to structure their tracks than just throwing in the heavy riffs and letting them do the dirty work. The band is able to place their tracks within different sonic domains, with the more prevalent one being the ritualistic dimension that they invoke on Donkey. The opening song awakens this quality, aided by the slow pace and a great vocal delivery. It is especially the vocals that achieve this result, taking on an ethereal quality and done a bit lower in the mix, fitting perfectly in this case. The doom/stoner vibe is still present in “Even If Love,” but that does not mean that the ceremonial aura is gone; on the contrary, there is a very strong ritual atmosphere on the track. And then there are also moments in “Help Me” that allow the liturgical essence to be brought forth, and even further enhance it into a mutation of itself, with the addition of a few stonerized lead parts. In particular, the final part of the track stands out as Brume allow themselves to indulge in their slowest form, leading to a torturous ceremony of doom. But from that heavily-veiled, fumey aspect of Donkey a few alterations are allowed to arise. “Shadows,” for instance, verges on a dreamlike state, caused by the combination of ethereal vocal lines and clean guitar parts. On “Win,” also, the border between the bitter ritual and the ethereal dream-state is blurred, leading into a great, confusing sonic discordance between these two worlds. And then there is also some psychedelia that creeps into the band’s sonic visions. The opening track features such a moment, especially in its kick-off, with bass notes having something from the more psychedelic side of doom. On the other hand, the “Mother Earth” lets a bit of that trippy quality creep into the song, in the form of a short overture, with the drums and vocals sounding huge within that sonic solitude.

Considering that this is a debut album, Donkey is fucking impressive. The band is very serious about what they are doing, and their concept of doom is very well thought out. From the stoner tendencies, to their ritualistic and psychedelic state, Donkey is a great promise for what can come next.

In this article:brume, donkey, doom, Stoner