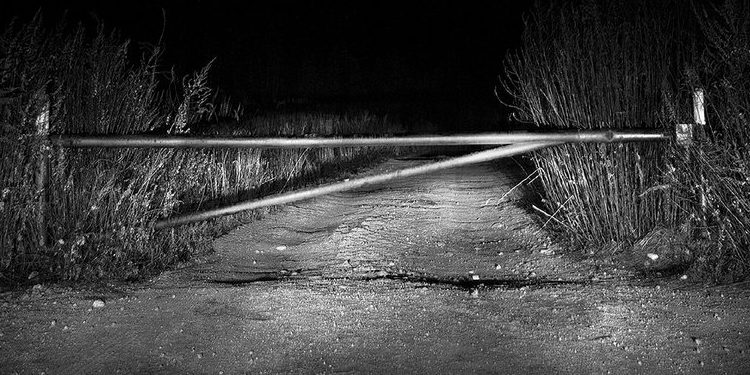 The Body is one of those bands that’s due all the credit they’re given, with even that praise turning up short of what’s deserved. Where bands will continue churning out releases with nary a note unchanged from their signature sound, bands like The Body throw their name into any genre they see fit. This practice can be alienating to any casual, sure, but why are you listening to The Body if not to be exposed to ever-shifting nihilistic vistas? These hellish landscapes are rarely inviting or easy on the ears, but we somehow always find gratitude for the personal journeys their work forces upon us.

The lack of definition Lee Buford and Chip King have imbued their name with has moved them from a simple sludge and doom band into a shapeless experiment, with the duo outfitting their sorrow with grindcore, noise and black metal. Their two-each collaborations with Thou and Full of Hell were home runs, with each band trading and mixing barbs to concoct towering nightmares of megaton sludge or needled walls of static. On the other hand, their albums with Krieg and Vampillia, while compelling in the scale of their menace, found The Body all too often straining against the confines of their usual borderless creativity, namely on xoroAHbin. It’s experimentation that doesn’t always work in totality, but there are the occasional stabs at genius that strike crimson gold.

Enter I Have Fought Against It, But I Can’t Any Longer, a ten song nosedive into an abyss The Body hasn’t drowned us in since I Shall Die Here. Stripped bare to be refitted with the bleakest gunmetal trappings found in electronic music and hip hop, this album is as exhausting as its title suggests, meaning and length considered. To that end, this newest collection beats the bittersweet aggro pop out of No One Deserves Happiness within an inch of its life, dumps it into a bathtub of tepid water then leaves it to bleed out through slashed wrists. As the link between that album and I Shall Die Here’s hushed apocalypse, I Have Fought Against It… has the tonal quality of being the latter’s draining aftermath. This is a work of emotional masochism, a sonic emptiness that ignores any hint of reluctance in its demand for self-sacrifice. The Body’s catalog has never shied from graphic darkness, but on I Have Fought Against It… they eat, sleep, fuck and ultimately kill in it.

“Nothing Stirs” is at once haunting club track and vicious pop, with the presence of Lingua Ignota’s Kristin Hayter hearkening the song back to the sonorous grit offered by the Assembly of Light Choir on All the Waters of the Earth Turn to Blood and Christs, Redeemers. It is not only the album’s finest track, but among the best The Body has ever produced. Hayter and Chrissy Wolpert (of Assembly of Light fame) at once offer elegance amid the album’s quiet, spinier expanses, balanced by their added savagery to its already intense moments. “An Urn” is one such song, where Buford and King upgrade their two-man calamity with a cybernetic makeover, while Hayter’s envenomed hiss wars with the digitized cacophony.

The Body’s ability to play nice with near any style is a gift that any heavy project could dream of. To wit, their existence goes beyond the horrendous wail and death rattle chorus combo that King and Buford are known for, as they continue to evolve with friends at hand and blackened creative juices flowing. I Have Fought Against It, But I Can’t Any Longer is their most measured output in years, doling its existential venom with biting vulnerability, setting the tone for whatever untamed wilds this duo next decide to brave. In this article:Chip King, I Have Fought Against It But I Can't Any Longer, Lee Buford, the body