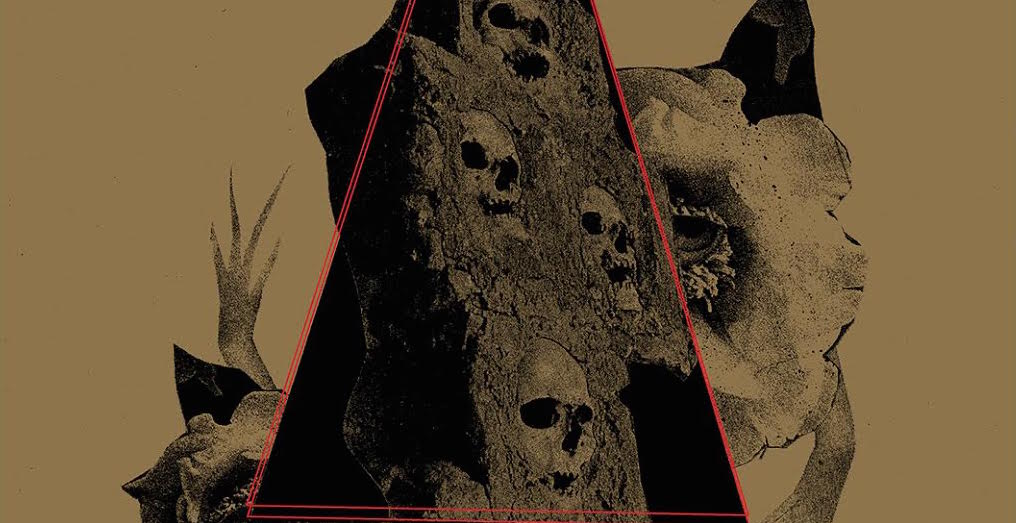 The post-metal aura has been and still is dominant in the extreme music scene. Originating from the ’90s, with the term being used to describe many forward-thinking bands, from Neurosis, Godflesh and Tool to Isis and the rise of Hydrahead Records. Bloodiest is an act that encompasses the history of post-metal in their music, moulding the different aspects of the genre within one coherent release. A look at the roster of the band is enough to understand why they are so successful at it, with members including Yakuza vocalist Bruce Lamont and original Russian Circles bass player, Colin DeKuiper. Given also the fact that Sanford Parker was in charge of the production of their self-titled album, the pedigree of Bloodiest feels complete.

The manner in which “Mesmerize” opens the album is quite reminiscent to the works of Tool in terms of the structure and the bass sound, with that mechanical, avant approach leading into big sounding moments and spacious soundscapes. “Separation,” on the other hand, takes on a minimalistic approach, with solitary guitars kicking things off. However, there are also moments when an aggressive outbreak is undertaken in order to maximize the impact, as is the case with “Suffer,” featuring elements familiar from the early works of Mastodon and the more direct side of The Ocean.

Even though the elements in Bloodiest’s music are not necessarily new, the manner in which the band is able to expand on them is intriguing. “The Widow” sees the band injecting a doom metal vibe in their post-metal structure, with the pace adding a certain finality to the track, while the addition of ethereal effects creates a contrast to the heavier music, reaching an absolutely brutal peak in the final minute of the track. “He Is Disease” also follows a similar pattern with the doom weight present, but the structure of the track leaning more towards the post-metal domain, with a blackened twist. There are even times when a rockier side of Bloodiest races to the surface, with the distorted guitars in “Broken Teeth,” the chugging parts and catchy chorus of “He Is Disease” and the solid rocking vibe of “Separation” highlighting that side of the band. The progression that Bloodiest follows in their music has a fair deal of circling movements. The opening track follows similar patterns, as if an infinite maze is built around the structure of the song. “He Is Disease” also follows the same monotonous approach, although it features a very vivid breakdown part and some groovier riffs. But that does not mean that the progression of the tracks in this album is simple. It is anything but that, as a listen to “Mesmerize” with the addition of leads and solos, and the rhythm patterns of “Broken Teeth” would suggest. For example, “The Widow” adds a few more twists and turns into the main concept of Bloodiest. In a more extreme manner, “Broken Teeth” slowly unfolds, starting off with some rocking riffs and transforming into a monster of sorts, as the big vocals join in. There are times when that aspect is stretched even more into extremity, with the inclusion of effects.

In the quieter parts of “Broken Teeth,” the presence of effects is just insane, giving more depth to the track and enriching the variety of the track, even adding noise and creating havoc, completely annihilating the soundscapes with noise and effects becoming more brutal and heavy as distortion is being applied to them. The outlook of the band in “He Is Disease” becomes unbalanced with the effects, and once again with distortion applied over them, crafting a heavy, fuzzy veil of noise over the elements of the track, especially the vocals in this instance sound brilliant. However, the addition of effects is not only used with a destructive end in mind. “Separation” sees a more minimalistic approach arising, with the cool delay effects panning left and right on the speakers. The dynamics of the track are great, with Bloodiest orchestrating it with great feeling and precision. The atmospheric aspect of Bloodiest is prevalent in this work, spread through all the tracks, but it is actually some of the short interludes that make for the most striking, trance-inducing ambiances. The acoustic guitar in “Condition” might have a simple structure, but the feeling that it is able to transmit becomes an integral part of the album. “Mind Overlap,” on the other hand, might be taking an ambient approach, but it relies on electronic elements in order to construct its atmosphere, while the inclusion of a sample in the background adds greatly to the scenery.

The sophomore album of Bloodiest is rich in all aspects. The history that is contained within the record is extensive, while the band’s ability to change the feeling throughout this album is uncanny. The melancholic outlook of “The Widow,” the underlying twisted quality of “Broken Teeth,” the anguish of “He Is Disease,” the chaos of “Suffer” and the ritualistic vibe of “Separation” are just some of the moods that appear in this work. All this combined with the orchestrations of the band, their heavy riffs, big ambiances and their experimental outlook, and you can’t ask for much more.

Advertisement. Scroll to continue reading.
In this article:BLOODIEST, Post-metal, relapse