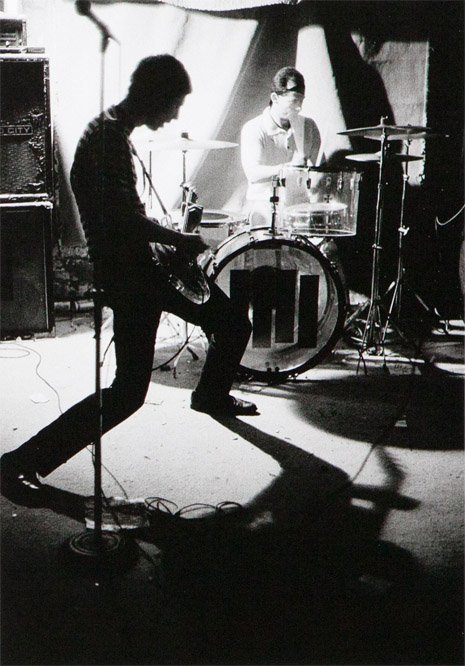 If I had to pick one Los Angeles label that influenced me the most during the 80’s, I would have to pick SST Records. The bands on this label were always gigging around town – you would never know where one of the SST bands would perform. I have so many fond memories of seeing Black Flag, SWA, Descendents and Meat Puppets perform, and they always put a smile on my face. The man behind the boards when it came to recording these bands was a dude named SPOT! He kept a low profile, but it seems he was more than just a recording engineer, he was also a photographer! He has a new book out called Sounds of Two Eyes Opening. This photo book spans the skate/surf era of the 60’s and also covers the 80’s hardcore scene. Check out some of his radical flicks below, plus read a little bit about what inspired him to create this project!

Spanning the late 1960s through the early 1980s, Sounds of Two Eyes Opening offers an amazing portrait of Southern California coastal life: surfing, bikinis, roller skating and skate boarding’s fledgling days are set in contrast to iconic shots of all the key denizens of hardcore punk rock as it is being invented; candid shots of Black Flag, The Germs, Minutemen abut those of everyday punks, fans, cops, clubs and now-shuttered rehearsal spaces.