1990. A friend gave me a bunch of dubbed cassettes as part of my introduction to punk rock. One cassette had no band name written on it. Simply four black bars. Putting that cassette on was the second of four times in my life where I remember exactly where I was and what was happening when I heard an artist for the first time. The music sounded like a band at war with itself. The vocals and banter were a level of caustic nihilism my teenage mind had never imagined.

“This song is about killing yourself to live. It’s called Annihilate This Week.”

“I hate to want. You make me want to hurt you.”

“I want to be the bullet that goes ripping through your skull.”

Fandom. I acquired every album. Every EP. Get In The Van. Enter Naomi. Bootlegs. Every sound the band has created and all of the information published about the band. Four Black Flag tattoos.

Disappointment. Attending the 2002 reunion show. Hearing the band’s first recorded output in over 25 years. Listening to Keith Morris interject his whiny, geriatric hippy bullshit in the middle rap of My War.

Fuck Flag. Fuck the reunion, too.

My friend Pete and I discussed it at length and on more than one occasion. To paraphrase him, “I get that they have bills to pay, but they’re making us all watch.”

Along with Dwight D. Eisenhower, Greg Ginn and Chuck Dukowski changed everything for independent bands. You know that network of promoters you or your booking agent contact when your band goes on tour? Thank Black Flag. The independent labels that release your music and the music you buy? Thank Black Flag.

DIY meant Do It Yourself at one point. The overused and misused term once represented bands that actually released their own music. Booked their own tours. Wrenched on their vans. Built their lofts. And most certainly were not peddling their asses out for patronage in return for adding extra names to their liner notes or special performances or writing personalized songs. Black Flag may not have been the first but they certainly set a new standard for that kind of ethic and lifestyle that has ultimately been reduced to a vague, banal and meaningless catchall phrase for “independent” or “underground,” or a hashtag in our current Brave New World.

Photos of the Band!

Music should be personal. Great music is personal. Great music will frequently challenge the listener. Great music resonates with the listener. It speaks for itself. For nine years, Black Flag created some of the greatest music ever played or recorded. They fundamentally changed what music meant and what being in a band could mean. They fundamentally defined and redefined what being an independent band meant. Emphasis on the word independent. Black Flag mattered and continues to matter. Not in the current victory-lap-memory-lane-pay-the-bills versions that are propped up like corpses on display as a warning against improper behavior.

Advertisement. Scroll to continue reading.
In this article:black flag, indian, will lindsay 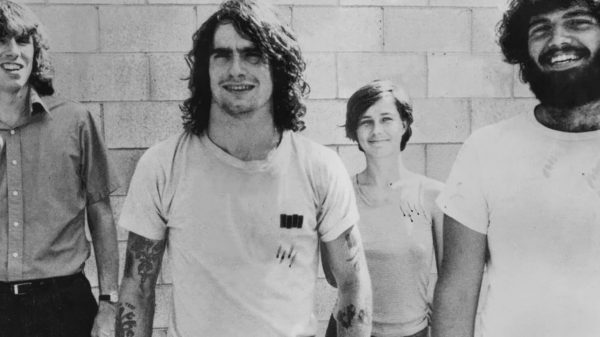