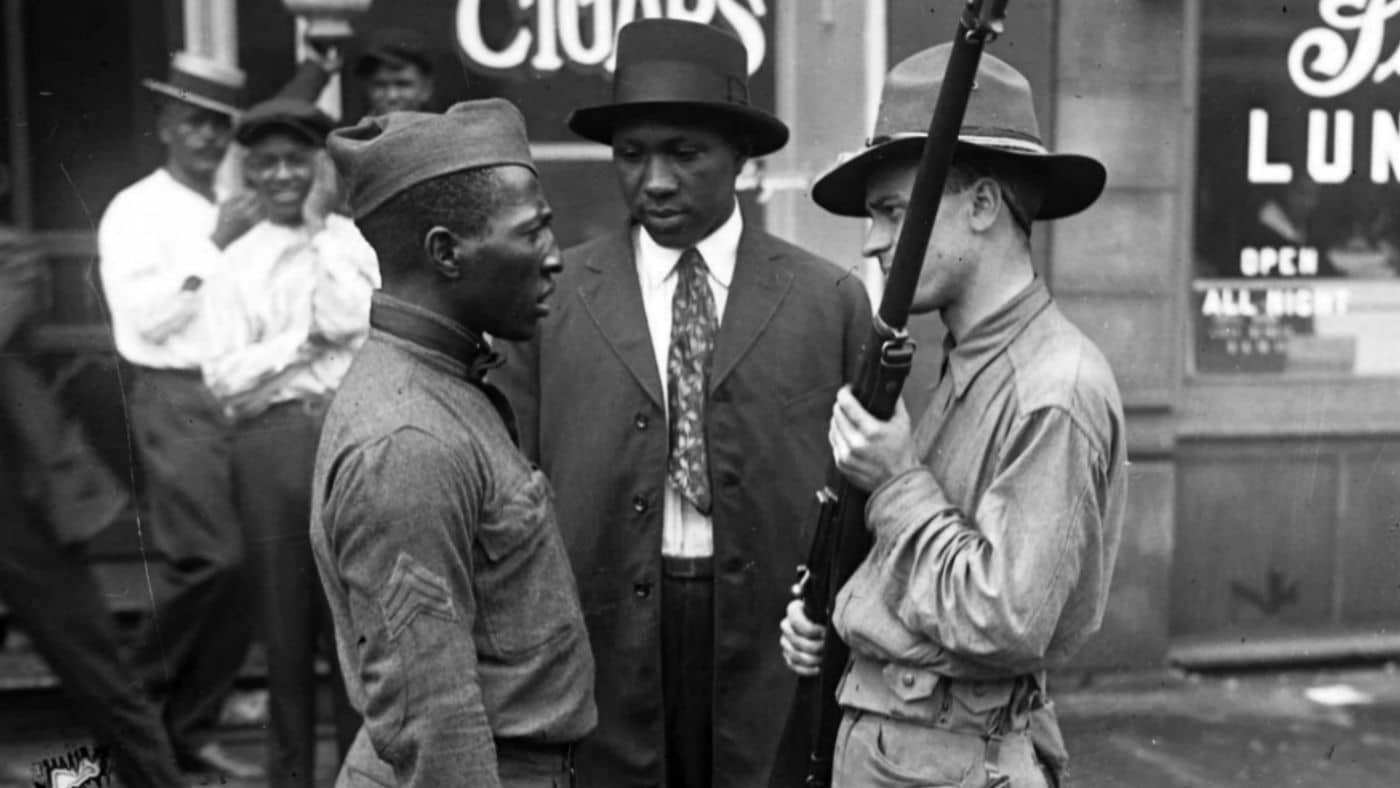 I was born a rebel and I have always fought against the oppression of my people! Right now, Black and Brown people are fighting harder than ever against the police brutality and systemic racism that we have been facing for centuries. The violence against Black bodies started when the first Europeans landed in Africa, and it didn’t end with the so-called abolishment of slavery on December 18, 1865. While chattel slavery may have been abolished, share cropping and Jim Crow took its place; and White America found many other ways of keeping Black people from living in happiness and safety. Black Americans fought for the U.S. in world wars, but that didn’t make a difference to their social status when they set foot back on the American soil that was sewn with the bodies of their family. Case in point – check out this short film about the Elaine Massacre: The bloodiest racial conflict in U.S. history.

Despite its impact, little about the carnage in Elaine was unique during the summer of 1919. It was part of a period of vicious reprisals against African-American veterans returning home from World War I. Many whites believed that these veterans (including Robert Hill, who co-founded PFHUA) posed a threat as they claimed greater recognition for their rights at home. Even though they served in large numbers, black soldiers “realized over the course of the war and in the immediate aftermath that their achievement and their success actually provoked more rage and more vitriol than if they had utterly failed,” says Adriane Lentz-Smith, associate professor of history at Duke University and author of Freedom Struggles: African Americans and World War I.

In this article:elaine massacre, Featured, jim crow, Racism, us government