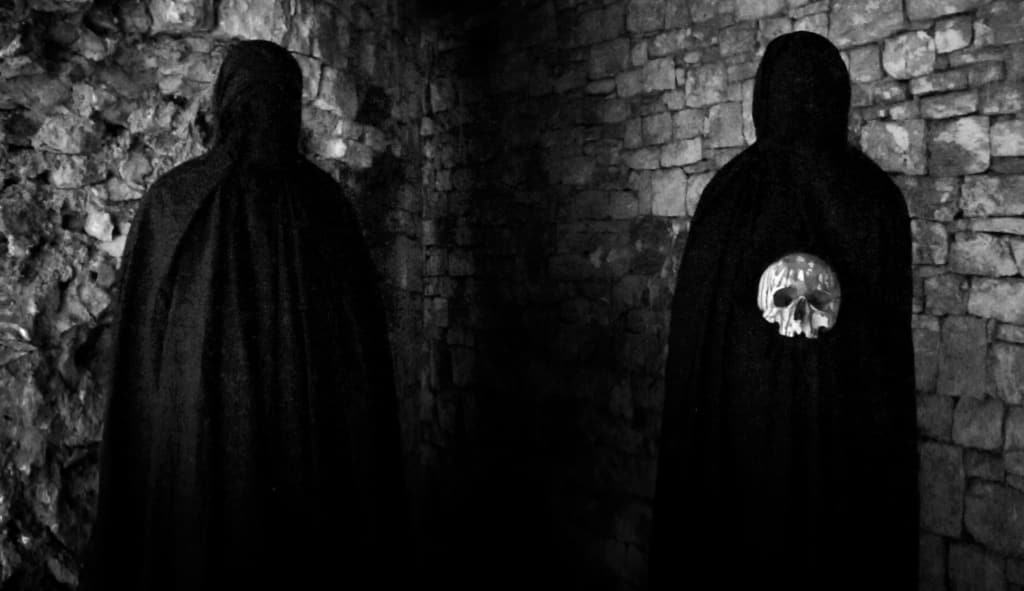 Greek black metal…. this time enshrined in a downtuned, bulldozing onslaught of gruesome warped death metal. Could it get any better than this? Well, this is exactly what Athens’ ANTICREATION have in store for you on their debut album “From the Dust of Embers”, exclusively premiering here today in full and officially releasing tomorrow July 8 2022 on Nuclear Winter Records for Europe and via Sentient Ruin for the Americas. Blast your senses into oblivion here:

“From the Dust of Embers” evokes a wide plethora of sensations and moods. It oscillates dangerously between the gruesome and dark death metal attack of bands like Immolation or of their Greek death metal colleagues Dead Congregation, and the dissonant grandiose transcendental black metal of bands like Aversio Humanitatis or Misþyrming. Echoes of Portal and Abyssal also reverberate out, as a miasma of dissonant abstractions emanates from these nine suffocating tracks like an overbearing flow of molten magma, inducing awe, hallucinations, and complete reverence to a dominion of impenetrable darkness.

Interestingly, the key to Anticreation’s monstrous vision remains traditionalism. The band is not trying to de-contextualize extreme metal into experimentalism or an avant-garde loss of identity. They are actually trying to enhance its most celebrated traits, and reinvigorate it to make it even scarier and future-shaping than ever. It’s impossible not to enjoy all the subtle historic cues and nuances of death metal as we all love and know it in these tracks while being captivated by observing how the band has given the genre a modern twist and a character that sounds and feels fresh and captivating as they smother it in dissonance and entomb it into a monstrous abyss of ritualistic horrors and dark ambient hallucinations.