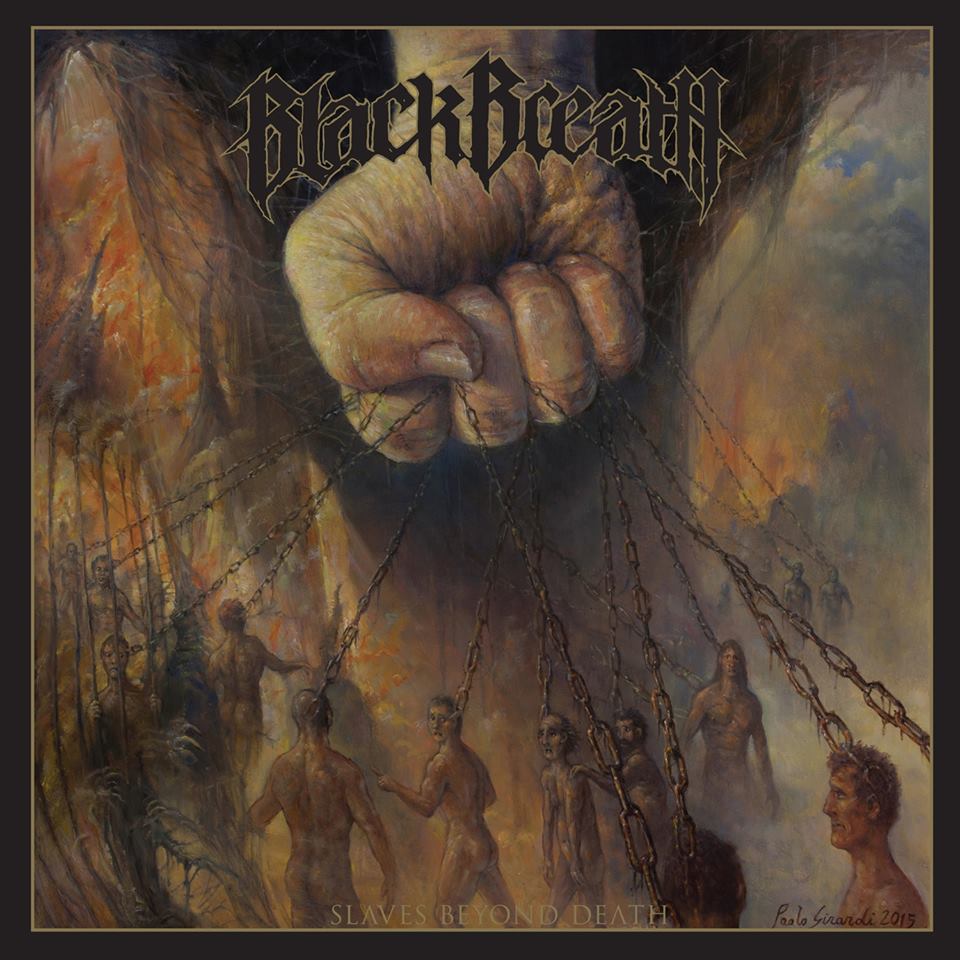 Behold, Black Breath have returned and are poised to unleash their third full length, entitled Slaves Beyond Death, which will exhumed from the grave for all you abhorrent animals on September 25th. Released by the ever consistent Southern Lord, Black Breath’s newest declaration of disgust for humanity finds them continuing down the same dark corridor as before. Buzz-saw guitars, snarling vocals and mid-tempo drums that crush their way over your friends and family. However, to say that this album is just a re-treading of previous material would be a fatal error on my part. Their newest album showcases more focus and attention to detail in terms of content and what’s being delivered when compared to their back catalog. Slaves Beyond Death is, above all else, a further maturing of this band’s overall texture and delivery. A style that has been linked to and influenced by such classic acts such as Entombed and Dismember – two names that are a sincere compliment when being used to describe this Seattle five-piece’s sound. So without further ado, let’s tear into this like a pack of frenzied, flesh-hungry ghouls, pull back the ligaments and tissue of this mouth-watering piece of Death Metal and see what’s at the core of Black Breath’s newest release. While the first two songs on this album, “Pleasure Pain, Disease” and “Slaves Beyond Death,” are both top-notched solid offerings – particularly the fucking gargantuan opening and mid-section on “Pleasure…” – the album itself really starts to exhale it’s fetid, necrotic breath on the third track, “Reaping Flesh.” It’s at this point in the album where I really, really got into it and started to fully realize just how vile and nasty this beast was going to be. With a blast of Death Metal-infused dynamite, Black Breath blow the doors wide open with this one. Some of you might cock an eyebrow at this, but one comparison, at least in my eyes, and the difference is definitely there. The bar was set for the album on the first two songs, but “Reaping Flesh” takes that and in a not so eloquent way informs you of where you can shove that bar. It’s a vicious fucking track that cuts through your skin straight to the bone and never stops until they break through and hit the marrow of your soul, with a strong nod to Black Metal that quickly shifts and turns into catchy as fuck Ebola-styled Death Metal. With a centered main riff that keeps coming back like a unhinged stalker, “Reaping Flesh” cemented the fact that this was not going to just be a few great songs, but a great fucking album.

“Seed of Cain,” the fourth track on here, opens with a haunting guitar melody that screams a sense of nostalgia in the face of a Tech-Death obsessed sub-culture. This song in particular reeks of Harpo’s Bar in Detroit, a notorious shit-hole venue/metal sanctuary that is apparently still limping along. Dirty bathrooms accompanied by the constant smell of urine, blood on the dance floor and bartenders that would serve under-age customers. To compare this song to such a definitive memory, at least for me, is a well deserved pat on the back for Slaves Beyond Death. Even the chorus, where singer Neil McAdams chants the song title, had me imagining an army of sweaty, greasy haired Metal Heads adorned in their various, unreadable band logo t-shirts, pumping their fists into they air as they screamed along with him.

To say that this album has a vivid, classic Death Metal feel to it would be an understatement. While I’ve followed this band since their inception, Slaves Beyond Death had me wistfully yearning for the yesteryears of Metal; secretly watching Headbangers Ball as a young kid, trying to wrap my head around what I was seeing and hearing. Not to say this is album sounds out-dated or juvenile. In fact, it’s the exact opposite in some respects. Thanks to the production, which was handled by the man who some might call a living god, Kurt Ballou, Black Breath’s latest filthy opus sounds shockingly modern and rightfully pissed off. There isn’t one riff or solo, one section of drums or vocals that sounds lame, generic or out of place. Everything is sutured together perfectly, as best exemplified by the juggernaut track “Arc of Violence.” Even the guitar solo which leads into a pummeling end in this song is sure to make even the most battle-tested barbarian grimace in hopelessness that they’ll ever craft something so punishing and destructive. Unlike a number of other projects around these days, Black Breath aren’t looking to fuck your world up with technical showmanship. Don’t get me wrong here – there’re plenty of insane solos and guitar riffs that hook into you like a Cenobite’s chain and double bass work to ensure that you’ll be brain-dead from the battery unleashed. What really sets this band apart from the pack is that they know the right spot to unleash their talent and when to pull back. Much like metal fore-fathers AC/DC, the key to this album (and band) is in it’s timing – letting the song actually breathe a little bit and not over-working any instrument or segment of the song unless it absolutely calls for it. Black Breath know exactly what each songs needs in terms of delivery and sound, and it shines through on every track. They never show off and use a degree of restraint throughout the album’s duration, with the end result being that each song is as catchy and memorable as the next one.  This is exemplified best by the track “A Place of Insane Cruelty,” where Black Breath really slow things down when compared to the rest of the album, with massive war-drums and a southern-Doom influenced guitar sound that invokes a feeling of wading through a sea of shit, the noxious odors filling up your nose as you try and contain the bile from exploding forth from your mouth. Unexpectedly, Black Breath break away for a brief moment in this song and twist into a mid-tempo –dare I say it – Soilent Green, with perhaps a hint of Dime Bag Darrel-sounding riffs that level entire city blocks before settling back down into a dementia-induced ending.

As the summer slowly gives way into fall,  Slaves Beyond Death serves as a perfect transition album into this upcoming season of decay. Even with their Hardcore-Death Metal influenced sound, Black Breath seemed to have honed in on what their sonic vision is and really produced an album that sums up their entire existence, thus far. It’s a step-up from their previous releases and that says something, considering how highly touted this band’s small catalog has become over the last ten years. Slaves Beyond Death is an album created for both those pining for the good old days and the newer generation of thrashers who might have missed out. They could have unloaded a full clip in a spray of bullets in regards to their talent with their respective instruments on this entire album, but instead choose to squeeze the trigger for deliberate head-shots, and it works perfectly.  To be able to craft songs like this, straddling the line between old school and new school, takes a certain perverse genius and patience. Slaves Beyond Death has something for just about everyone that enjoys extreme music. With solid nods to classic Thrash, Hardcore/Crust and Death Metal, Black Breath have summoned forth a wickedly diabolical release that will most assuredly be snapping some necks as a result of its arrival. So dust off your worn leather jackets or grimy, patch-filled battle vests, grab a twelve pack and prepare to destroy some brain cells while bending a knee to your new masters, Black Breath. In this article:black breath, slaves beyond death

Our Place of Worship Is Silence is one of the break out bands for us this year over here at CVLT Nation, because their... 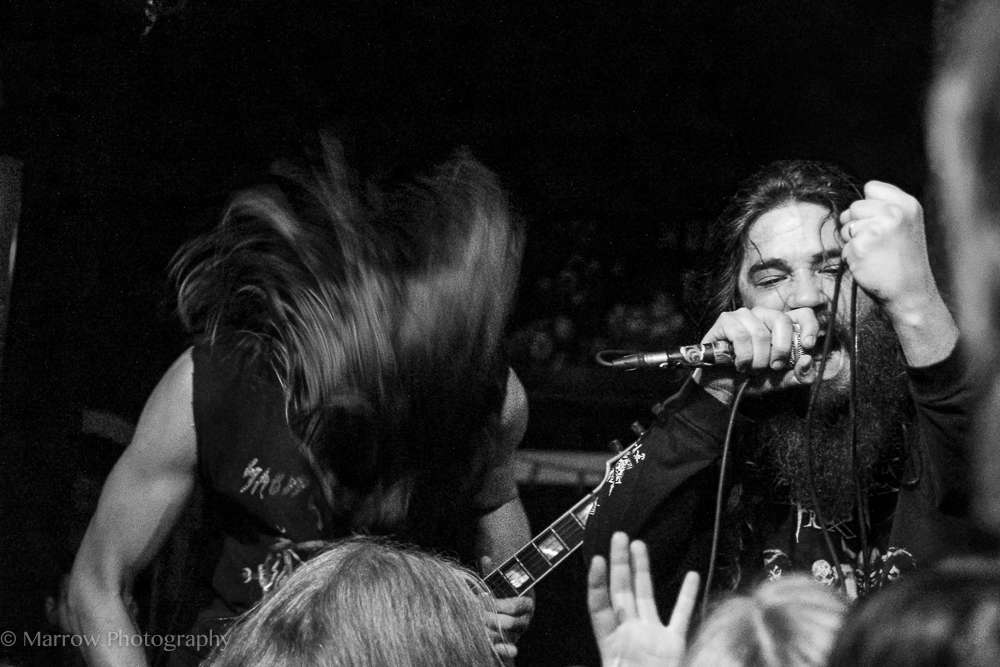 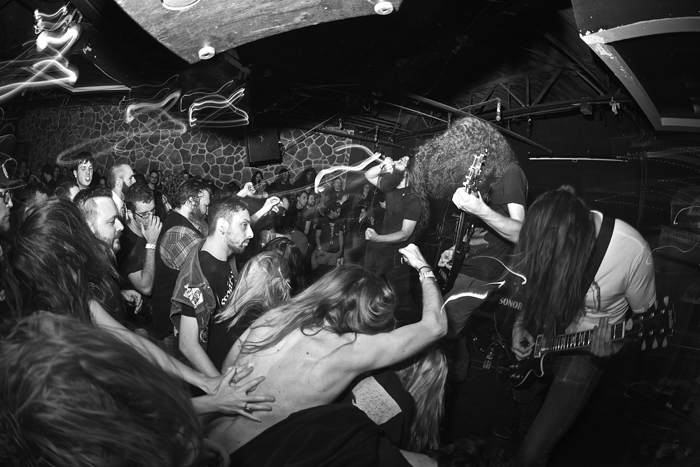