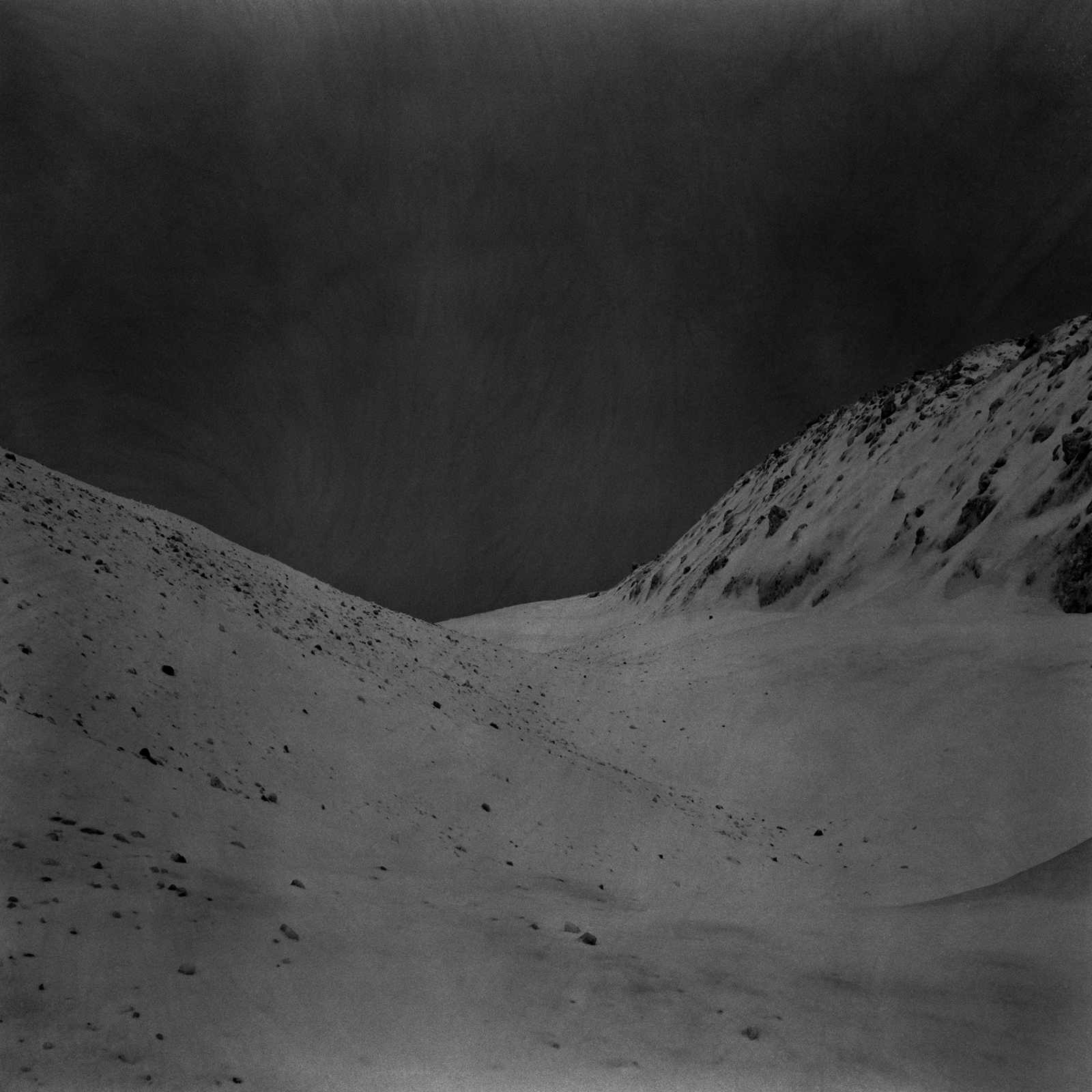 The Montreal scene is very well established at the present moment. With the triumphant return of Godspeed You! Black Emperor back in 2010 and the constant presence of Thee Silver Mt. Zion, along with Constellation records and the Hotel2Tango recording studio, the scene seems to be vibrant and on a great path. One of the recent additions to this brilliant setting is Big | Brave. Even though the band is not “brand new,” they did release their debut album, Feral Verdure, about a year ago, and Big | Brave is embracing their heritage slightly more this time around. For their sophomore album, Au De La, the band recorded the album with Efrim Menuck (of GY!BE) at Hotel2Tango and they also feature Jessica Moss (of Thee Silver Mt. Zion) as a guest performer in this record.

With their slightly unconventional setup – including two guitars, drums and vocals – the band goes forth and builds up on what they accomplished with Feral Verdure. The intensity and exploratory outlook are prevalent in the band’s concept, along with the slight minimalist interludes, the drone aspect and the construction of imposing soundscapes.

Through the intensity and the setup of the band, the first aspect that really grabs you is the inverted rock structure that Big | Brave are able to construct so well. The rock tonality you might expect, but that is twisted into an inverted form, making the result much more unpredictable and toxic. With “On The By And By And Theron,” that concept comes into view, with its utterly bizarre structure and that start-stop motif. Even though the tempo is quite slow, the song retains an almost playful vibe, which, through repetition, dissolves into more primal, expressive and angrier moments. “Look At How The World Has Made A Change” finds a more unstable side of the band, even though the part might begin with a cleaner and less in-your-face approach. The song gains momentum through its rhythmic patterns and slowly builds up into monstrous parts, with the soundscapes exploding, as the effects take flight over the solid basis of the song. The unconventional feast carries on in “do.no.harm.do.no.wrong.” with the guitars digging up a fair amount of dirt, and a few lead parts adding the necessary variation, as well as some dissonance.

The vocal performance is the other impressive aspect of Big | Brave, and especially their combination with the crazed rock moments of the band. The vocals are existing in a strange harmony with the soundscapes of the opening track, while the dual vocals in “Look At How The World Has Made A Change” create a richer sonic texture amidst the drone sounds. One of the strongest performances of the album comes with “And As The Waters Go,” starting off as melodic and traveling all the way to incoherent screams. On top of the already volatile nature of the song, which crosses the lines from drone to hybrid rock, they fit perfectly, giving more drive to the music and reaching its destructive peak. But there is also another dimension to the music of Big | Brave, and that is their drone approach. The first occurrence of this aspect of the band appears in “Look At How The World Has Made A Change,” with the band subtly constructing a heavy ambiance, which combines with the vocals to give a more melancholic quality to the part. The feedback on the background is staying put, while the abstract rhythmic patterns creep into the main structure of the track, initiating a build up which finally comes as the soundscapes constantly transform in an abstract manner, retreating to minimalism and rising anew from it. “And As The Waters Go” feature an even more desolate scenery, with solitary guitar strums echoing through. The resurfacing of the drone quality is complete with the addition of the vocal lines, which soon enough become the focal point of the track, as the second guitar joins in applying noise over the main themes of the song.

However, the most complete arrival of the drone side of the band comes with the album’s final track, “(re)Collection Part II.” The strong ambiance and the violin, which soon makes an appearance, are stealing the show from the background. The band narrates a story through the key patterns that are unfolded, while the vocal performance greatly aids in this narration with its dreamlike approach, on top of heavy beats and expanding soundscapes. The contrast is great, and is making the track more interesting as distortion and fuzzier drones are soon introduced. Single notes are escaping from the vortex, as a heavy veil of noise is laid out. The vocals are giving a cathartic performance this time around, while the more abstract structures of Big | Brave are revisiting the rock tonality of the band, making the final offering of Au De La one of its stronger instances.

With Au De La, Big | Brave are in a state of equilibrium between their rock visions and drone forms. Switching from rock tones to abstract patterns and then to drone themes, always alongside the construction of a towering ambiance, they are able to bring forth a great album of heavy music.