As a longtime Old Man Gloom fan, I was pretty much resigned to the fact that I’d never see them live. Knowing shows were rare, and often outside of my Rocky Mountain sphere, I never set my heart on it. Hope was even further diminished after moving to Europe and missing their west coast tour.

When I heard the news that they would be touring Europe for the first time, I knew I couldn’t miss it. Luckily for me, they had a stop in Vienna – only a three hour train ride from where I currently live. On the day of the show, I had to orchestrate an immensely tight schedule of playing hooky from work, snagging a doctor’s note, and catching a train that’d get me there with minutes to spare.

Running from the train to the venue, I made it just in time to catch Circles’ high energy, very entertaining set. Admittedly, I was too distracted by anticipation to fully enjoy it.

Considering the amount of ambient noise seamlessly integrated into OMG’s recordings, I’ve always been curious how it would all translate to a live show. Short answer: the periphery graciously takes a backseat to their colossal wall of raw instrumental material, all while keeping the flow and momentum of a complete album. The order of the set was masterfully selected to be delivered in such a manner. They kicked off the show with “Gift.” Why not? It is surely a song fit to be the opening theme to the Earth’s formation. What followed was a well-rounded digest of their entire catalog in slight favor of Seminar ll (you won’t hear me complaining).

As to be expected from this collective of incredibly well-versed musicians, I was in complete tonal suspension for the next 45+ minutes. Next level wizardry is required to generate such big sound in a venue of such an intimate scale. As a designer/illustrator constantly on the brink of procrastination, Old Man Gloom have been my soundtrack to countless late nights, helping me forge through fatigue and tight deadlines. Closing with “Bells Dark Above Our Heads” and an impromptu noise session with Circles was a great cap on the night, leaving me with my ears ringing, as well as a greater appreciation for their craft. Since seeing them live, the context of Old Man Gloom’s music has been elevated and become a more effective weapon in pushing me through life’s prosaic battles. 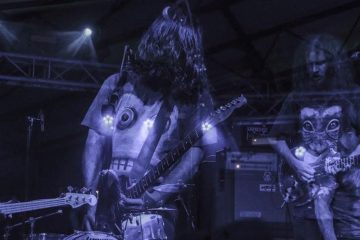 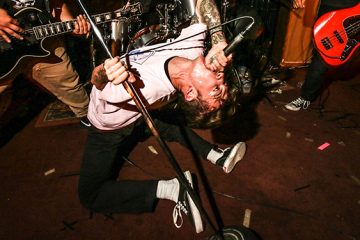 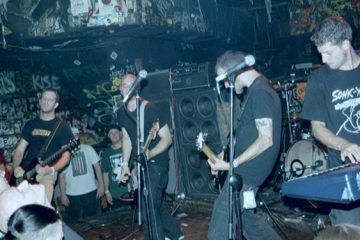