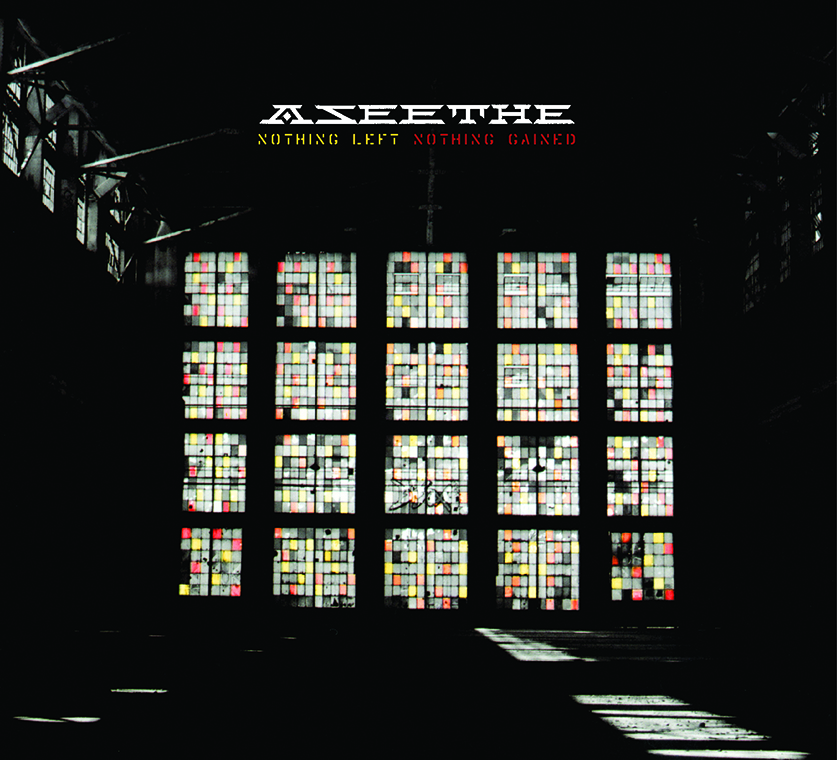 This band just slipped me by, and it was not until the release of Aseethe’s newest EP, Nothing Left, Nothing Gained that I found out about them. This drone/doom powerhouse has been going for a while, starting off their career by releasing splits with other obscure acts, such as Shores of the Tundra, Mauul and Ghaust. In 2011, they released their first full-length, Reverent Burden, a towering album of drone/doom goodness, and then their previous EP, Red Horizon. The funny thing about Nothing Left, Nothing Gained is that the band pretty much shelved it for more than a year. It was not until a recent recording session that they decided to revisit the two songs of this EP, add some additional elements to it and send it out to torch the world.

What has to be clear here is that Nothing Left, Nothing Gained is a torturous record – but this is drone/doom anyway. The groove that the band uses is minimal and the tempo is slow, almost glacial. What comes in quite strongly from the beginning of the opening song, “Into The Mire,” is its unyielding ambiance. Amidst an ocean of feedback, Aseethe start to build their songs, adding strange elements to their background. The strange sounds in the background at the start of “Into The Mire” are an example of their ambiance augmentation. Some other cool sounding effects that they use are a siren-like drone near the end of the opening song, and the high-pitched shrieking effect in the closing moments of “Curtains Close.” These additions severely enhance the experience of listening to this album, creating sudden drops out of reality. On top of all that, of course, Aseethe unleash drone riffs, slow and tremendous and always quaking at the foundations of their music. The feedback is constantly present, and everything revolves around it, while the abstract strums in parts of “Curtains Close” alongside the hovering drones transfer you to some post-apocalyptic scenario. Sometimes, Aseethe will even travel far enough into the doom metal realm, allowing for more straightforward riffs to enter their mindset. Halfway in “Into The Mire” something of that nature occurs, but it is more twisted and sickening than you would expect from any straightforward doom metal act. And then they hit with an almost black metal-esque lead midway through “Curtains Close,” making you wonder as to what else you might find within Nothing Left, Nothing Gained.

Still, what remains constant and always present is the repetitive nature that these two songs take. Aseethe make it a point that you will not reach the end of this EP without losing part of your sanity. Considering that they are able to pull that off with a twenty-five minute EP, it makes you wonder what they can do with a full-length. The patterns of “Into The Mire” are relentless, slowly grinding on your brain until it is turned to pulp. The blistering abyss of their music only comes to a stand when the unearthly voices come in to signal the impending doom. When the vocals are in, the songs gain more substance and become more palpable, almost showing a humane face, no matter how grotesque that might be. Especially the repeating lines of ”Curtains Close” keep pushing you over the edge.

Nothing Left, Nothing Gained might not be something that you have not heard before in terms of originality. But it actually is a fucking good drone/doom album, filled with the despair and destruction of the genre. The atmosphere is just right, the riffs are heavy and the vocals are hellish.

In this article:Aseethe, doom, drone, drone doom, nothing left nothing gained