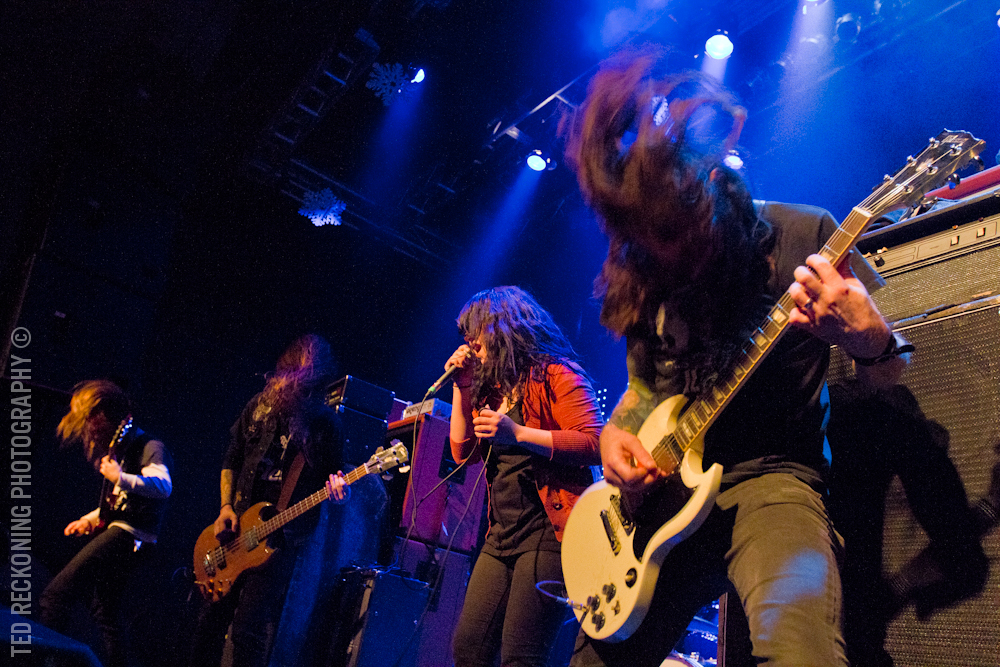 Hey all, Stoked to play with you guys.

If you only had one amp to play though for the rest of your life, what would it be?

I love my Ampeg SVT, but it’s been broken for 4 years and I just haven’t had the money or motivation to fix it. Also, my back.

What are your thoughts on the latest Ghost record and are y’all fans?

I don’t think any of us have heard it. I’m not a fan but I don’t dislike them. I saw a pretty cool video of them doing a Roky Erickson cover.

Did Burzum influence the album art work at all? I really dig the picture, where was it taken?

I doubt it. As a whole, we’re a little put off by the whole NS black metal scene. The artist responsible for the cover photo (www.kristmort.com) is from Austria or Switzerland, so I imagine the shed exists somewhere around there. What bands were you all in before Windhand?

I still play in Cough, Ryan was in Face Down in Shit and Attitude Problem, Dorthia does solo stuff, Asechiah doesn’t want to talk about it and I think this is Garrett’s first real band.

What about in the United States?

The Highline in Seattle, The Bottletree in Birmingham, Alabama and the Cobra Lounge in Chicago all deserve praise for treating the bands like real people. Are you staying somewhere in Austin with a pool? Because we might wanna jump ship if you are.

I don’t even know if we’re staying somewhere with a floor. We might be camping by the river if that counts?

Drink whisky? If so we should get some after the show.

I’m mostly a cheap beer guy but I’m sure we can find a few interested members.