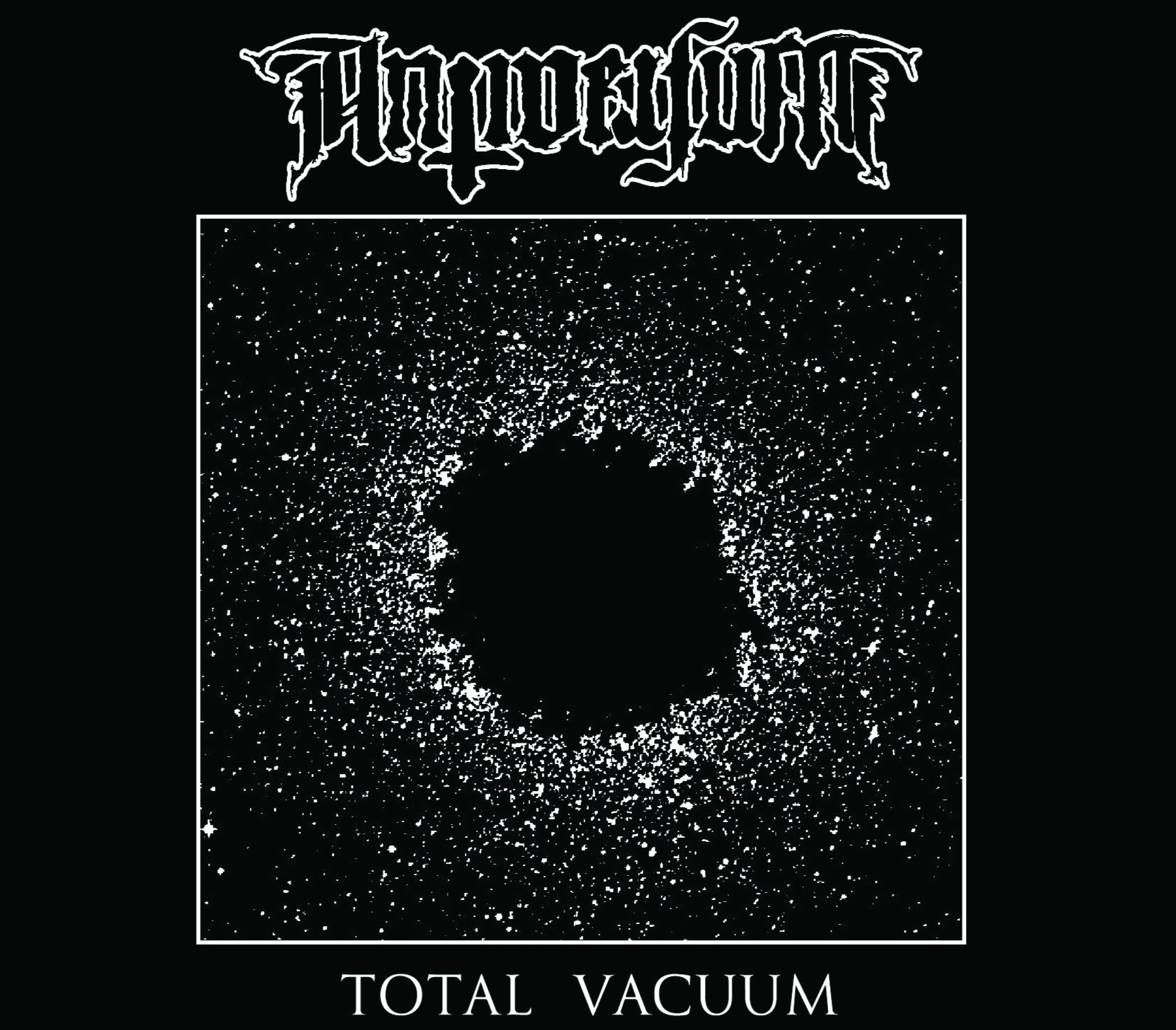 Al Necro is a tad excited about this latest review. What we have here this time out is the band Antiversum and their siphoning into a black hole mini-album, Total Vacuum. Antiversum are a strange bunch. The music isn’t strange – its quite beautiful actually. An addictive slab of black/death/doom, these guys will have you drifting slowly into a sewage tank somewhere in the slums of São Paolo a few moments after the opening salvo. The band slows things down and the sound sucks in all life on earth as we know it. The tremolo riffs and rung notes collide with death metal growls more guttural than Corpsegrinder with a case of strep.

Downpicks and up picks are all the same torture, brothers and sisters of the cvlt. The guitar sounds almost Grave Upheaval-like; almost, of course, but not quite. The sixth and fifth strings sound like they’re covered with mold. The chord transitions have as much grit as a tractor moving through a gravel driveway. The chords on the upper frets help lend some miasmal atmosphere to the record. The blackened touches are fantastic. The band periodically pick up the defibrillator to up the pace, but this is down-tuned ritual music like cvlt fans love. So get a copy of this beast if you like blackened doom with death metal vocals. The songwriting is simple. No winding tempo changes that dizzy up Little Miss Muffet after the spider falls into her bowlful of curds and whey. There’s a little chugga-chugga adding nuance, but overall, the band doesn’t shred much, and most of the riffs are dirgy black metal tremolo riffs and slow downpicks and up picks very much like a meat grinder sucks in the steak and grinds it into beautiful strings of meat. The album is four songs long, and repeat listens are likely amongst the most metal of you mavens. Guaranteed.

No tech leanings. No buzzsaw riffs. No rock and roll inclinations to be had here, friends. What you get is soul-sucking madness at the speed of decomposition. The occasional blastbeat tremolo riffs only speed up the descent into the maelstrom. See Edgar Allan Poe’s The Pit and the Pendulum for a cathartic experience with Total Vacuum as an apt soundtrack. Score another one for Invictus Productions. Support Antiversum’s Total Vacuum. Hole yourself in some shack with shuttered windows and listen to this for days on end. You’ll never see the daylight quite the same way again.