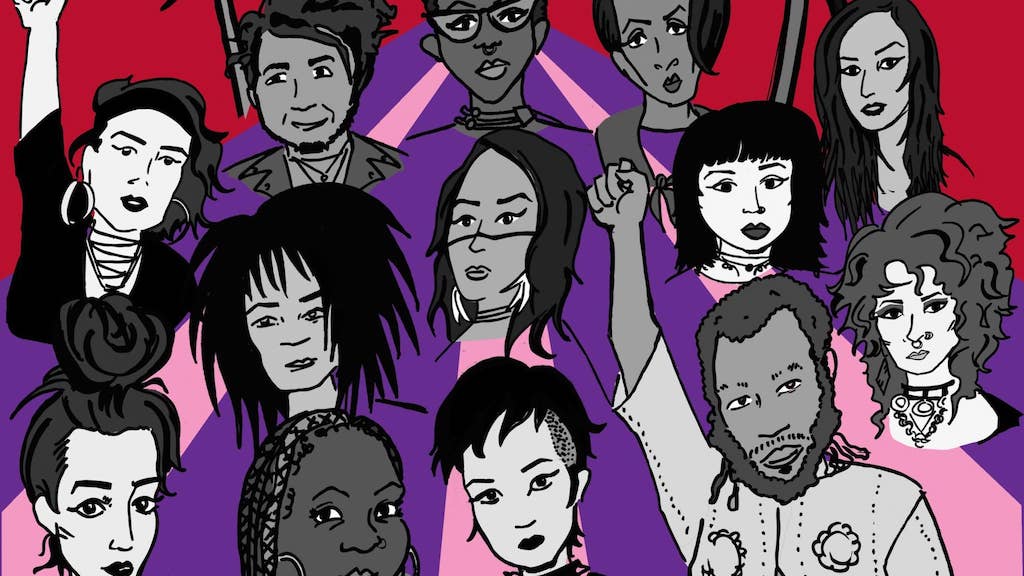 Unless you’ve been living under a rock for the past well, ever, you’re keenly aware of methodical societal mechanisms that have set global norms to represent a putrid tandem of oppressions that combine to hold individuals into rigid hierarchies of domination. Racism, Sexism, Classism, Homophobia, Ablelism, Ageism, Transphobia, Gatekeeping, Xenophobia, Speciesism, and countless more to create an interlocking matrix, each informing the next to create everyday lives robbed of land, autonomy, and social mobility. Of course, the masters would call it “freedom” to convince the world we all have an equal shot at prosperity but we’re not stupid, this freedom extends only to society’s privileged or those that wish to participate, at least to an extent, in its established modalities of hegemony. But if we dare to peer under the veil that keeps the world in this sick cycle, we realize that all forms of supremacy depend on each other to operate and they must all be undone at the same time. While no doubt a tall order, our generation is being called upon to perform this task or risk the complete annihilation of the biosphere, humans included.

In order to subvert some of the aforementioned networks, Psychic Eye Records is releasing a double CD and digital compilation of over forty artists to raise money for various autonomous organizations. The compilation splits proceeds between Black Lives Matter Louisville (KY) and The Florence Immigrant & Refugee Rights Project (AZ), a legal organization that represents migrants in ICE detainment centers.

With a mix of music styles spanning genres from punk to goth to electronic to hip-hop, the artists agree on one thing: that we must all stand together to fight fascism and racism, and abolishing ICE and defunding the police is society’s only way forward. While curating the compilation, Psychic Eye label founder Akiko Sampson (who also performs in Yama Uba and the post-punk band Ötzi) quickly found themself with almost too many bands to fit on one compilation, based in all of the regions of the mainland US. “I.C.E. detention centers are a United States problem, and while anti-blackness can be found all over the globe, we face a particularly severe problem here with police killing Black people and brown people with impunity, along with the institutional racism that’s so deeply rooted in our country’s foundations. We chose two organizations on the ground in the BLM and anti-ICE movements that very effectively push for institutional changes in hostile local environments. This is our way, as artists, to directly support the activists that are making positive changes against all odds.”

Included in this release are artists statements that include some of the following:

I had no idea how telling this song would be of the current US political climate when first written last year about Rojava’s uprisings. This new version of “When they rose” strives to amplify the radical anti-racist and anti-fascist energy powering the ongoing fight to abolish the entire Prison Industrial Complex, centering the Black Lives Matter movement and including dismantling ICE.

As anarchists and punx we believe that capitalism and fascism, in the historical and current context, uphold and preserve white supremacy and vice versa. We want to use our platform and music/art as a means to fight fascism and white supremacy.

I speak for myself when I say that I will do anything and everything in my power to help create a world where black voices are heard, valued, and listened to because we are considered full human beings worthy of love, support, and care, and not solely because we are trending on social media, are a means to gaining more social capital, or considered to be a social liability. I am in full support of the movement to end the dehumanization and exploitation of black lives and every other life.

As a human being, let alone a Jew, I fucking hate nazis as well as anything remotely resembling fascism. Systemic discrimination and marginalization need to be dismantled and abolished using all accessible tools and platforms available. Die Nazi Scumfucks Die.

Bastet as a band stands for equality, justice, and freedom for all, and we are fighting to see the fascists, racist oppressors decimated in our time.

Like so many who have a deeply-held commitment to justice, we feel it’s incumbent on us to help end State-sanctioned violence, liberate Black people, abolish ICE, and end white supremacy in any way we can. By contributing to this compilation, we hope to leverage any reach our art has in service of this goal.

This compilation is about acknowledging what’s going on around us and realizing we’re in this together. Rehem means mercy and we will show none to racist/fascist.

This monumental release is available for preview and pre-order via Psychic Eye Records with the full release coming November 30th. Reserve your copy now and play your part in shaking the corrupt foundations of a society nauseous with bigotry. Check the full tracklisting below and keep fighting the good fight on every front! 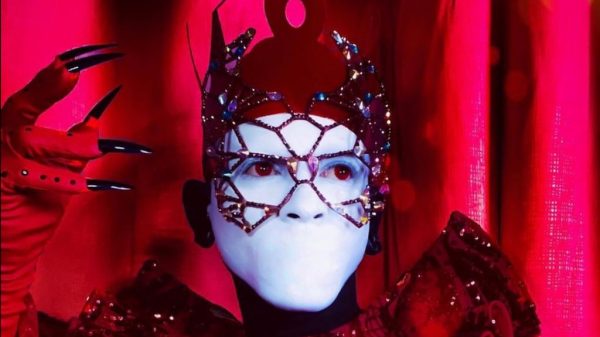 don’t give in to the hate state! Watch The V.E.X. MOIRA SCAR “FreakFace” Video

I’m so glad to be alive in 2021 because I feel like all of the things I wanted to see happen in the world...