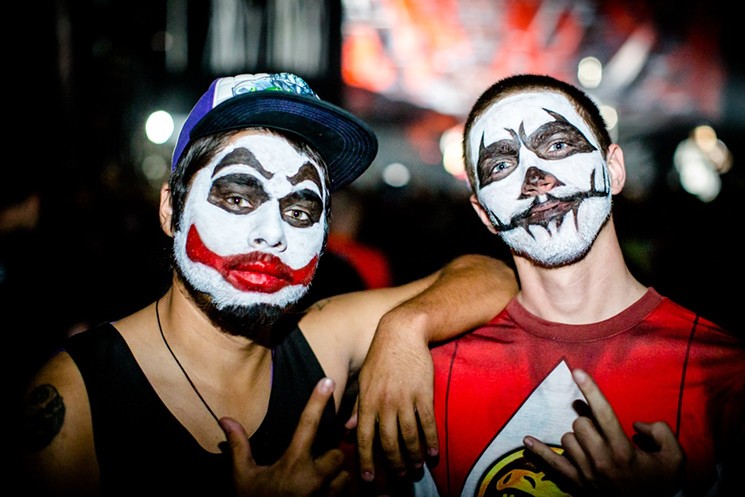 In case you haven’t had the displeasure: “Incels” — an abbreviation of “involuntary celibates” — are a group of men who meet in the dark corners of the web to support each other’s rampant and often violent misogyny. For as long as the incel subculture has been around, the group has always had ties with white supremacist groups for the simple reason that incels tend to be abhorrently racist, and these two groups have the unrivaled ability to ruin virtually anything that would otherwise be looked at in higher regard.

At the Unite the Right rally in Charlottesville, for example, dozens of white supremacists marched with tiki torches while making antisemitic chants, so Tiki Brand (one of the only known manufacturers of tiki torches) had to issue a statement, saying that they did not manufacture kitschy mosquito repellents with goals of a white ethno state in mind (this needed to be said, for some reason). The Matrix, a film made by two trans women, became associated with “men’s rights” activists after they gave the phrase “red pill” enormously negative connotations.

And now Joker, a recent film starring Joaquin Phoenix, is finding itself at the crux of a national dialogue on incels and how the Joker character is a de facto symbol of the movement. As we reported earlier this week, the Texas Department of Public Safety warned of the possibility of an incel conducting a mass shooting at one of the movie’s screenings.

So now that incels have ruined one of the most famous clowns in all of pop culture, it’s time that we fight fire with fire and claim Insane Clown Posse as the symbol of the anti-incel movement.

Think about it. Juggalos, as fans of the hip-hop duo are known, have spent well over two decades being the laughingstock of the music world, and they were almost always at the bottom of the social totem pole. People have stereotyped Juggalos as being white trash and unhygienic, and there is undoubtedly some lingering angst within the subculture.

But you know what Juggalos didn’t do? They didn’t engage in mass shootings. They didn’t say reprehensible things about minorities. They didn’t live in a perpetual state of social isolation as some destructive means of coping.

Matter of fact, Juggalos are a surprisingly progressive and inclusive subculture. Insane Clown Posse used to burn Confederate flags onstage and even wrote a song about attacking Klansmen. The anti-racism and anti-elitism of the duo and its fans even helped sprout a fortuitous camaraderie between Twitter leftists and Juggalos. Juggalos also protested the FBI’s labeling of them as a gang in Washington, D.C., and this march competed directly within the vicinity of the pro-Trump “Mother of All Rallies” that same day.

They may be stereotyped as slovenly and unattractive, but unlike incels, have never provoked nor promoted misogyny. Quite the contrary, actually. Female Juggalos are often referred to as “Juggalettes,” and the dynamic between both groups is noticeably egalitarian. Every photographic slideshow of the Gathering of the Juggalos festival is marked “NSFW” or “18+” because many Juggalettes like to be scantily clad, if not completely nude in public, and people within the community never slut-shame them.

Juggalos are living proof that you can grow up as a reject that comes from similar circumstances as incels and still come out strong and dignified. They are a shining example of how a group of downtrodden misfits can come together and form a tight community of like-minded people who actually empower one another.

While incels heavily fixate on their height and the shape of their jawbone, Juggalos confidently walk around shirtless at shows without a care in the world. While incels go on racist diatribes, Juggalos actively fight for racial and socioeconomic justice. While incels go on rants about how desperate they are to feel the touch of a woman, and are in fact entitled to it, Juggalettes get nude at the Gathering, and it fazes nobody in attendance.

Juggalos are clearly the antithesis of incels, and if hateful misogynists want to co-opt the likeness of a famous clown, then two can play at that game. We anti-incels need to make Insane Clown Posse the face of our cause, and we need to uphold Juggalos as the model outcasts they truly are.