It’s all about the music, right? Most artists today come with some type of extraneous trait that they use to further their music and how to interact with it, but some artists choose to reject this notion. Across genres such as R&B, Electronic and Pop music, artists have chosen to hide portions or the entirety of their identity. Metal is undoubtedly the guiltiest of this trick. For decades now, we have seen artists use a veil of anonymity in order to mask their identity while furthering the mission of their music, which always boils down to some version of, “It’s just about the music.” Initially, this sounds like a just cause, and typically it begins as such during the early stages of an artist’s career. After thirty plus years of being subjugated to this technique by numerous artists, it is time that it stops. Anonymity has now become entirely overdone, pretentious, and it almost always results in the antithetical rather than the artist’s original mission.

The number of artists that have used anonymity to divert attention from themselves has been steady since the early 90s Norwegian black metal scene. More recently, artists like Ghost Bath, Briqueville, and Ghost have chosen to shroud themselves in order to have their artistic output remain centered on the music itself rather than anything frivolous. Typically this is a response to mainstream pop artists that some would consider more vapid because they sell themselves rather than a message or enlightened piece of social commentary. Choosing an unknown image is just as much a conscious decision as is choosing to mold oneself with today’s trends in order to sell records. It may not have as wide a net as what a mainstream pop star would do, but this decision still has a target audience. Mystery generates hype and intrigue too. To consider one method more pure or noble than the other is simply trivial.

Artists like Deathspell Omega have been using anonymity since the 90s, and examples can be drawn even further back, such as the early stages of Kiss. Outside of metal, artists like Aphex Twin and Burial have embraced a low profile while putting out their music for the same reason. The focal point of their artistic music should be nothing more than the music itself. For an artist like Deathspell Omega, who started their band before the internet really took off, this probably seemed like not just a noble cause, but a viable pre-social media option. In the internet and social media age, this is no longer the case. The Facebook, Soundcloud, and Spotify consumers have entirely different expectations about what the artist should provide for them. Communication and transparency is one of those expectations. Artists are entitled to share as much or as little as they want about themselves, but that does not change the fact that consumers have always demanded to know things about the artists, and in the present era they are getting it at an unprecedented rate. Fans have proven time and time again that when they are denied this privilege they will stop at nothing to discover who the artist is behind the art they create, and today this information is easier to find than ever. A witch hunt is never part of an artist’s original plan.

For a small percentage of fans, who the artist is can become an obsession, but for the average fan it is still an undeniable subplot. The veil of mystery takes the place of an image and can begin to pigeonhole artists. Being known as an anonymous artist is a label that can become deeply ingrained within a fan base and extend outside to the general music fan. When other music fans only know an artist because of their reputation for the mysterious, image has overtaken output. At this point, the artist has been placed in a difficult situation. They risk becoming a spectacle rather than a musician. Ghost Bath recently joined the likes of Myrkur, Slipknot, and the countless others who gave in to the unrelenting negative attention that this can bring via their Facebook page. Although social media may seem like the furthest thing from what these artists want, perhaps it can be a gateway toward a compromise. Most fans simply want interaction, and artists can certainly use their Instagram, Facebook, or Twitter to converse with fans and relay news without revealing themselves. Most fans would likely relent if artists remain interactive and personable.

Artists who want to enlist this gimmick have every right to do so, but they must be prepared to accept that fans are entitled to their own curiosities. There are always consequences that result in exchange for their privacy. Many times, these consequences can seem unpredictable, but history shows that this causes problems for almost every artist that garners some amount of popularity. If the cost of a bit of an artist’s privacy is sanity, quelled rumors, and a return to focus on the music itself rather than the monolithic mystery of their image, both sides can be appropriately satisfied. 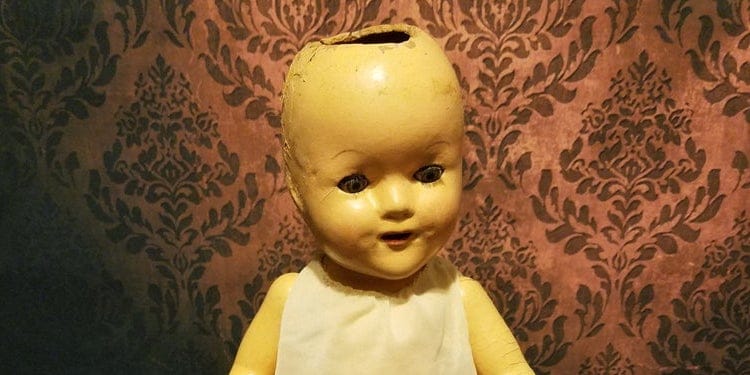 26 Haunted Dolls Not for the Inexperienced Guardian

My friend Isabella is looking for a haunted jester, and the other day she was posting some of her options on her instagram. I...