— After receiving an Iron Cross for his bravery in battle during World War II, Mengele was sent to the infamous Auschwitz concentration camp in Poland on May of 1943. It was here that he earned the nickname “Angel of Death” for his cold, dispassionate demeanor in picking out victims for his brutal experiments.

— He was originally placed in charge of the Romani people at the camp, AKA “Gypsies.” Nazis considered them to be an inferior race like Jews. His duties eventually expanded to where he was permitted to experiment on all inmates at the camp who hadn’t been marked for the gas chambers.

— The “selection” process at Auschwitz involved observing new arrivals at the camp. Those who were deemed unfit to perform hard labor were sent to the gas chambers. All others became camp inmates and were treated as slaves. Whereas most doctors at the camp seemed to find the selection process to be depressing, Mengele was known for showing up all the time, even when it wasn’t his shift, and taking great delight in deciding who lived and died.

— In one case while standing on the selection line, a woman who was about to be separated from her child bit a Nazi officer. Mengele responded by shooting the woman and child to death, then ordering that everyone in the line be sent to the gas chambers.

— Mengele had a keen interest in twins due to the fact that he could use one as a test body and the other as a control while performing his grisly experiments on them. It is estimated that during his year and a half at Auschwitz, he experimented on 3,000 twins—only 200 of whom survived.

— Bizarrely, Mengele’s demeanor toward the children was often described as sweet and caring. He introduced himself as “Uncle Mengele” and often came bearing sweets.

— Mengele had a special fascination with heterochromia iridum, a condition in which people have eyes of two different colors. He conducted numerous tests where he attempted to change people’s eye colors by injecting chemicals into the eyeballs of living subjects. If it didn’t work, he’d simply rip out the victim’s eyeballs and send them on to Berlin for further testing.

— His brutally cruel experiments are without parallel in human history. He placed victims in pressure chambers, injected them with drugs and lethal bacteria, castrated them, froze them to death, performed surgery on them without anesthesia, gave them sex changes, and amputated their limbs. And the majority of his victims were children.

—  A witness named Vera Alexander recalls how Mengele sewed two Romani twins together back to back in an attempt to make them into conjoined twins. Their hands became badly infected and they died of gangrene after suffering for days.

— In one instance, he took a pair of male twins and kept placing them in a vat filled with extremely hot water. Then they were strapped to a table and had every hair on their bodies systematically plucked out at the root. Then they received painful enemas and had their rectums hyper-descended. All of this was performed with zero anesthesia and had the victims howling in pain.

— In another case, he kept two female twins in tiny wooden cages and kept injecting them in the back with painful substances.

— Over the course of one night, he rounded up 14 pairs of Romani twins, injected chloroform into their hearts (which instantly killed them all), and then spent the night dissecting their bodies and taking notes.

— Josef Mengele was born to a wealthy family and despite his later atrocities, he was a handsome, genial, and popular person.As a boy, his obsessions were music, the arts, and skiing.

— He received Ph.D.s in anthropology and medicine.

— Prior to joining the Nazi Party, he published three scholarly works in medical journals: Racial-Morphological Examinations of the Anterior Portion of the Lower Jaw in Four Racial Groups, Genealogical Studies in the Cases of Cleft Lip-Jaw-Palate, and Hereditary Transmission of Fistulae Auris.

— As Soviet forces were swarming into Germany, Mengele escaped Auschwitz by dressing as a normal German infantryman.

— Americans captured him and held him as a POW. Even though he was listed under his real name at the time, his captors did not make the connection and released him shortly thereafter. 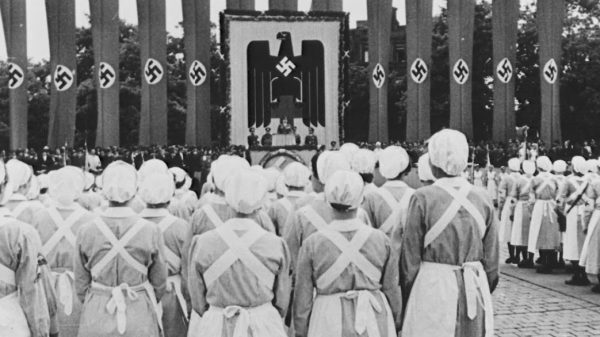 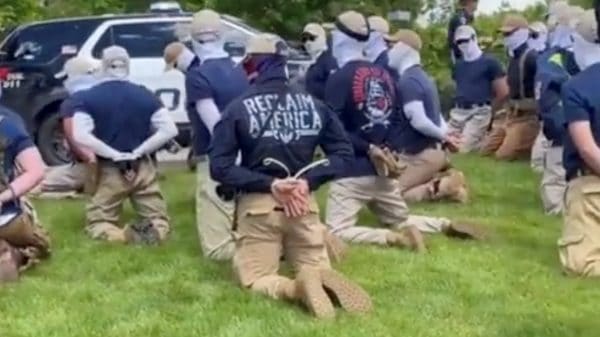