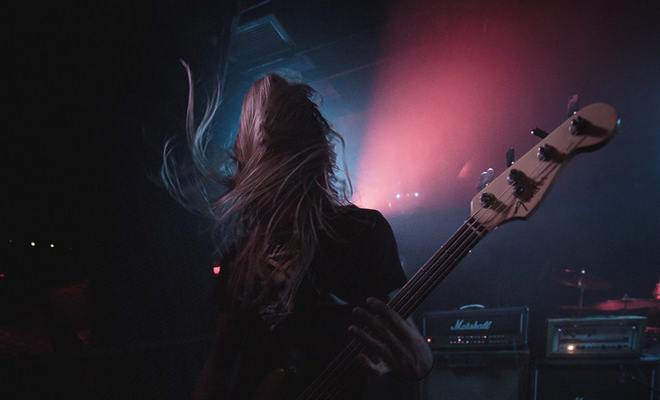 This is what I’d consider a perfectly paced show. It’s always nice when the bill is put together in such a way that all the artists complement one another perfectly, and this evening was a good example of this. To this effect, Destroy All kicked the night off and lived up to their name by coming in crashing through the gates, with aggression that can only be considered relentless. Although by this point in the evening attendance was still relatively sparse, their performance did well to remind people that this wasn’t going to be a quiet show.

Skull Vultures took the stage next, and in a way provided the perfect transition from unbridled anger to something more controlled, yet no less crushing. I’m constantly amazed at how this band can be so technical, yet so melodic, and seem to do it so effortlessly.

This was a tour kickoff for both Anciients and Black Wizard. For those that don’t know, they share a member in Kenny. While Anciients runs the gamut from almost every style of rock and metal you might ever dream of, and somehow manages to make something incredibly cohesive out of it, Black Wizard tend to focus more on the hard rock and psych elements. They both delivered performances that left me with no doubt that they’d be melting faces across the country.